Charlie Austin’s last-minute penalty sent West Brom back to the top of the Championship.

Despite enormous appeals from the home side, referee Oliver Langford pointed to the spot after keeper Declan Rudd was ruled to have brought down West Brom’s Kyle Edwards in the box.

Austin, who had just come on as a substitute, sent Rudd the wrong way to end a night of frustration for Slaven Bilic’s side. 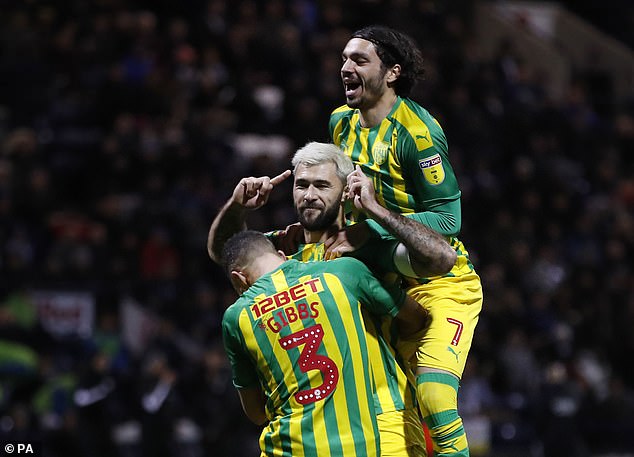 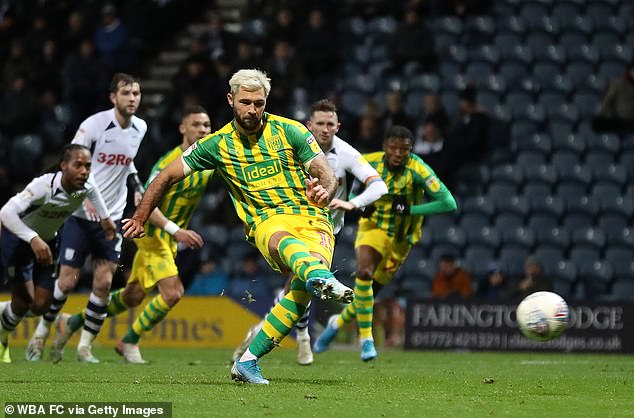 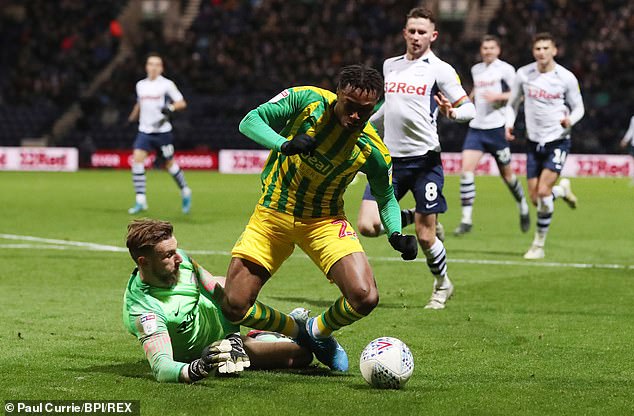 The result was cruel on injury-hit Preston who battled so hard.

The two teams had scored 66 goals between them so perhaps it was inevitable that the game between the club looking to extend the Championship’s best home record against the side eager to embellish the joint best away record should have to wait so long for a goal.

But Albion will be kicking themselves for not having the game wrapped up by half-time.

They exuded all the confidence of a team who came into the game on the back of a four-game winning run and an eight-game unbeaten streak, stretching back to their only defeat of the season to title rivals Leeds. 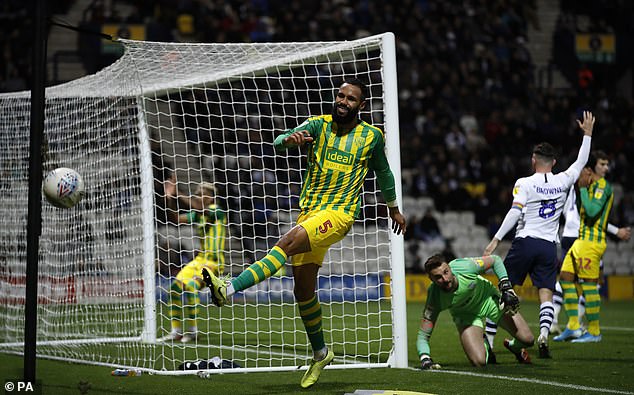 Kyle Bartley had clearest chance for the visitors, sweeping wide a free-kick at the back post

It looked a mis-match in the first half with Albion dominating possession and carving out a number of chances against Preston, who were missing five key players and whose confidence had been hit by two successive away defeats at Derby and Hull.

The big surprise was that it was goalless at the break with Preston struggling to find any rhythm.

Rudd kept them in it, saving shots from Nathan Ferguson, Hal Robson-Kanu and Matt Phillips, who also curled an effort wide.

Albion should have taken the lead when defender Kyle Bartley somehow fired wide from close range after Phillips’ free-kick found him unmarked at the far post. 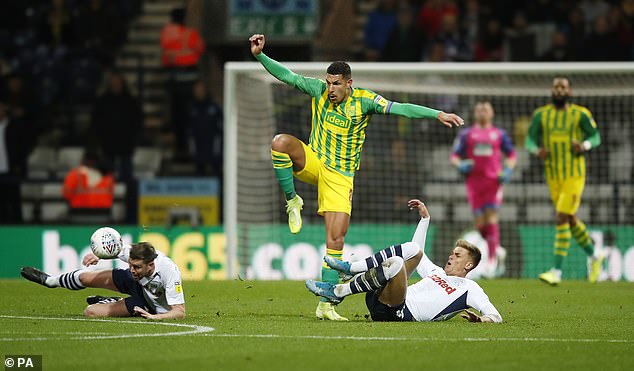 Preston simply could keep the ball for more than a couple of passes and their only goal threat in the first period came when Sean Maguire wriggled along the by-line and saw his shot from an impossible angle beaten away by Sam Johnstone.

No doubt fired up by Alex Neil, Preston improved drastically after the break when they showed greater energy, aggression and goal threat.

Johnstone’s fingertip save from Daniel Johnson denied them the lead before Alan Browne’s goal-bound shot blocked by Ferguson virtually on the line.

Preston peppered Albion’s box with long balls and crosses for a spell but they weathered the storm but had to wait until Austin’s spot kick in the 90th minute to clinch the three points.

The FA Cup draw just before the game handed Preston boss Neil a third round home tie with to former club Norwich while Albion will travel to fellow Championship side Charlton.

Virgil van Dijk PFA Players’ Player of the Year: Why the Liverpool defender is a worthy winner