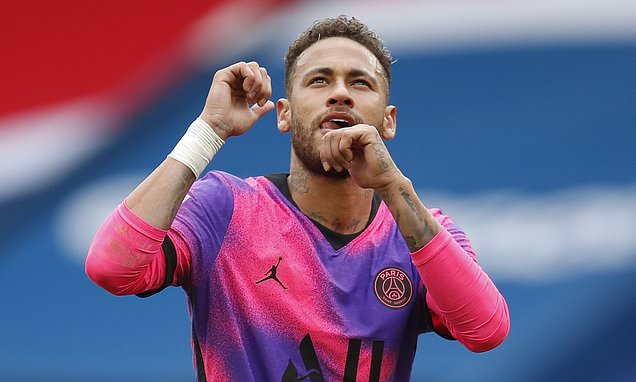 PSG 2-1 Lens: Neymar and Marquinhos strike as the French champions re-take Ligue 1 lead by two points… piling the pressure onto Lille and Monaco

PSG are back on top of Ligue 1 in their frantic title challenge, edging past newly-promoted over-achievers Lens at the Parc des Princes on Saturday.

Neymar struck first for the Parisians, profiting from some Lens confusion to nick the ball, speed into the area and slot under the keeper. Marquinhos rose highest from Brazilian’s corner on 59 minutes, doubling the lead with a powerful header.

Two minutes later their advantage was cut by Ignatius Ganago, who latched onto a botched overhead-kick attempt to finish from six yards. Mauro Icardi has a goal ruled-out for off-side late on, but the champions held on. 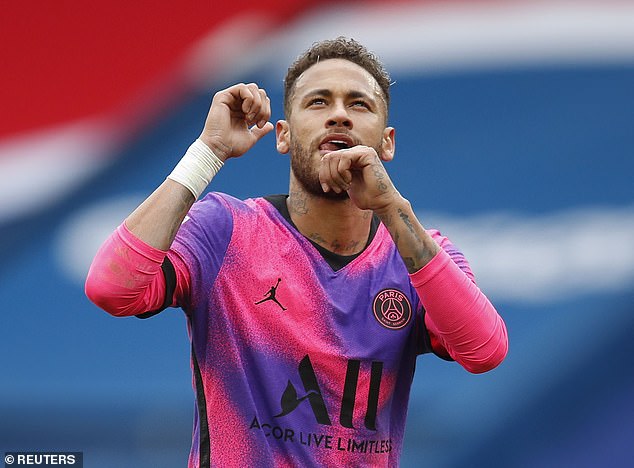 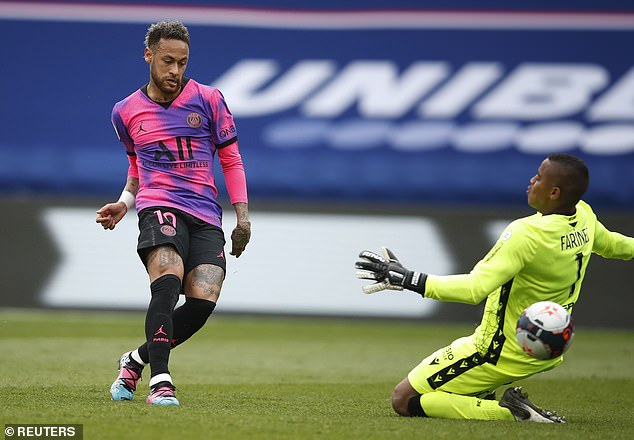 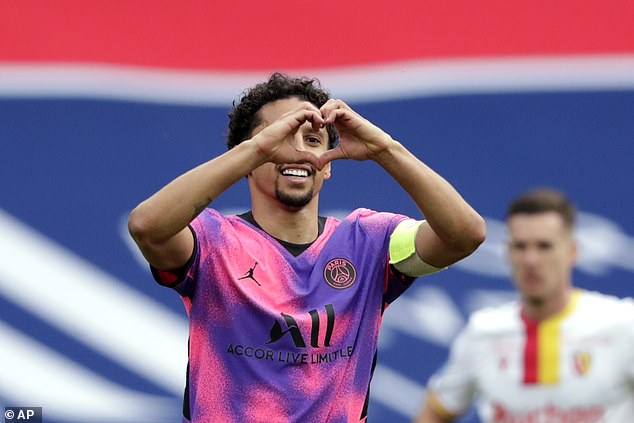 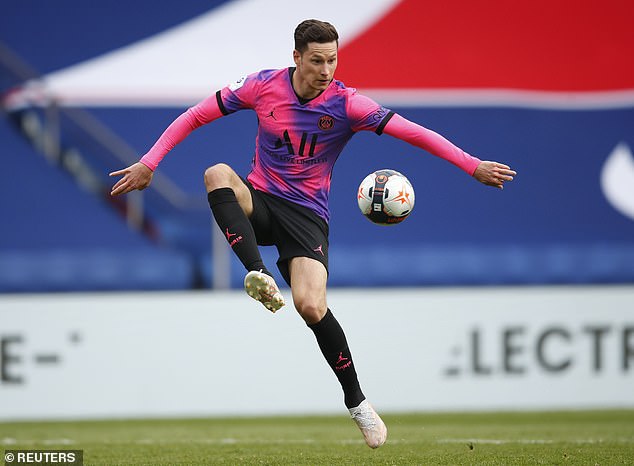 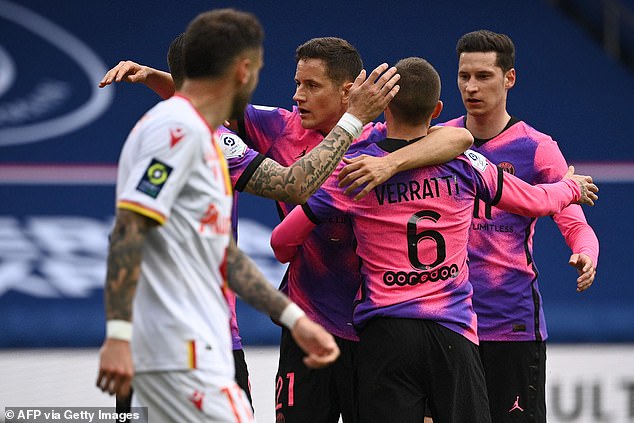