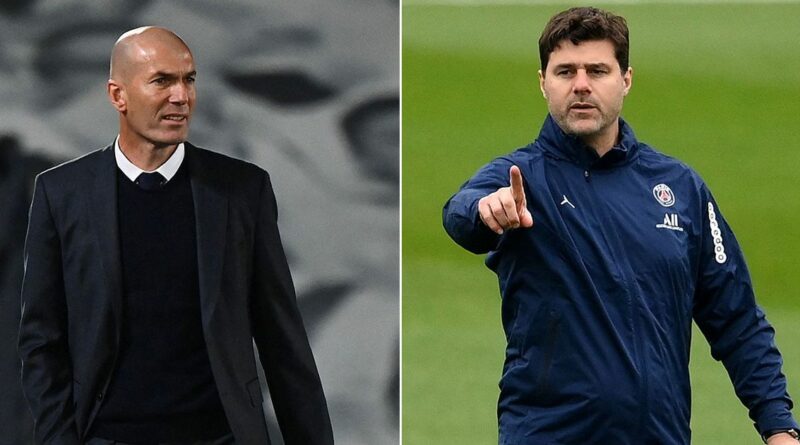 Mauricio Pochettino is reportedly set to be axed as PSG boss with ex-Real Madrid manager Zinedine Zidane waiting in the wings to be installed as his replacement.

The Argentinian, 50, failed to deliver the Parisian's inaugural Champions League trophy, throwing away the quarter-final clash against Real Madrid in dramatic style. Leading 2-0 on aggregate with half an hour left to play, the Ligue 1 giants were thwarted by a quickfire hat-trick from French hero Karim Benzema and their European trophy desires were tarnished for yet another season.

While Pochettino managed to break his trophy hoodoo across the channel, as PSG recorded triumphs in the Coupe de France and Trophee des Champions last campaign before romping to the Ligue 1 title this season, the three feats will not be enough for him to keep his job.

Spanish outlet Mundo Deportivo state Pochettino has taken his seat in the Parc Des Princes dugout for the final time and ex-France captain Zidane will be appointed his successor. The report claims the 49-year-old former Real Madrid man is travelling to Qatar to meet with the owners and finalise the remaining details of his contract.

The deal is anticipated to be announced tomorrow with Zidane's phenomenal success in the Champions League at Madrid a deciding factor in his installation. The Frenchman is also the idol of star man Kylian Mbappe, though it is unknown if Mbappe's newfound influence within the club has had any impact on the upcoming appointment.

Pochettino had already teased his dismissal via a cryptic post on his Instagram story. The ex-Tottenham boss published an image of himself holding the Ligue 1 trophy to his 677,000 followers- the photo is now believed to be a farewell message to supporters.

HAVE YOUR SAY! Is Zinedine Zidane a good appointment for PSG? Let us know in the comments section.

Despite constant rumours of his sacking, Pochettino had previously commented he was "calm" with the situation and had expected to see out the remaining year of his contract.

He told Esport3: "I have one year left on my contract and there are a lot of rumours. Every week I am fired. PSG arouses this kind of thing. The club is trying to reinvent itself. The president will soon explain his new project, but I’m calm.

"To get there (at PSG), you have to be a good coach and after a year and a half there, I feel like one of the best. To lead a locker room with so many stars was a daily learning experience.

"We were very close to knocking out Madrid, like Chelsea, City and Liverpool. We went through it. I think we were far superior, but we missed the finishing touch. If the objective is to win the Champions League, it is normal to generate this kind of storm." 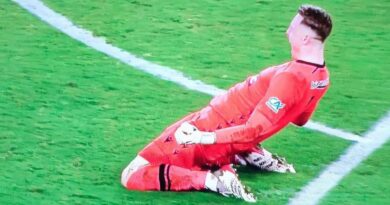