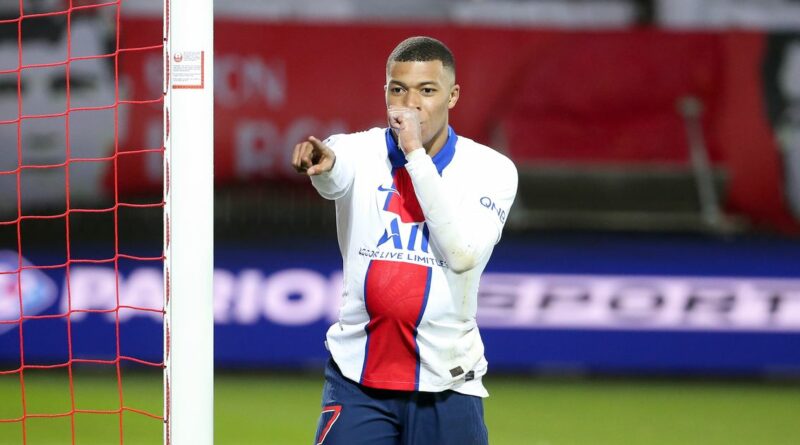 Mbappe has been linked with a move away from the French capital for a number of months, with Liverpool and Real Madrid listed as possible destinations.

The talented youngster is out of contract at PSG next summer and will be allowed to leave for free in 2022 should he fail to extend his stay at the Ligue 1 side.

Despite the future of Mbappe remaining up in the air, Al-Khelaifi has made clear that the prolific forward is not for sale as he backed the 22-year-old to remain in the French capital.

"I will be very clear: Kylian Mbappé is going to stay at PSG," he toldL'Equipe.

PSG recently tied down Neymar to a new contract, lasting until 2025.

With the Brazilian staying put in Paris, Al-Khelaifi now hopes Mbappe will follow in the footsteps of his current teammate.

"It was not difficult to reach an agreement with Neymar. It only took so long because of the health crisis. I never had doubts," said the PSG president.

Do you think Mbappe will stay at PSG? Comment below.

"All I can say is that things are going well [with Mbappe].

"I hope we can reach an agreement. This is Paris, this is his country.

"He has a mission, not only to be a footballer, but to promote Ligue 1, his country and its capital."

Mbappe appeared to play down rumours of an exit from Ligue 1 after PSG's final league match of the 2020/21 campaign, expressing his commitment to the club's project.

"Everyone knows how profoundly attached I am to the club. I have always been very thankful towards the president, my different coaches,” he told Canal+.

“What I want, is to win, feel like I am somewhere where I can win, where there is a solid project around me. The footballing project is essential. I want to feel like I am part of a team that is going to do something.

“Then, up to us to show what we can do, we are talking with the club, we will see what happens. In any case, I have always been happy here and I have had four exceptional years here, we are very clear with the club."

Romelu Lukaku says it was 'a dream' to join Inter Milan

Klopp 'wants to meet Werner to convince him to join Liverpool'