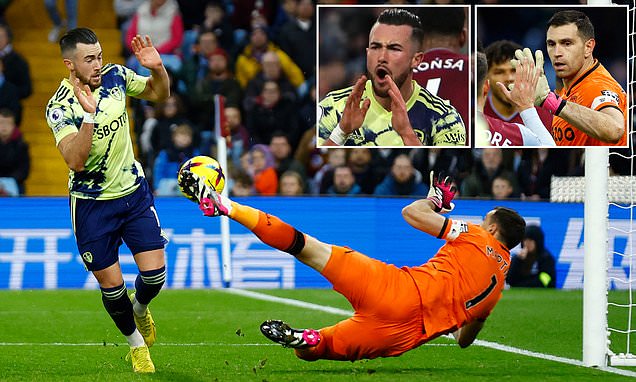 ‘A World Cup winner with a world class save!’: Pundits heap praise on Emiliano Martinez after the Argentine keeper makes a brilliant point-bank save to keep Aston Villa 1-0 up against Leeds

Emiliano Martinez has been widely praised after a brilliant save in the first half of Aston Villa’s clash with Leeds.

Villa led 1-0 up after an early Leon Bailey goal but were being put under immense pressure from Leeds when Luke Ayling whipped a dangerous ball into the box.

It fell to Jack Harrison, who met the cross powerfully but couldn’t get passed Martinez, who made himself big and kept his side ahead. 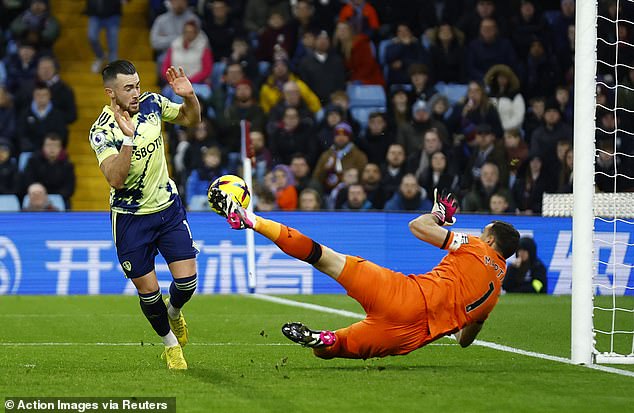 Speaking on Sky’s commentary, Gary Neville said Martinez was ‘a World Cup winner with a world class save,’ while Jermaine Beckford added there was ‘not much else Harrison could do.’

Dion Dublin agreed that it was ‘a great save’ but felt the chance was a wasted one for Jesse Marsch’s side as he argued ‘he has to score.’

Despite the scoreline, Leeds troubled Villa throughout the first half and required another moment of defensive brilliance on one of the rare moments when Martinez was beaten. 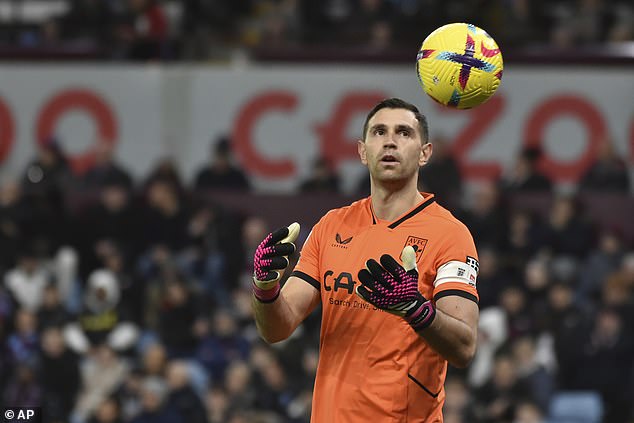 Rodrigo, one of the form strikers in the Premier League, brilliantly rounded the keeper after 42 minutes and looked certain to score, but Alex Moreno ran in brilliantly on his club debut to clear the ball of the line and keep Villa in front.

The home side’s need for individual brilliance at the back typified a half that saw Leeds constantly knocking on the door, as Unai Emery’s side were forced back.

It remains 0-0 in Birmingham as the visitors push to get something from the game and drive them away from another relegation scrap.