Xherdan Shaqiri has been left of Liverpool’s squad for Tuesday night’s game against Red Star Belgrade over fears about the reception the winger would receive due to his Albanian heritage.

The Reds will have to cope without the Switzerland international for the Champions League clash.

Here, Sportsmail provides an explanation regarding this unusual step. 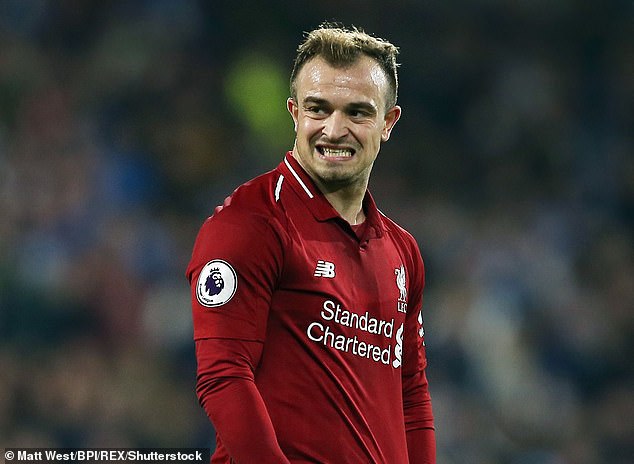 What is the issue?

Shaqiri was born in Gjilan, a city in Kosovo, and is of Albanian heritage. Amid tensions in the region, he moved with his parents to Switzerland in 1992.

Kosovo declared independence from Serbia in 2008, following war in the 1990s, which Serbia refused to recognise.

But why might it be a problem for him to go to Belgrade now?

Shaqiri caused controversy by celebrating his winning goal against Serbia in the group stage at this year’s World Cup by crossing his hands together in a double-headed eagle shape. For Albanians, the double-headed eagle is a symbol of pride which is depicted on their flag.

His fellow Swiss international Granit Xhaka — also of Albanian descent — made the same gesture when he scored in the same game. The pair were fined £7,600 by Fifa for expressing a political message.

The act was said to enrage Serbs, who do not recognise Kosovo’s independence, and ethnic Albanians, who dominate the country. 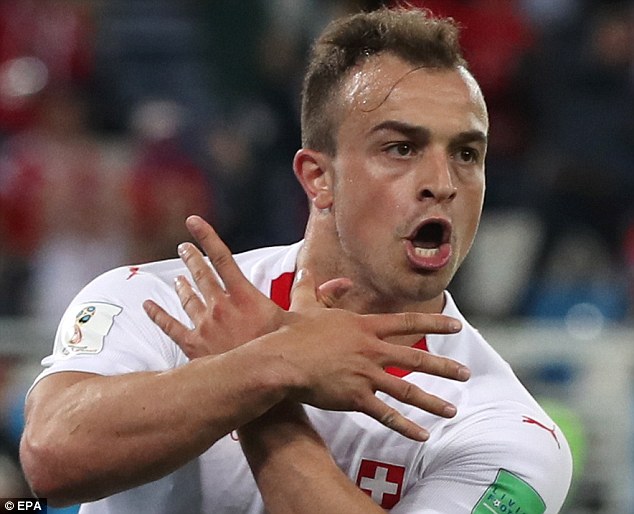 Why have Liverpool taken this decision?

Jurgen Klopp said Liverpool have read the speculation about what kind of atmosphere Shaqiri will walk into and wishes to defuse the hostility.

He said: ‘We want to go there and be focused 100 per cent on football and not have to think about anything else. We are keen to be respectful and avoid any distractions.’

What is Shaqiri’s opinion?

Klopp said Shaqiri accepts the call, but previous statements from the 27-year-old suggest he would have liked to play.

Speaking last month, he said: ‘I had this already at the World Cup so I know I can handle this no problem. It’s not about politics, it’s about football. I worry about nothing, and go to play.’ 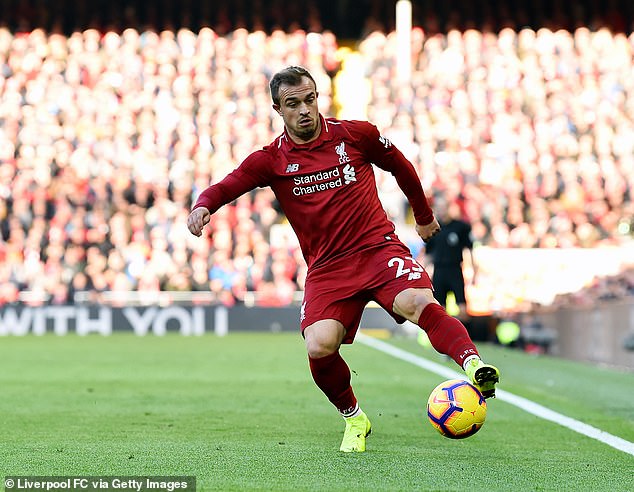 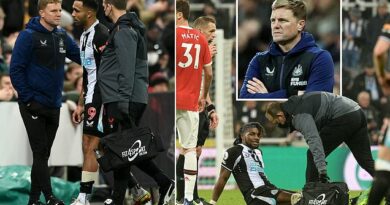