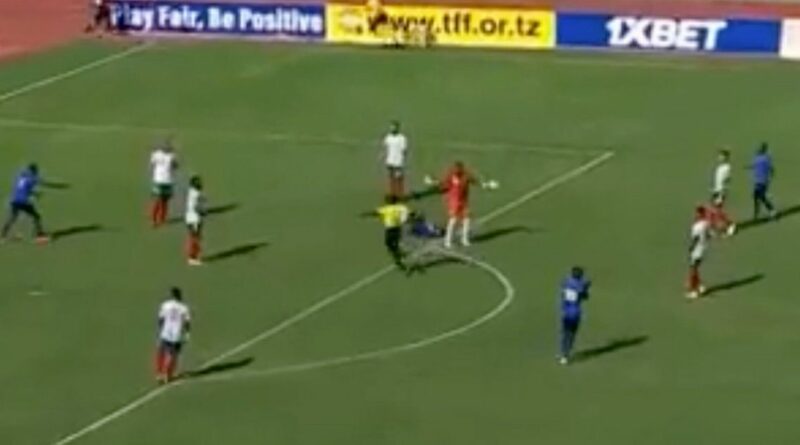 Tanzania were awarded a penalty after just five seconds of action on Tuesday evening in their World Cup qualifying clash with Madagascar.

The Group J sides met in Tanzania, with the home side looking to bounce back following a draw against Benin.

And the East African side got off to the perfect start when a long ball launched from kick-off bounced in the Madagascar penalty area.

Tanzania's forward Simon Mvusa was able to poke the ball past Malagasy goalkeeper Melvin Adrien before he was brought down.

The referee was quick to award the penalty, which was converted, as Tanzania went onto win the game 3-2.

Unfortunately, there are no official records kept as to what is the fastest awarded spot-kick of all time.

However, when Ghanian defender David Addy slid in on Montenegrin Filip Kasalica in March 2014, during an international friendly, it was regarded as the quickest international spot-kick awarded.

Kasalica was brought down after 10 seconds, double the time it took Mvusa to be impeded on Tuesday evening.

Have you ever seen a quicker penalty awarded? Let us know in the comments section

But outside of the international game, the fastest recorded is Witton Albion, who were awarded a penalty against Chester FC in the FA Trophy after six seconds.

The Guardian reached out to the Guinness World Book of Records for comments: “This isn’t something we currently have a record for but is something we would monitor.

"However the FA Trophy – which was the competition this was achieved in – would not qualify as the level of play falls below our requirements for professional standardisable sport.

"We must only accept those which occur at a top-level professional, international, or pre-eminent amateur (ie Olympics) level due to the various differences in competitions from country to country."

This leaves Tanzania's five-second penalty kick as the quickest in recorded history.

Tanzania doubled their lead shortly after, but Madagascar rallied and they had levelled the score by half-time.

It wasn't enough, and shortly after the restart, Tanzania found the winning goal.