Home » Soccer » Rafa Benitez: 'My Liverpool CANNOT be compared to Jurgen Klopp's side' 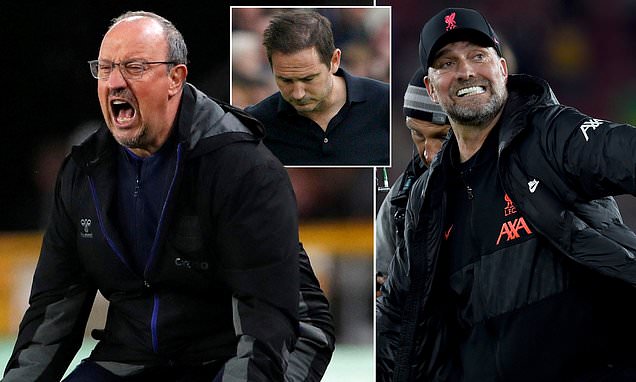 Rafa Benitez insists his Liverpool side can’t be compared to Jurgen Klopp’s because he ‘signs £40m players for the bench’… and Spaniard tells all on life at Everton (where a player got injured dropping FURNITURE on himself!)

Rafael Benitez has played down comparisons between his Liverpool side and Jurgen Klopp’s because of their greater spending power, and opened up on life at Everton.

The Spaniard, who spent six years at Liverpool from 2004-2010, claimed his transfer budget was only £20million, whereas current boss Klopp can sign £40m players for the bench.

And Benitez told Spanish outlet AS in a wide-ranging interview that he does not regret joining Everton in an ill-fated six-month tenure, and bemoans the bad luck he suffered at Goodison Park. 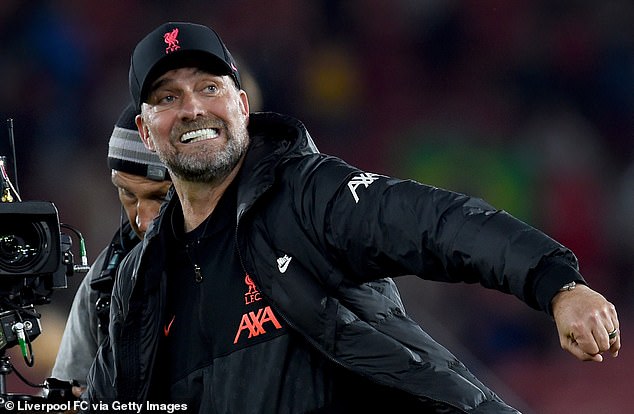 He said: ‘People remember (my) team… but they compare it to a Liverpool that has spent £1,000million, very well spent, it’s true, but with players worth 40 million on the bench.

‘That’s why you can’t compare my Liverpool and Klopp’s, because you have to look at the contexts. I had a budget of 20m, 20! Tell me now with 20m what Liverpool can sign, nothing, if they are signing players of £40m for the bench.’

Among the players who have generally been second-choice for the Reds this season are £36m defender Ibrahima Konate, £52m Naby Keita and £35m Alex Oxlade-Chamberlain in midfield, with £29m Roberto Firmino and £41m Diogo Jota up top.

Benitez also claimed his hands were tied with transfers while at Liverpool’s bitter local rivals Everton, the club only spending £1.7m on five players this summer to abide by Financial Fair Play rules after years of heavy spending. 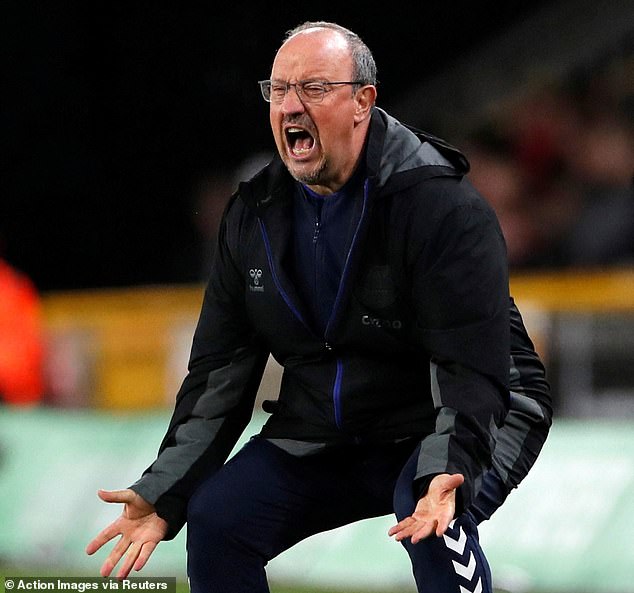 He added: ‘We only spent £1.7m… Even so, we worked with what was available, we were making the most of the team, but we began to have injuries and misfortunes: one who dropped a piece of furniture on his finger and four players were injured.’

The 62-year-old then insisted he does not rue his decision to join Everton, where fans quickly turned on him, exacerbated by his ties to Liverpool, and said the negativity of social media contributed to his sacking in January.

Benitez later declared his successor Frank Lampard must ‘assume responsibility’ for their current relegation battle given the league position Benitez left Everton when the former Chelsea boss took over.

He stated: ‘It was a decision with a certain logic at the time… but seems I was wrong. But I don’t see it that way. At that moment, Everton was a competitive team, we thought it would work. But when we left we were six points behind tenth, with two games less, and six points above relegation. 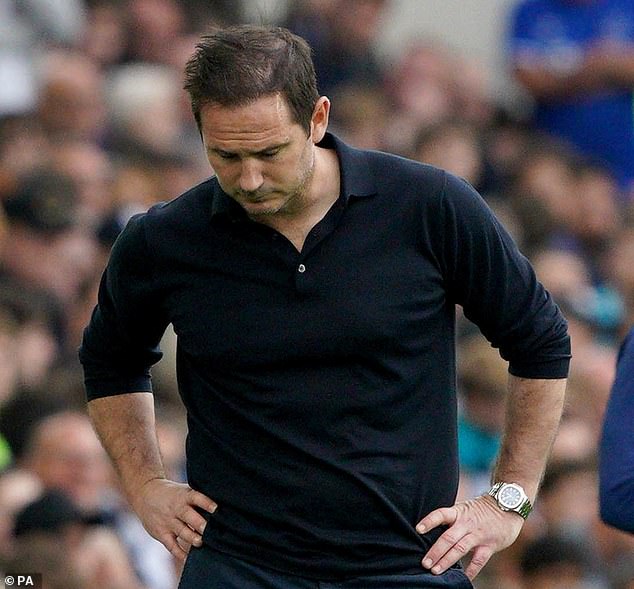 ‘It was a bad position for what was expected, but consistent and realistic with the investment and injuries. From there, we talk about patience, trust, but people get nervous, social media influences things and a decision is made.

‘Once we left, Everton made five new signings, got all the players back and had a new manager, who had to assume his responsibility. We did well at the beginning, we were a bit unlucky later and we didn’t have time to keep doing things and adjust.’

Interestingly, Benitez also revealed he signed a striker for Liverpool, who he described as a ‘great player’ and ‘perfect’ for the club, but had to sell him after six months because his wife didn’t adapt to life in the north-west.

It appears that player could be Irishman Robbie Keane, who signed for Benitez in July 2008 but rejoined Tottenham for a £7m loss in February 2009.