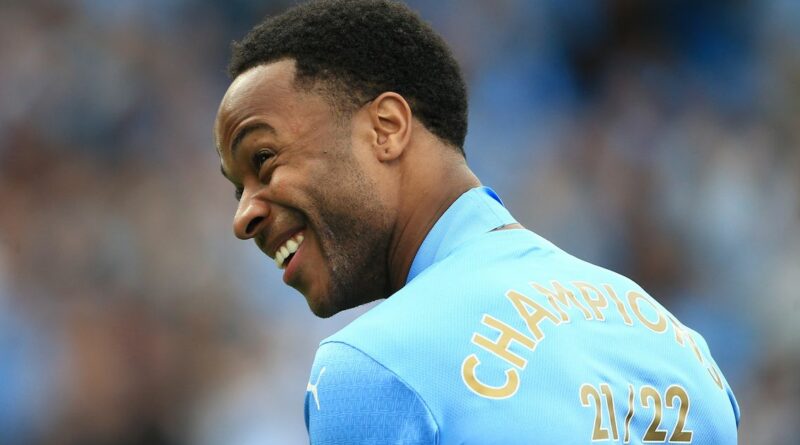 Raheem Sterling has held positive talks with Chelsea boss Thomas Tuchel as his £45million move from Manchester City edges closer, according to reports.

England international Sterling, 27, has been heavily linked with a move to Stamford Bridge since the summer transfer window opened last month. But talks between the Premier League champions and the west Londoners have accelerated in recent days, making a deal seem likely.

That is according to the Daily Mail, who claim that Sterling will join the 2021 Champions League winners on a four-year deal for a fee of £45million. It is said that the two clubs have been in regular talks over the former Liverpool man, who found himself a little out of favour at the Etihad last season.

Despite his status as one of City's most senior players, Sterling only made 32 starts in all competitions last term. His absence was most keenly felt in the Champions League, where he made the starting XI only five times throughout the course of the campaign.

That is significantly down on the 2020-21 season, when he made seven starts in Europe's top-tier competition and 41 in all competitions.

Would Raheem Sterling be a good signing for Chelsea? Let us know your thoughts in the comments section below.

City boss Pep Guardiola has hinted in the past that he would not stand in Sterling's way if he wanted to leave the Etihad. A parting of the ways now looks likely after Chelsea made a former approach to City for Sterling, with a view to getting a deal over the line before the end of the week.

The midfielder has already spoken to Blues manager Tuchel, with their discussions dubbed 'positive.' The pair reportedly talked about how Sterling would be used at Stamford Bridge, which solidified the player's desire to leave City.

Tuchel could return to the Premier League champions for further reinforcements too. Nathan Ake and Oleksandr Zinchenko have also been linked with moves to SW6.