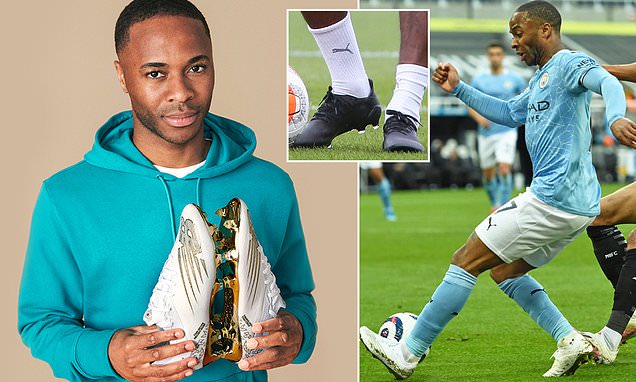 Raheem Sterling has put pen to paper on a new boot deal as the Manchester City star signs up with New Balance after seeing out his partnership with Nike.

The England international’s deal with Nike expired at the end of last season and the 26-year-old has been mulling over a host of lucrative offers from all the major sportswear giants including Puma and Adidas.

A proposed £100m contract with Puma collapsed last summer with the German sportswear company unwilling to meet the demands of the City forward in the wake of the coronavirus pandemic. 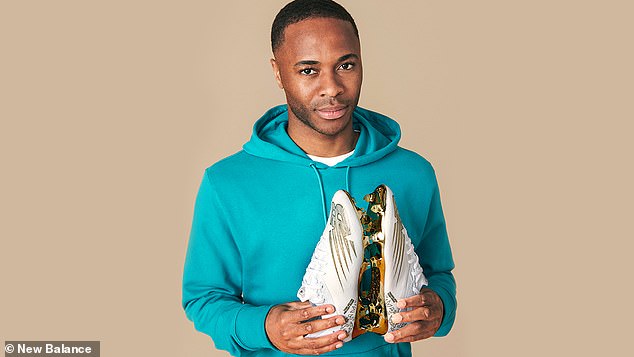 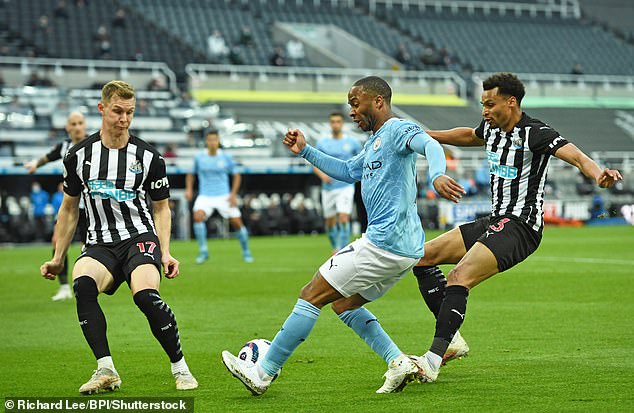 While Sterling has been deliberating, he has worn customised Nike Phantom Venom boots, with the iconic swoosh blacked out, and has also experimented by donning other brands in training until the end of the season.

And now American firm New Balance have won the race to land the global star, with the pair set to collaborate ‘across performance and lifestyle products’.

‘Growing up all I dreamt of was playing football,’ Sterling said in an official announcement.

‘From kicking a ball around in Brent with my mates to my first Champions League Final on May 29th and representing my country at this summer’s European Championships, in my hometown. 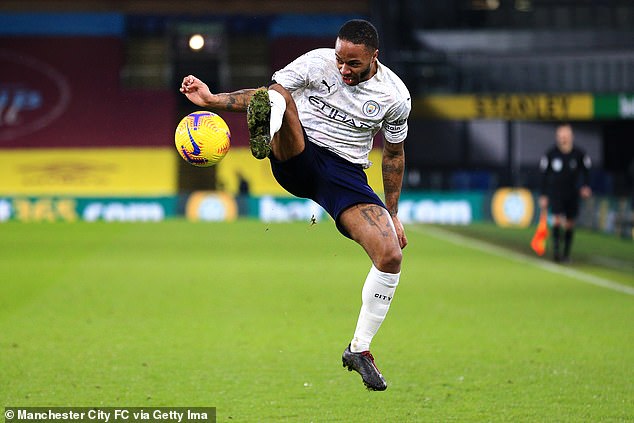 The England international, 26, has donned blacked-out boots for the duration of the season 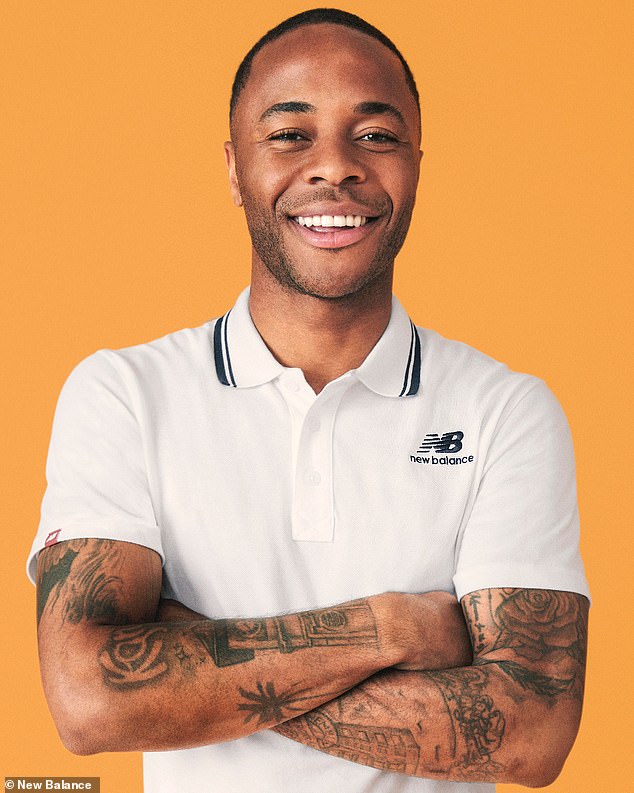 ‘There’s so much more I want to achieve, both on and off the pitch, and this partnership will provide me with the platform to do so.’

Sterling has emerged as an athlete able to transcend sport and has been a driving force behind football’s anti-racism movement in the wake of the George Floyd killing last year.

‘At New Balance, we believe that our ambassadors are truly a reflection of our values as a brand,’ Chris David, New Balance Chief Marketing Officer & Senior Vice President of Merchandising said. 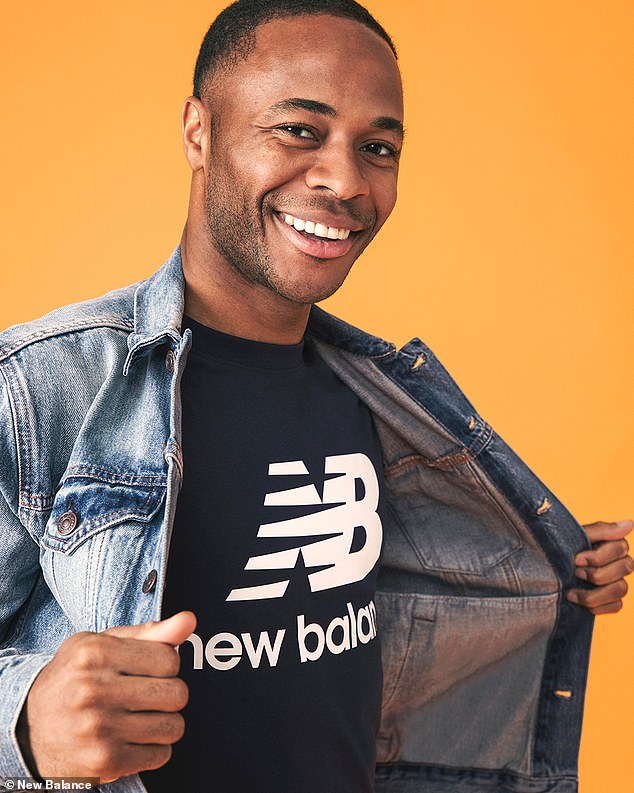 Sterling and New Balance will collaborate ‘across performance and lifestyle products’ 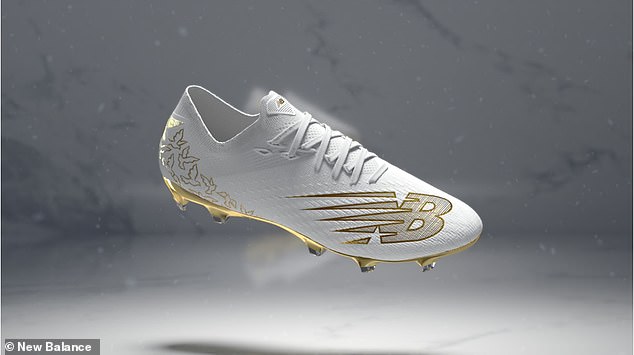 ‘Simply put, this relationship is much bigger than football. Raheem is undoubtedly recognized as one of world football’s most premier talents evidenced by his key role for both club and country.

‘His ambition to give back to the community will also be a focal point of how we realize the unique nature of this collaboration.

‘Our transformative alliance will showcase co-authored product collections and storytelling, elevating Raheem’s unique persona both on and off the pitch.’