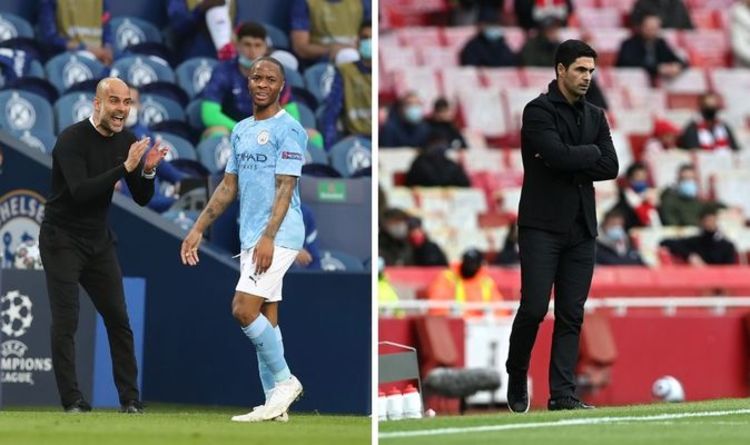 Former Manchester City winger Trevor Sinclair has tipped Raheem Sterling to leave the club this summer amid reported interest from Arsenal. Sterling endured a rough patch of form in the latter stages of the season and could be moved on in the upcoming transfer window.

The 26-year-old was a surprise starter in Saturday’s Champions League final, as Man City fell to a toothless 1-0 defeat to Chelsea in Porto.

Despite the Citizens lifting a fifth Premier League title, Sterling was widely criticised for his form in front of goal in the final few months of the 2020/21 campaign.

He scored just three goals in his last 20 appearances of the season for Pep Guardiola’s side across all competitions. 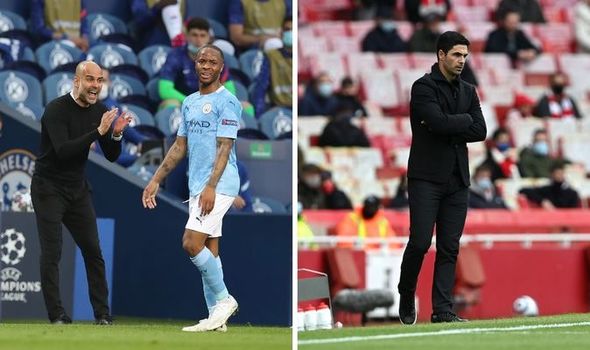 He said: “I might be wrong, but reading between the lines and the media that’s being released, I think they’d be prepared to let him go.

“I think there’s a potential move for Raheem this summer.

“You look at the individual; there are a few little rumours coming out that Man City are prepared to listen to offers.

“You look at the way he’s played during his time at Man City and he has been superb.”

Sinclair added that Sterling needs a new challenge and that he won’t short of suitors based on his performances over the last several years.

“I think they’ll be a queue of clubs wanting to sign him,” Sinclair explained.

“Not on the last three or four months of form but on his previous nine years of performances.

“He’s not had any real injury problems. I look at him, and he doesn’t look excited; he looks anxious about being out there.

“He’s proved to all the fans he’s a top player, so I think he needs a fresh challenge and I think it would coincide with the club’s model.” 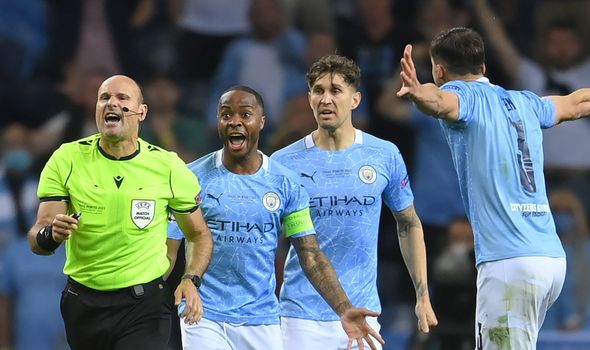 Arsenal manager Mikel Arteta is reportedly plotting a raid of his old workplace, with the Gunners eyeing Riyad Mahrez and Sterling.

The Emirates Stadium may be an unrealistic destination for the England international, but Man City could be looking to raise funds.

If not to Arsenal, Sterling could still be on his way out this summer, and at the age of 26, his stock should be high despite his recent woes.

Pitch to Post: How Mikel Arteta's 'less is more' approach with Arsenal could succeed