Raiola has become embroiled in a war of words with the Red Devils after he was critical of their handling of players in the press.

He recently claimed Pogba did not join United to not be competing for the Premier League and Champions League as he confirmed he has discussed the midfielder with Juventus vice-chairman Pavel Nedved.

United boss Solskjaer responded by taking a swipe at Raiola, declaring: "Paul Pogba is OUR player – not Mino Raiola's".

But the agent has hit back in an extraordinary rant on social media, claiming Solskjaer should not suggest Paul "is his prisoner" and says "until now I was maybe too nice to him".

He also made reference to comments Solskjaer made to Pogba in the summer and said he "has other things to worry about" in another dig at United's poor form. Raiola wrote on Twitter: "Paul is not mine and for sure not Solskjaer's property, Paul is Paul Pogba's.

"You cannot own a human being already for a long time in the UK or anywhere else.

"I hope Solskjaer does not want to suggest that Paul is his prisoner.

"But before Solskjaer makes comments about things I say he should inform himself better about the content of what has been said.

"I am a free citizen who can think and express my thoughts.

"Until now I was maybe too nice to him. Solskjaer should just remember things that he said in the summer to Paul.

"I think Solskjaer may be frustrated for different reasons and is now mixing up some issues.

"I think that Solskjaer has other things to worry about. At least if I was him I would." 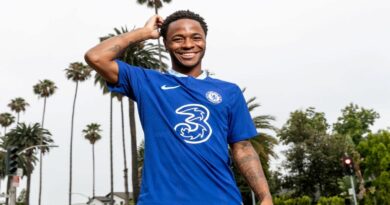