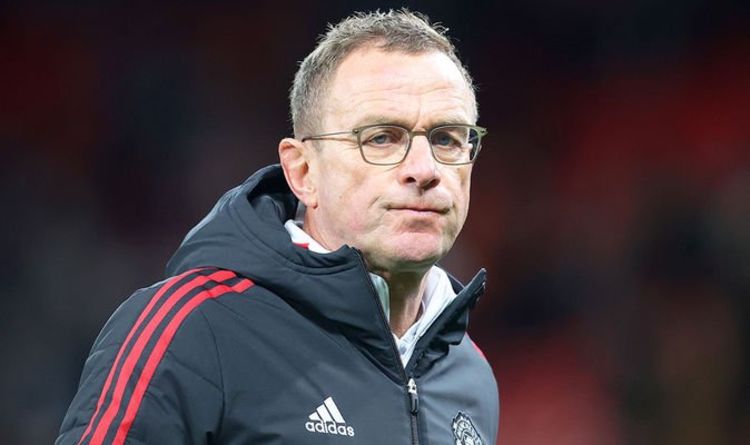 Manchester United interim boss Ralf Rangnick was angered by the goal his side conceded in the 3-1 win over Burnley on Thursday. United raced into a 3-0 lead in the first half at Old Trafford. Goals from Scott McTominay and Cristiano Ronaldo, as well as a Ben Mee own goal, put the Red Devils in charge.

But Burnley swiftly pulled one back through former Tottenham star Aaron Lennon.

Eric Bailly underhit a pass and Lennon stole the ball off of the United defender before a fine run and shot past David de Gea.

And it was Bailly who Rangnick singled out as to blame for the goal.

The centre-back had been recalled from a training camp with Ivory Coast ahead of the Africa Cup of Nations.

Rangnick did admit it was the only mistake Bailly made but says they have to be cut out of his side’s game.

“Even before I came, there was no doubt about the qualities the team has offensively, we just need to make sure that we concede as few goals as possible,” Rangnick said.

“I’m a little bit angry about the goal we conceded and that again was an unforced error.

“In that case, Eric [Bailly], it was one of very few mistakes he made today.

“He should have kicked the ball and played it forward rather than do a short pass.

“It was a very similar goal to the one we conceded against Young Boys in the Champions League and we just have to learn from that.

“It doesn’t mean if you’re a technical team, it doesn’t mean, in certain circumstances, we just have to play the long ball.”

McTominay put in a man of the match display for United.

And Rangnick revealed how it was a late decision to put him in the starting XI.

“We only decided this afternoon at two o’clock that he would play because he still had some problems with his ankle that he suffered at Newcastle,” the German said.

“So it was good to have him available and in the team.

“At half-time, our team doctor said he would be struggling in the second half after the level of pain but it was important to have him in the team and he was able to play for 93 minutes. A very important player for us today.”