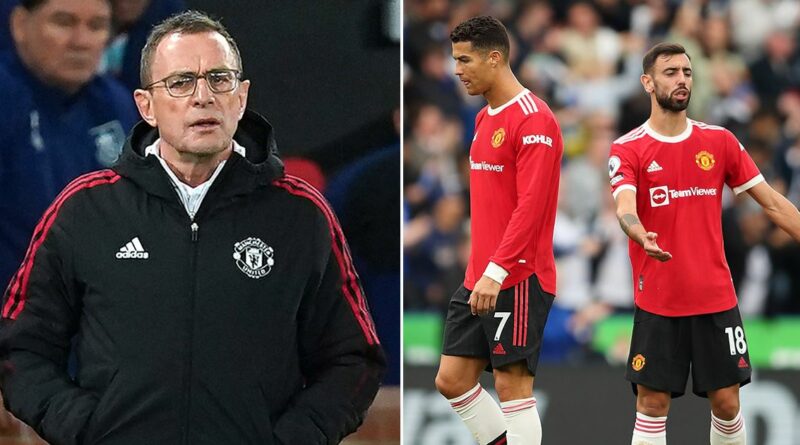 Ralf Rangnick fears his Manchester United flops are too lazy to become a top level team.

Rangnick has struggled to make an impact since replacing Ole Gunnar Solskjaer in November on an interim basis until the end of the season.

The German coach was hired on the back of his reputation for producing high-pressing and disciplined sides.

But United have remained lacklustre since Rangnick's arrival after winning just four of their last eight games in all competitions. To make matters worse, Rangnick admits he is battling to unite a divided dressing room at Old Trafford.

He is facing up to his first crisis since taking the job after it emerged cliques have formed in the squad, with Rangnick ordering those who want to leave the club to be more professional and keep doing their jobs.

But Rangnick has told United to forget about being successful like rivals Manchester City, Liverpool and Chelsea unless they are willing to adapt to his methods and up their work rate.

Rangnick, whose side host Aston Villa in the FA Cup third round tonight, said: "This is the only way we can compete in this league and at that level.

"This is what we have to do. We have to develop into this kind of team and it's about implementing this into the team in a sustainable way.

"This is our job. We have to do it together with the players and we have, obviously, to develop the players, identify for each game, the players who are willing and able to do that and to deliver exactly what we spoke about."

Do you think Rangnick will be able to secure a top-four finish this season? Let us know in the comments section.

He added: "I had a conversation with him. He came into my office and we spoke for almost half an hour and he told me he will definitely stay and would want to stay until the end of the season.

"Not only because I told him that he should stay or has to stay, he did it on his own behalf and he told me that I can rely on him to stay until the end of the season and give his very best and be a role model for the young players.

"He's available and he's happy to play. Even if he's not playing, he will be trying to be the best possible role model for the other players and for me this is good news, because Edi if one of those players with his vast amount of experience, with his mentality, his work ethic, I think he could really be a perfect role model for the other players." 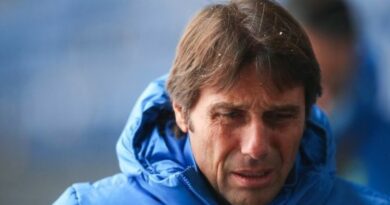 Bolivia 1-3 Peru: Farfan hits winner as Peru come from behind