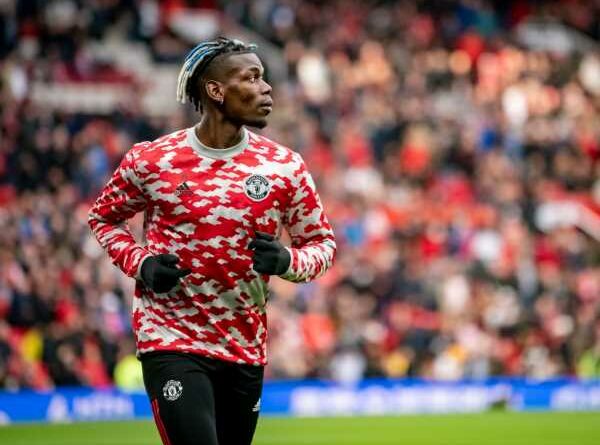 If nothing else, Ralf Rangnick is proving himself to be a refreshingly straight talker as interim manager of Manchester United.

His predecessor Ole Gunnar Solskjaer would never fail to answer a question but the details – such as why a player was absent, the specific injury they were suffering or when they could be expected to return – were often kept deliberately vague. Rangnick is much more frank, much more direct.

How else to describe the revelation, after the disappointing collapse at Aston Villa, that Anthony Martial had apparently refused to travel with the rest of the squad for Saturday’s 2-2 draw? Martial’s absence could have easily been put down to his well-documented desire to leave, but Rangnick instead revealed his own version of events, leading the player to hit back on social media and insist otherwise.

Rangnick sought out Martial and set about clearing the air in a conversation at Carrington on Sunday. “From my perspective, everything has been spoken about, everything has been resolved and no need to add anything on top of that,” the United manager said yesterday, without exactly retracting his post-match comments. “I nominated him before the game and he was not part of the group. You can draw your own conclusions.”

Martial is, nevertheless, part of the travelling squad for this evening’s Premier League trip to Brentford and he is not the only player with an uncertain future at Old Trafford that Rangnick is willing to speak candidly about. 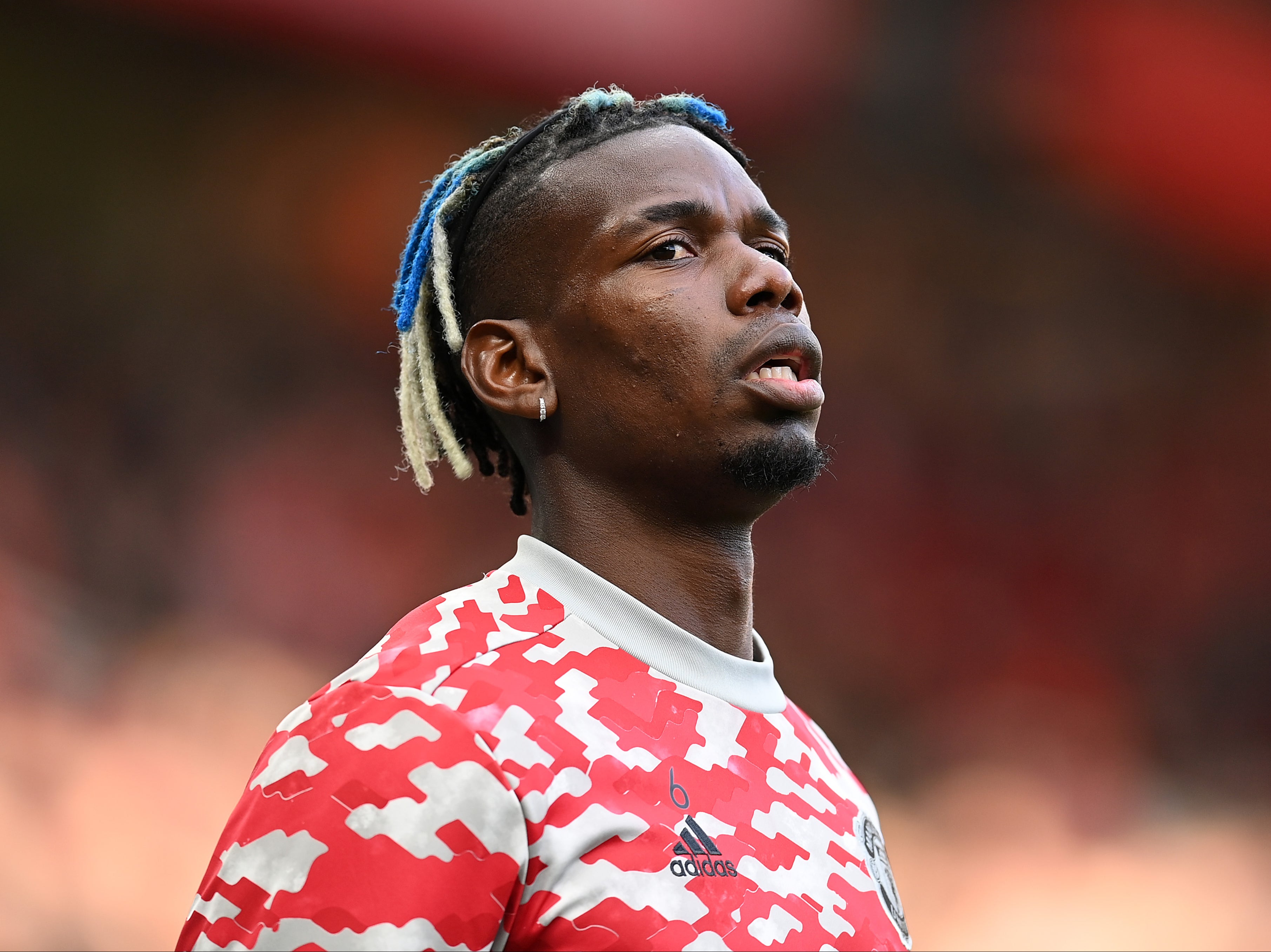 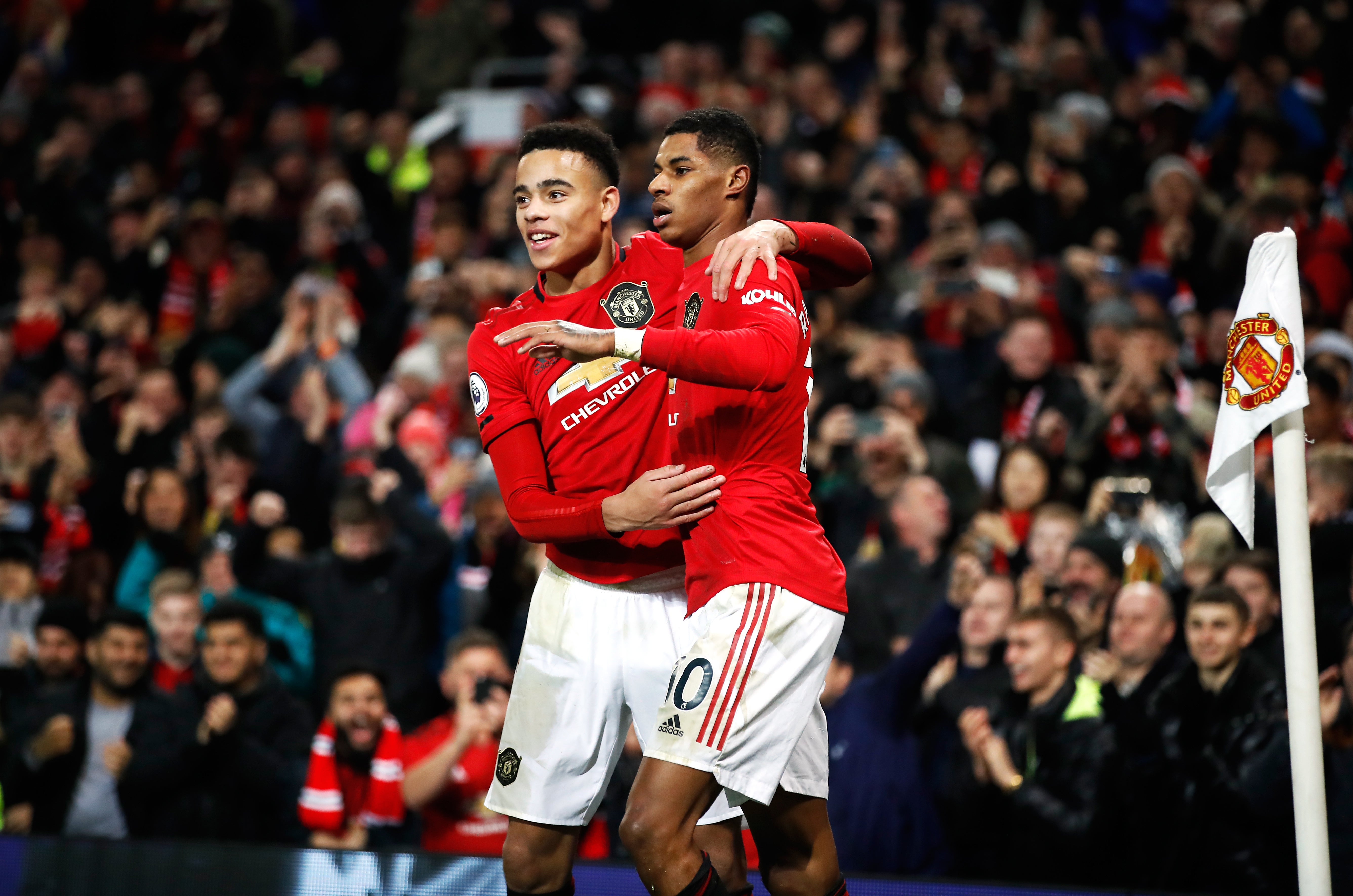 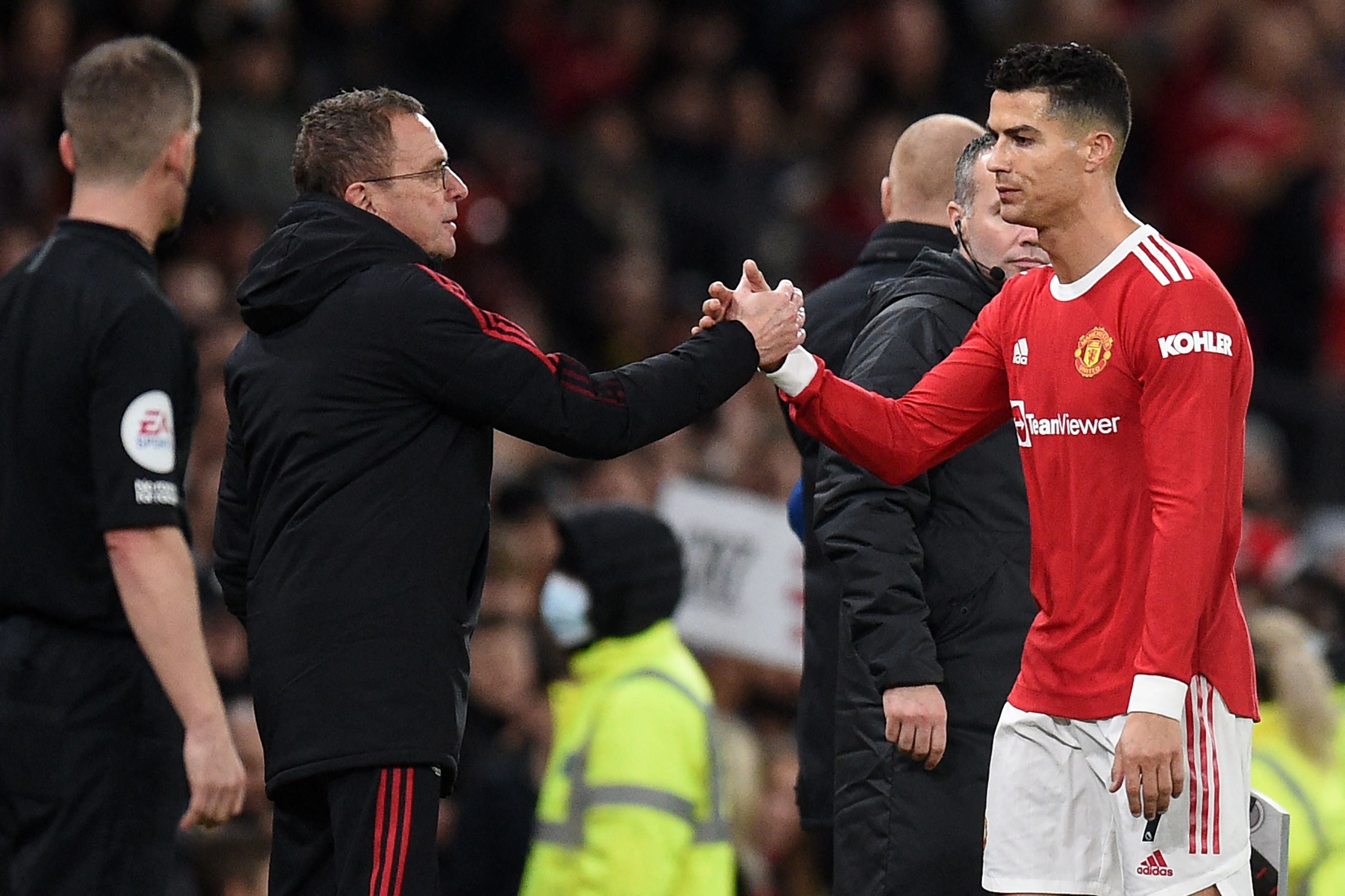 Paul Pogba will not play any part this evening, nor will he recover from a thigh injury in time to be available for the visit of West Ham on Saturday, but he is back in training and nearing a return to the pitch. What’s more, the sight of United’s record signing lining up again after next week’s international break will only bring the issue of his expiring contract into a sharper focus.

These look likely to be the final months of Pogba’s United career. There has been little progress in discussions over an extension to terms signed nearly six years ago. A parting of the ways is beginning to feel inevitable and, with that in mind, would it not be better to expedite the process, focus on the future and perhaps offer Pogba’s minutes to players who will be at United beyond the summer?

Rangnick was asked that question and was unequivocal in his response. Of course not. Pogba will play, he said, before making a fair point. “By the way, my contract as a manager is also expiring in the summer. For us we have the same goal. We have the same ambition to be as successful as we can possibly be in the next three or four months.”

For Rangnick, it is not especially important whether or not a player’s contract is expiring. “The question is how much does he still want to be a part of this group? How much does he still feel emotionally and physically on board? As long as this is the case, why shouldn’t Paul Pogba [play] now after two and half months of injury, fully fit again now?” In a later interview with club media, he revealed he had sat down with Pogba for more than an hour since his return to training. “He committed himself until the end of the season. He explained to me that he wants to be the best possible Paul Pogba that he can be.”

But in his press conference, there was another, more striking line. On Pogba’s eventual return to the side, he asked: “Even if it’s only to show enough for a new contract elsewhere, he will be highly motivated to do that and why should I then not play him?”

That is quite an admission for a United manager to make. The idea of any player – Pogba or otherwise – being picked while keeping one eye on the exit door will be difficult for some supporters to accept. United’s self-image is of a club that players sell themselves to rather than sell themselves from. Old Trafford is not typically thought of as having a shop window, the Megastore aside.

That may only be a perception rather than reality, especially in the case of a player who publicly stated his desire to seek a new challenge nearly three years ago and is somehow still in Manchester, but perception is sometimes all that counts.

For as long as there is uncertainty over his future, a question mark will hang over below-par Pogba performances as a result of Rangnick’s candid comments. Even when he plays well, there will now be many more who put that down to the ulterior motive of a potential contract at Real Madrid, Paris Saint-Germain or Juventus.

But at the same time, what else is Rangnick supposed to say? It is not especially surprising that a United manager will select the club’s record signing and one of their highest earners as much as they can. It is even less surprising given United’s current predicament. A defeat to Brentford will make the top-four look difficult to achieve given West Ham’s five-point lead and Tottenham’s three games in hand.

Pogba’s Old Trafford career has delivered inconsistent results to say the least, but there have been spells of unfulfilled promise, like at the start of this season when he played some of his best football wide-left in the attack before being forced back into midfield. Rangnick may look to restore Pogba to the wing once he finally has the opportunity to select him. That could give United a new dimension.

Rangnick is clearly excited to call on Pogba, describing his first session back as “extraordinary”. He is convinced, too, that Pogba will give everything to the cause for as long as he is contractually obliged, whether that extends into next season or not. 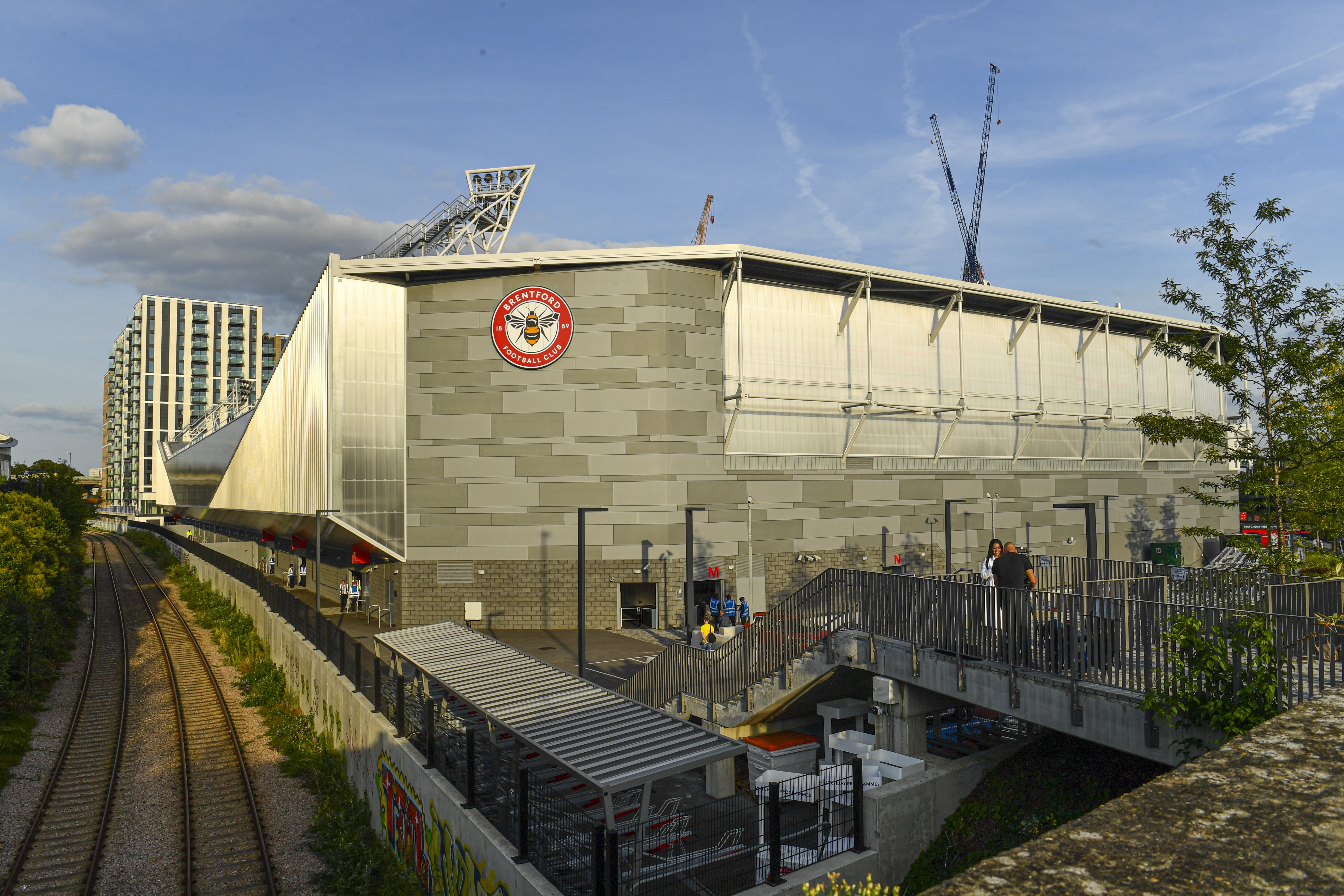 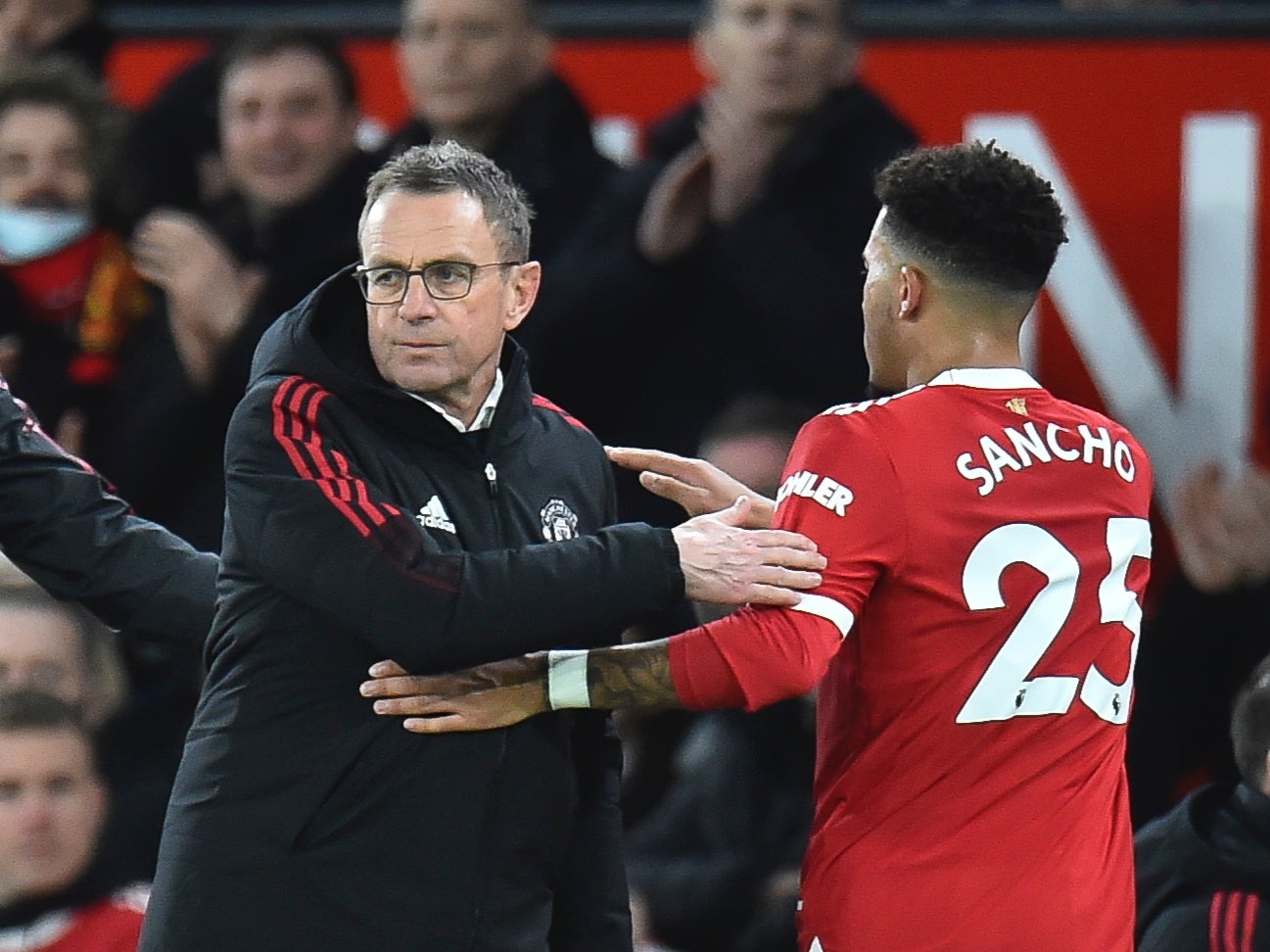 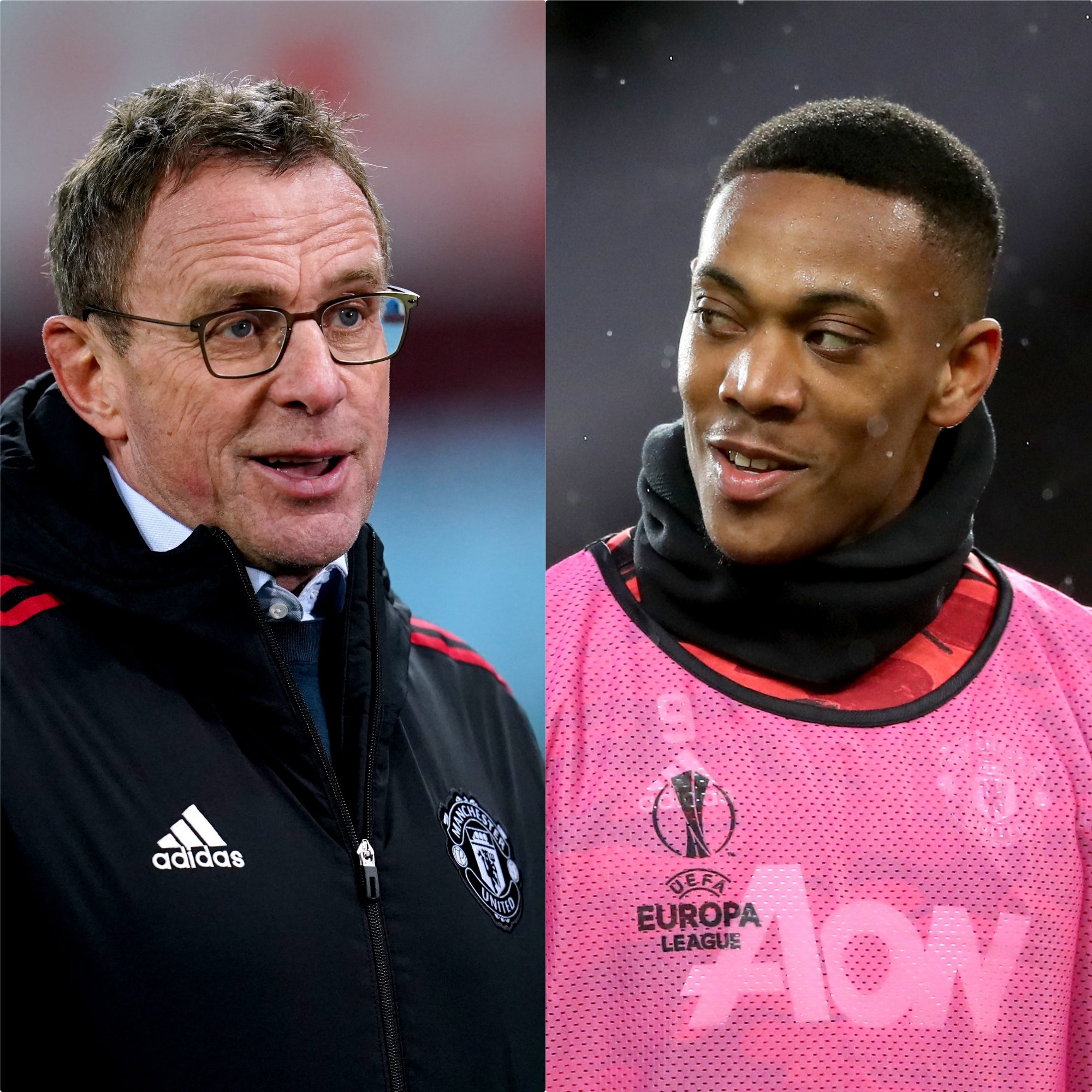 “If they handle that in a professional way, an ambitious way, of course I will play players although they have a contract expiring in the summer,” he reiterated. That is a sensible approach to managing any player in the final six months of their contract. If they have no immediate exit route and still have something to offer, they will be part of Rangnick’s plans.

It is risky to point out that these final months at Old Trafford could essentially be a stepping stone for Pogba, but it might be the most pragmatic, realistic assessment available. And after all, it was not Rangnick who made this mess. He is simply the short-term manager, on a short-term contract, trying to get the short-term results he needs. 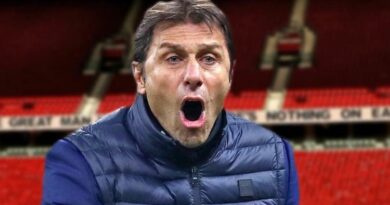 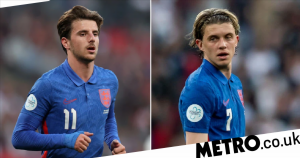