Sergio Ramos’ future at Real Madrid remains up in the air after Real Madrid pushed back on his demands for a two-year contract extension.

The Los Blancos skipper, who scored the crucial second goal in Saturday’s 3-1 win over bitter rivals Barcelona, has a deal until the end of the season and is free to talk to foreign clubs in January.

But despite Real being keen to tie him down to fresh terms, they are yet to give in and offer him the extra two years he wants according to AS. 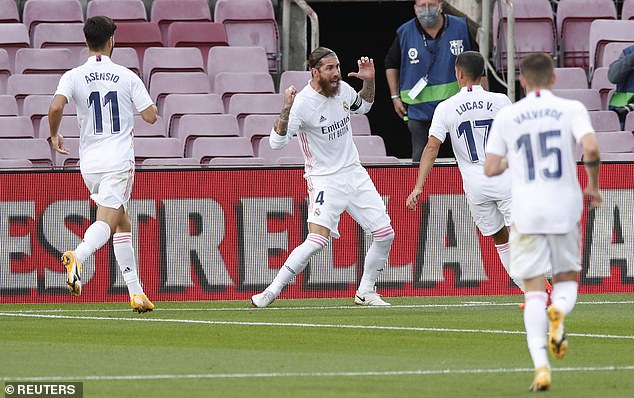 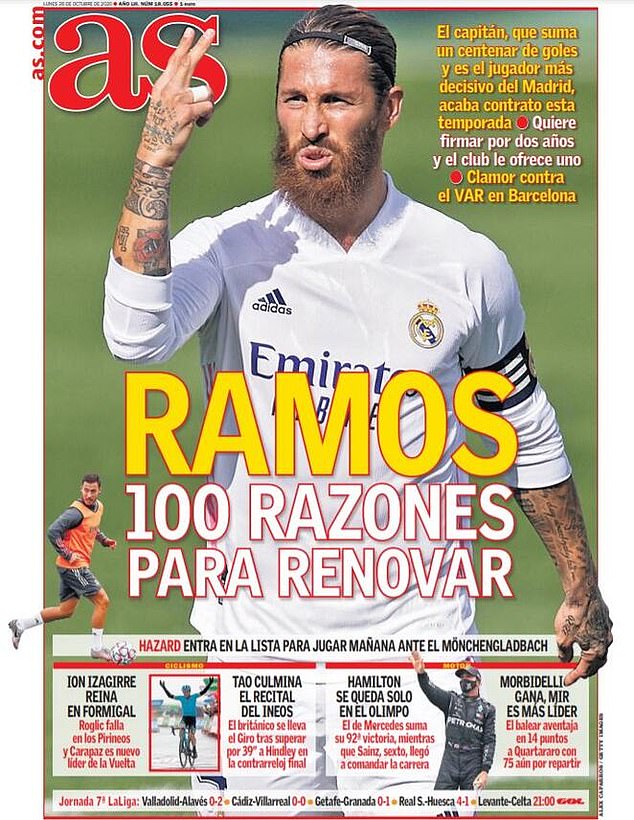 The Spanish newspaper report that the LaLiga champions have a policy of only offering players over 30 a one-year extension to their deals.

Ramos turned 34 in March but remains one of Zinedine Zidane’s most trusted and reliable performers, having made six appearances so far this season.

Speaking about Ramos’ future at the Bernabeu earlier this year, club president Florentino Perez insisted that the Spain star would be going nowhere.

‘Ramos will finish his career at Madrid. He is more than a captain,’ Perez said after Real Madrid lifted the title last season. 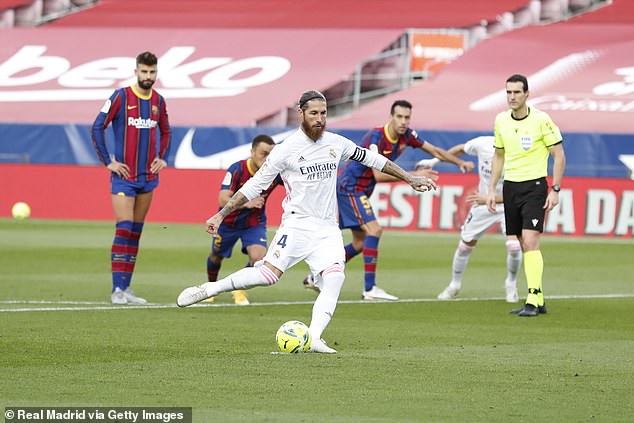 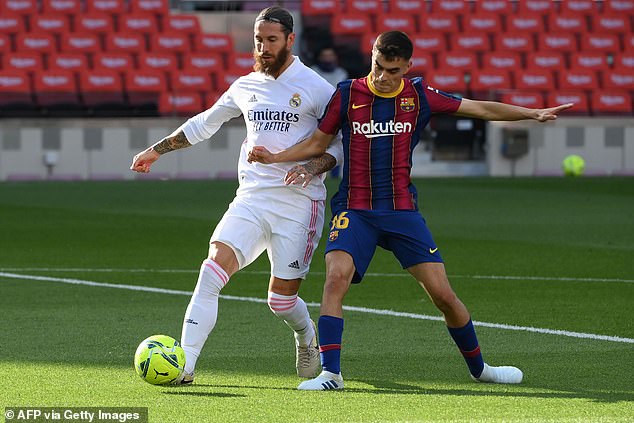 The Real Madrid skipper, pictured with Pedri, wants to stay at the club beyond this season

However, it is claimed that Real are reluctant to give Ramos the two-year contract he desires and are trying to convince him to accept an extra season.

AS say that Ramos, formerly a target for Manchester United, wants to stay in the Spanish capital and that a renewal of his contract remains likely.

The ex-Sevilla defender, who has made over 650 appearances for Real since joining the club in 2005, may have to accept a one-year extension, perhaps with a guarantee of a second extra season if he plays a certain amount of games.

Rio Ferdinand calls out Arsenal duo who need to do more for Mikel Arteta’s team
We and our partners use cookies on this site to improve our service, perform analytics, personalize advertising, measure advertising performance, and remember website preferences.Ok