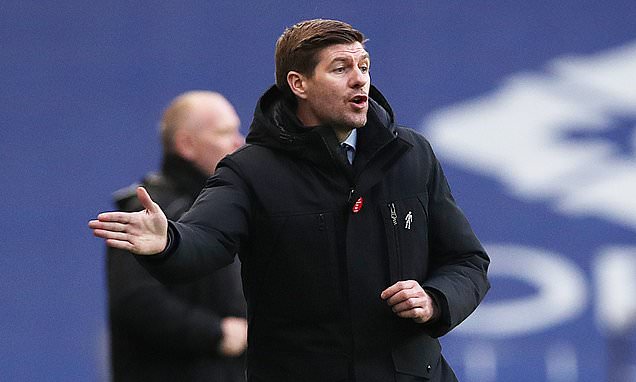 Steven Gerrard has not given up hope that Rangers fans will be allowed back into Ibrox in time to see his team crowned champions.

Gerrard’s side are nine wins away from claiming the club’s first league title in a decade.

And their supporters have been forced to watch their team’s relentless march to glory from home, due to coronavirus restrictions. 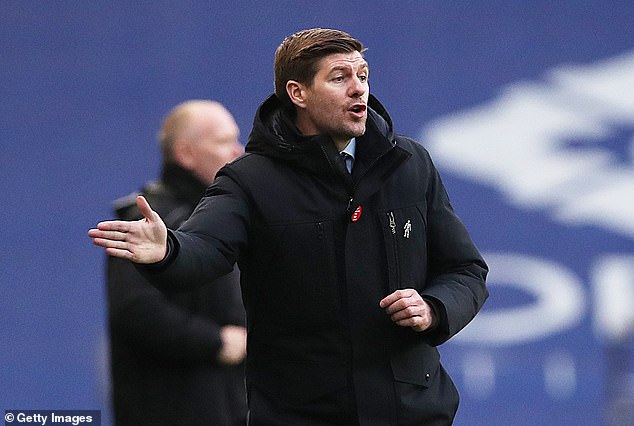 But Gerrard hopes it will be a different picture for Rangers fans in the weeks ahead.

‘It’s not ideal, but it’s where the world is right now,’ he said, after marking his 150th game in charge with a 5-0 win over Ross County.

‘We really feel for the supporters not being able to come and watch. 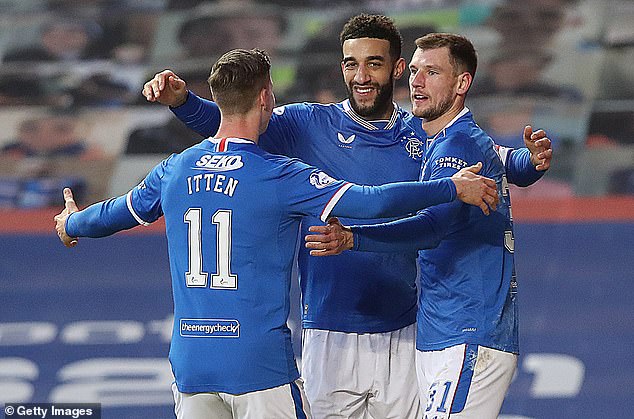 ‘It’s fantastic to see the (virus) numbers are dropping. Hopefully at some point in the near future it will be safe for them to return. They play such a big part here and we want them back as soon as possible.’

‘To have five different scorers is always fantastic but that has been the case since the beginning of the season,’ Gerrard added. ‘We’re not heavily reliant on just the one person.’