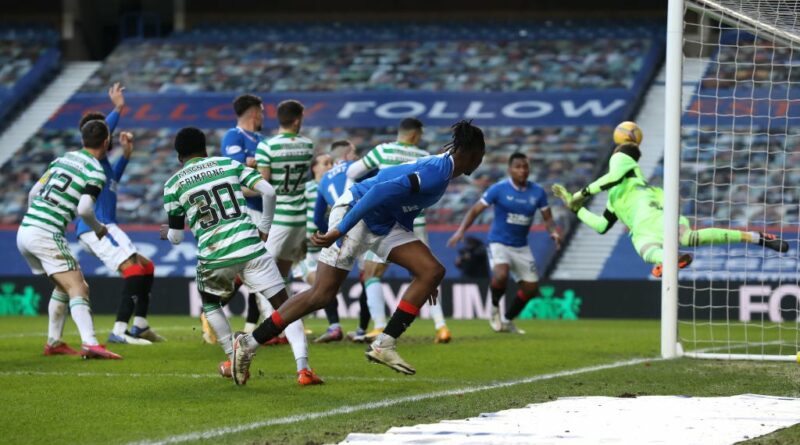 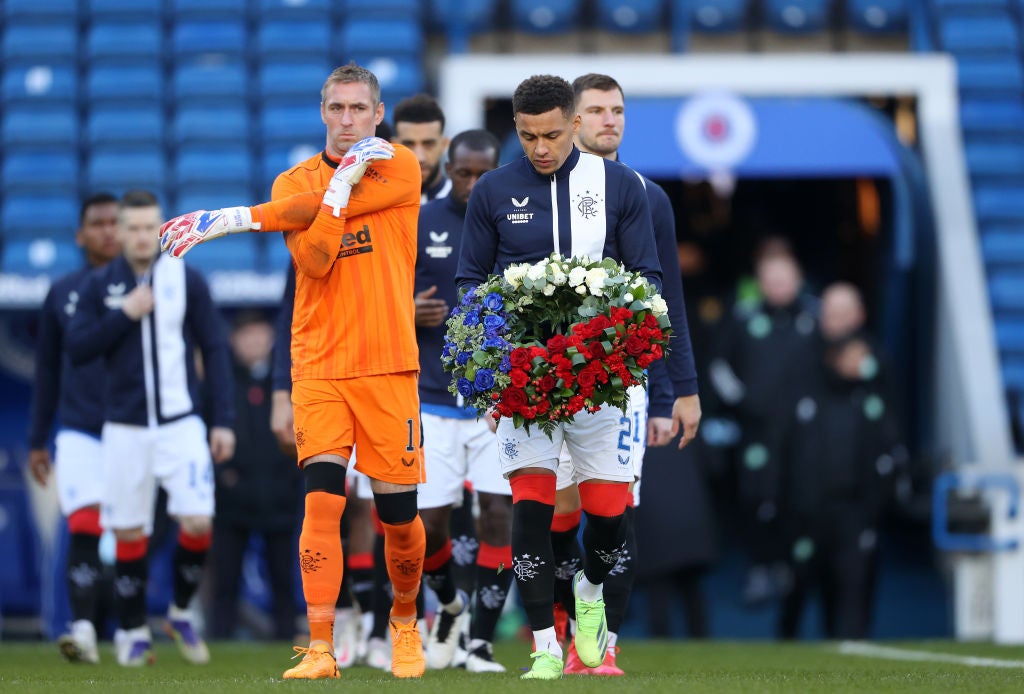 Gers were expected to dominate their rivals’ narrow midfield down the flanks but instead Celtic’s full-backs were the more prominent as Tavernier and Borna Barisic found themselves pinned down by the hungry Hoops’ high press.

Rangers finally worked some territory on 20 minutes as Joe Aribo slung a low ball in for Morelos but Frimpong made an important block.

Leigh Griffiths then got away with a barge on Kemar Roofe in the box. Seconds later it was Gers breathing another sigh of relief as McGregor got his fingertips to the ball to brilliantly tip Griffiths strike’ against the post.

Rangers were increasingly forced to go long by the squeeze from Celtic, with Kristoffer Ajer mostly eating everything up. Even when Roofe did get across the big Norwegian to flick on just before half-time, Diego Laxalt matched Morelos for pace before putting in a vital challenge.

Bitton flicked a David Turnbull corner wide with the last chance of the half as Rangers were relieved to get in at the break still on level terms.

Gerrard was forced into a change at the break as Roofe was replaced by Ianis Hagi and the Romanian soon flashed a shot across Barkas’ goal.

But Rangers got a massive helping hand on 63 minutes when Bitton got his marching orders after tugging back Morelos as the Colombian looked set to dart onto a Tavernier pass in behind.

Lennon took off Griffiths as he shored up his backline by introducing Duffy but Gers sensed blood.

Barisic’s shot was deflected wide and from Tavernier’s corner, Aribo cut across McGregor’s eyeline and the stand-in Hoops skipper could not react in time to stop the ball hitting his shoulder and flying past Barkas.

Celtic substitute Mohamed Elyounoussi pulled the trigger in search of an equaliser but his strike ended on top of Allan McGregor’s net.

Duffy went in the book for cynical lunge on Hagi, as did Morelos and Callum McGregor during the following melee.

The final whistle brought a firework display from jubilant Gers fans outside the ground – and an angry snarl from Lennon as he came head to head with Gers coach Tom Culshaw before being dragged down the tunnel.

Real Madrid are 'under pressure' to beat Shakhtar Donetsk