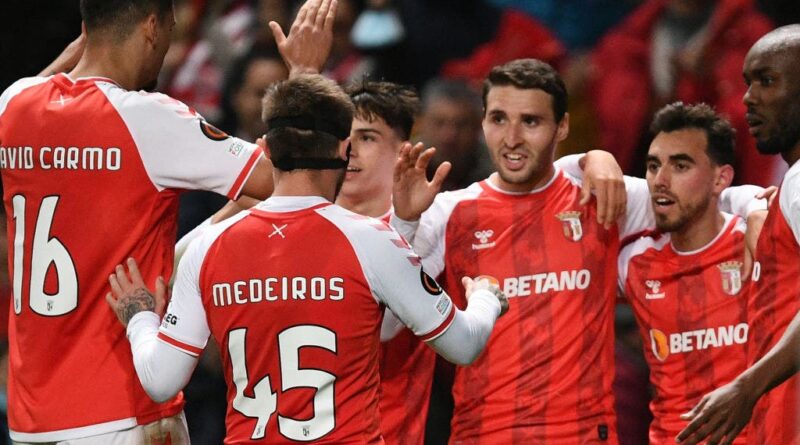 Rangers require an Ibrox comeback to keep Europa League hopes alive following a 1-0 defeat by Braga in their quarter-final clash in Portugal.

The Light Blues enjoyed some good fortune in the first half when the home side hit the post and had the ball in the net only for a VAR check to rule the goal out but eventually Spanish striker Abel Ruiz opened the scoring in the 40th minute and it proved to be the difference.

Following their defeat to Celtic last Sunday which left them six points behind the Hoops at the top of the cinch Premiership, the Light Blues now need some inspiration to grab a last-four spot in Europe.

After three losses in their last four outings, Giovanni Van Bronckhorst’s side are not in the best of form but will go into the second leg in Govan next Thursday, following the final pre-split fixture against St Mirren on Sunday, knowing they need a step up in quality.

The Gers boss came under fire from some of his own fans following the Celtic defeat and he made three changes to the side which started against their city rivals. 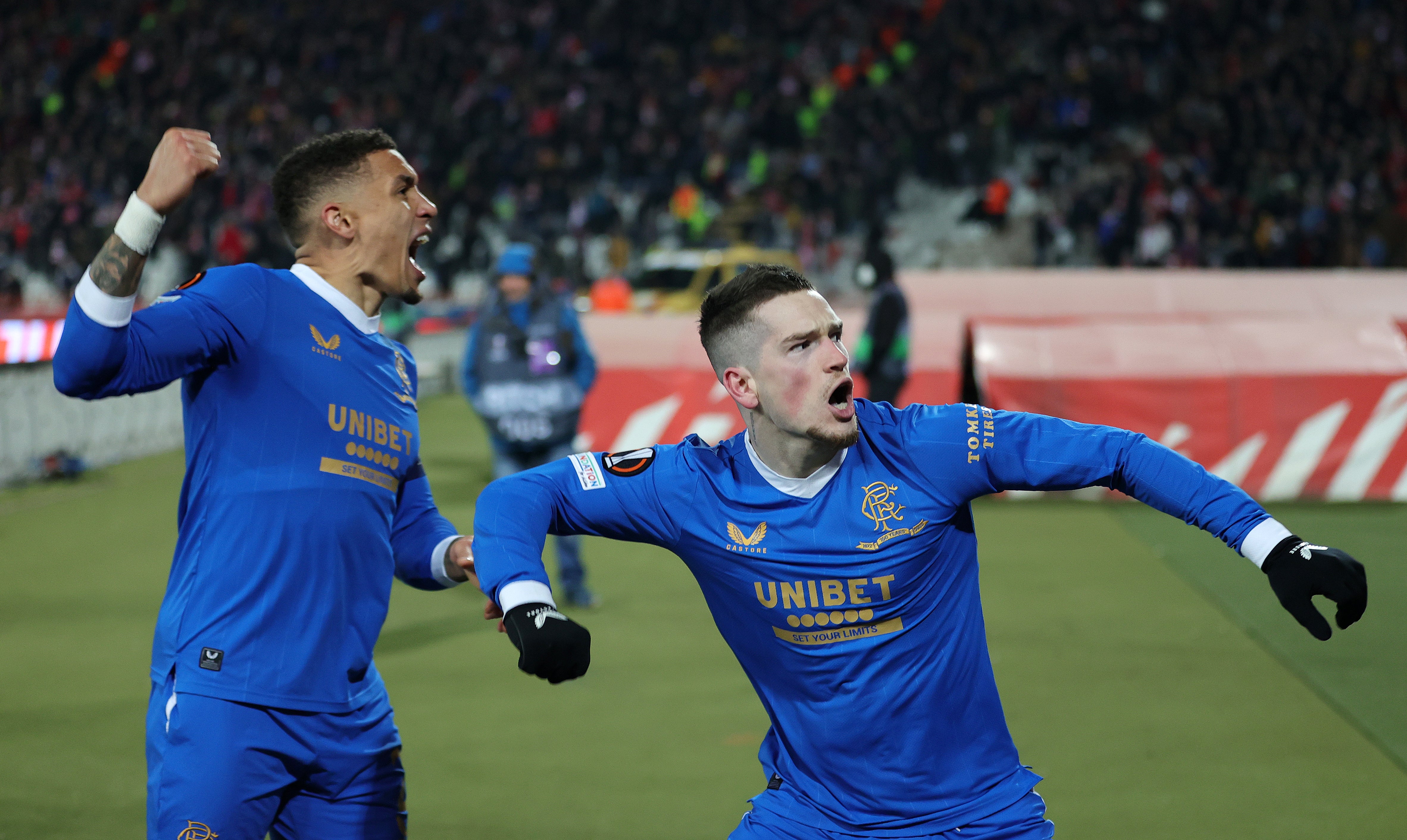 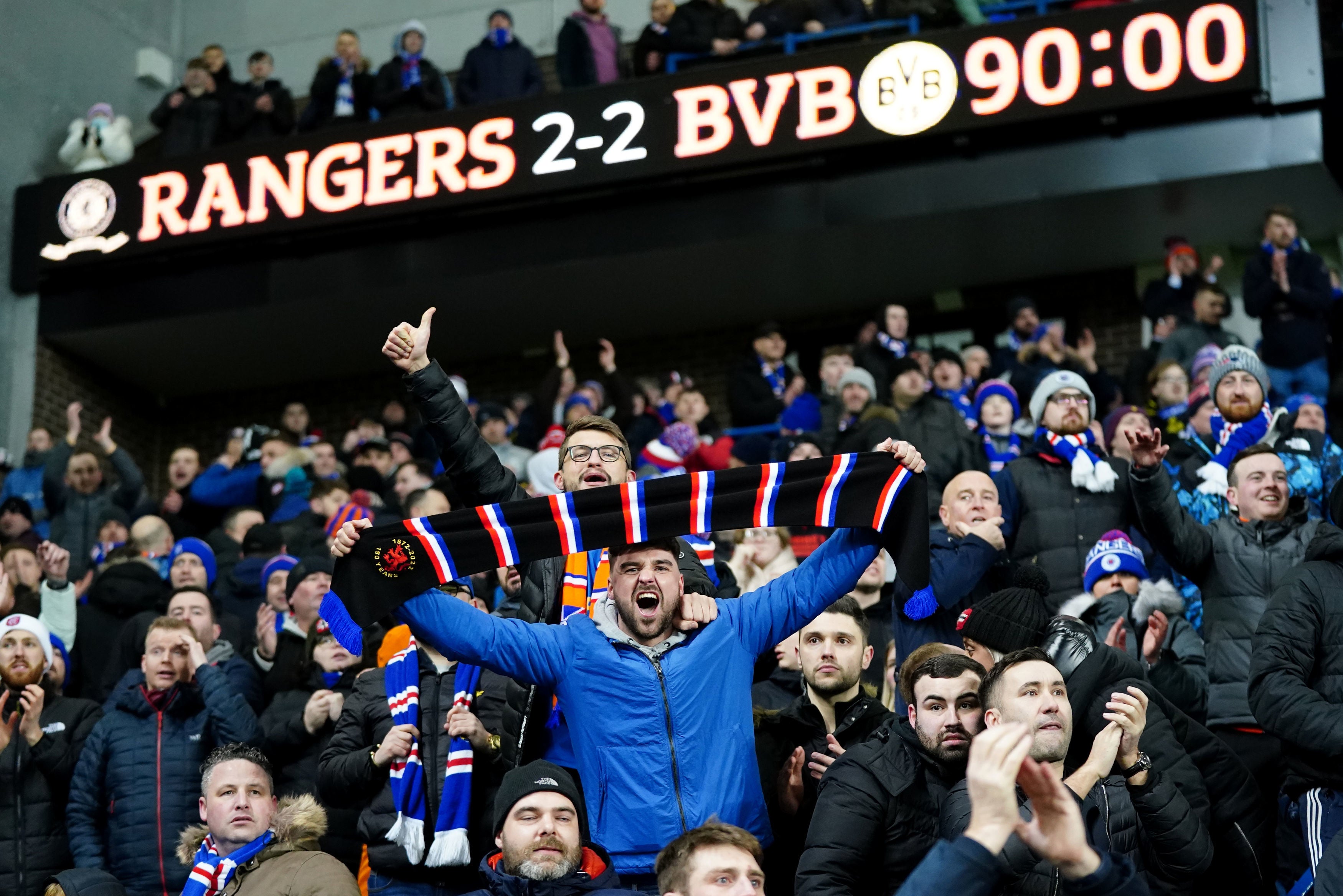 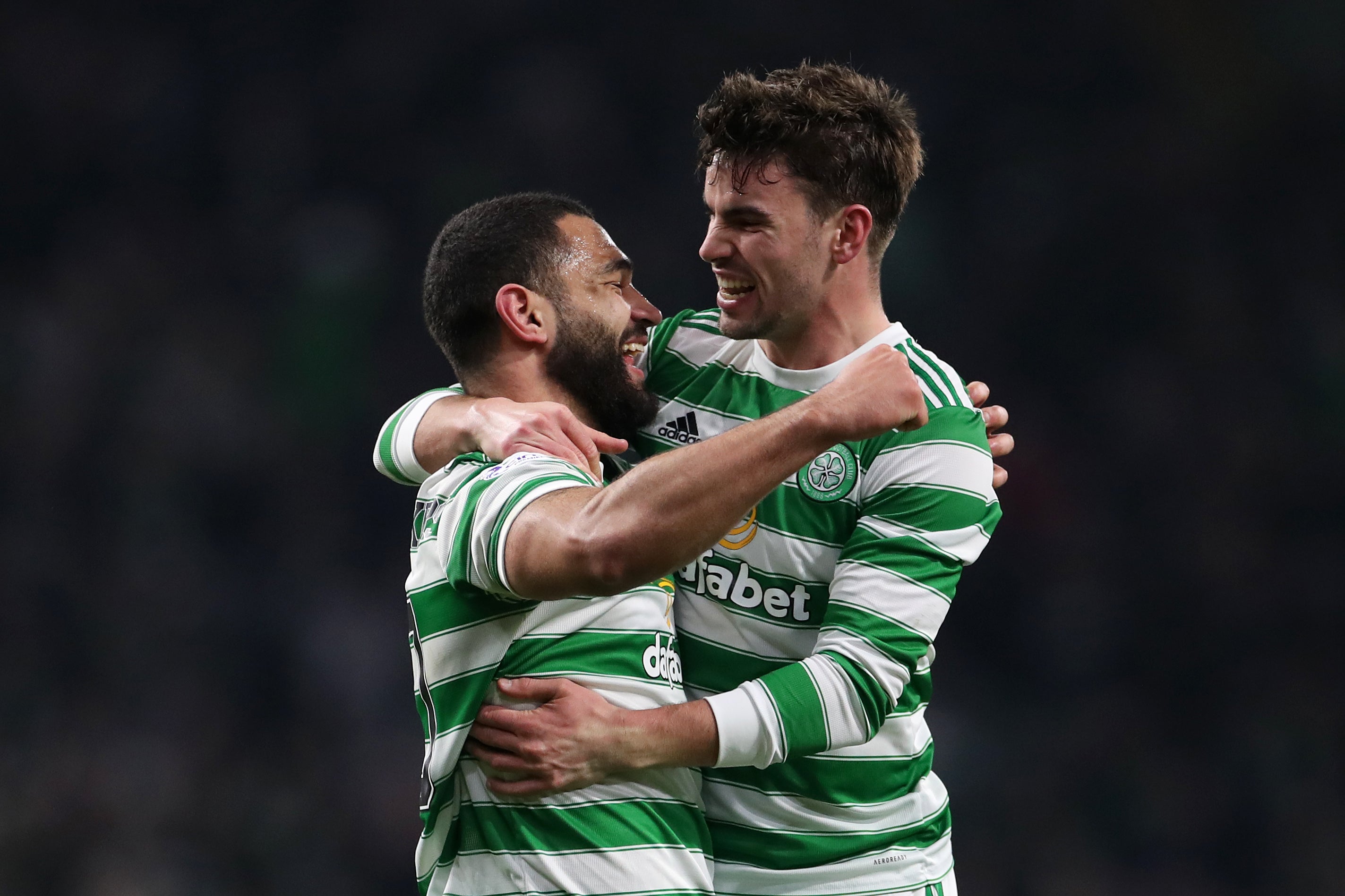 The visitors were cheered by a huge travelling support who lit flares before the game as the teams came out and the Ibrox side showed some early intent.

In the fourth minute Braga keeper Matheus had to race out to thwart attacker Ryan Kent who had raced on to an Arfield pass, with Sakala shooting from the loose ball which deflected away from goal.

It looked like a challenge between two evenly-matched teams but Rangers’ 40-year-old goalkeeper Allan McGregor, making his 100th appearance in Europe for the Govan club, saw little early action until the 25th minute when Ricardo Horta’s shot from 16 yards beat him only to rebound off the post with the Gers escaping and more good luck was just around the corner.

In the 26th minute Andre Horta’s deflected shot from 16 yards found the net to the delight of the home fans but Italian referee Davide Massa looked at VAR and chalked it off for a Fabiano foul on Rangers midfielder Ryan Jack in the build-up.

The Ibrox side’s threat had slowly subsided but Sakala had a decent chance in the 33rd minute from a break but after making himself a yard of space inside the Braga box he blasted the ball high over the bar.

It looked like Rangers would reach the interval intact but their luck ran out when Ruiz took a pass from Iuri Medeiros and guided a shot low past McGregor from inside the box.

The absence of injured Colombia striker Alfredo Morelos was glaring and Rangers needed to find something special but there seemed no spark to the start of the second half.

Braga were as guilty of occasional lapses as Rangers but their lead looked safe enough and Van Bronckhorst acted on the hour, bringing on Borna Barisic, Roofe and Aribo for Leon Balogun, Jack and Sakala.

In the 71st minute Gers centre-back Connor Goldson missed the target with a header from a James Tavernier corner and the unconvincing finish was typical of the Light Blues’ performance. 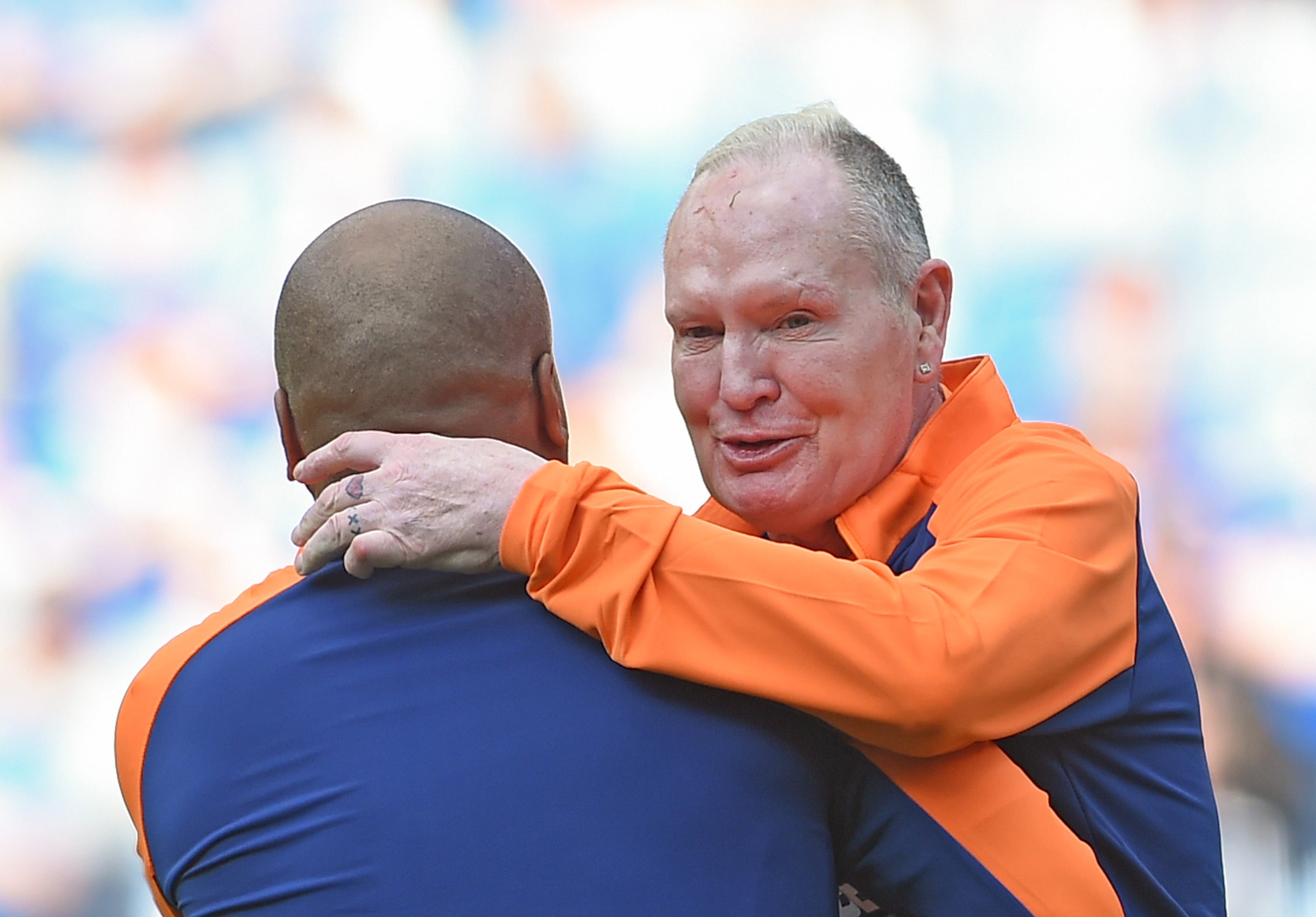 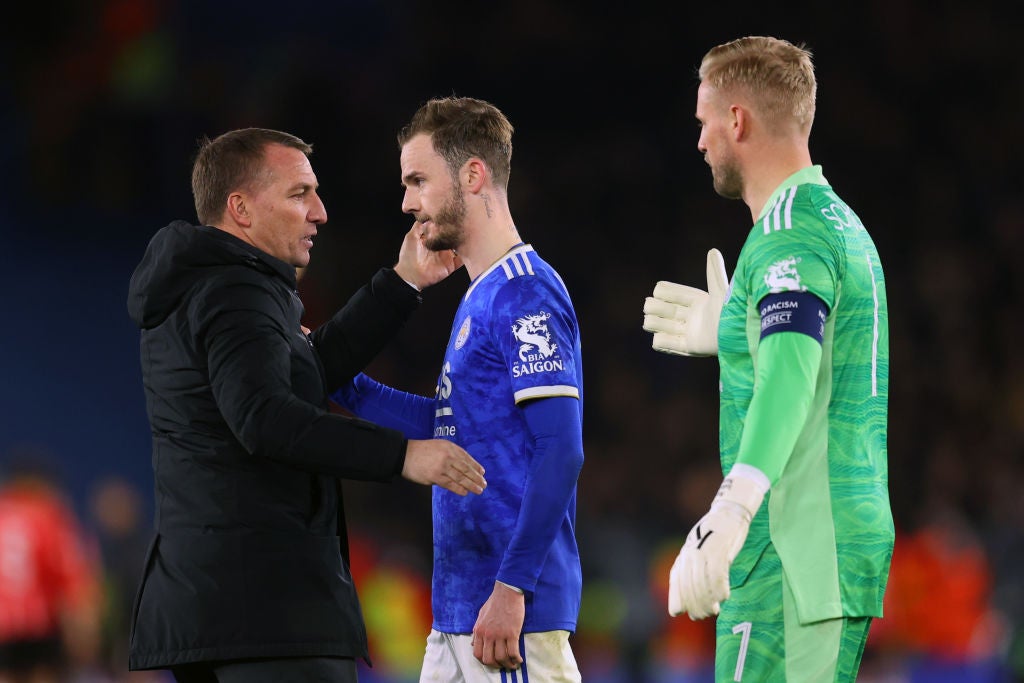 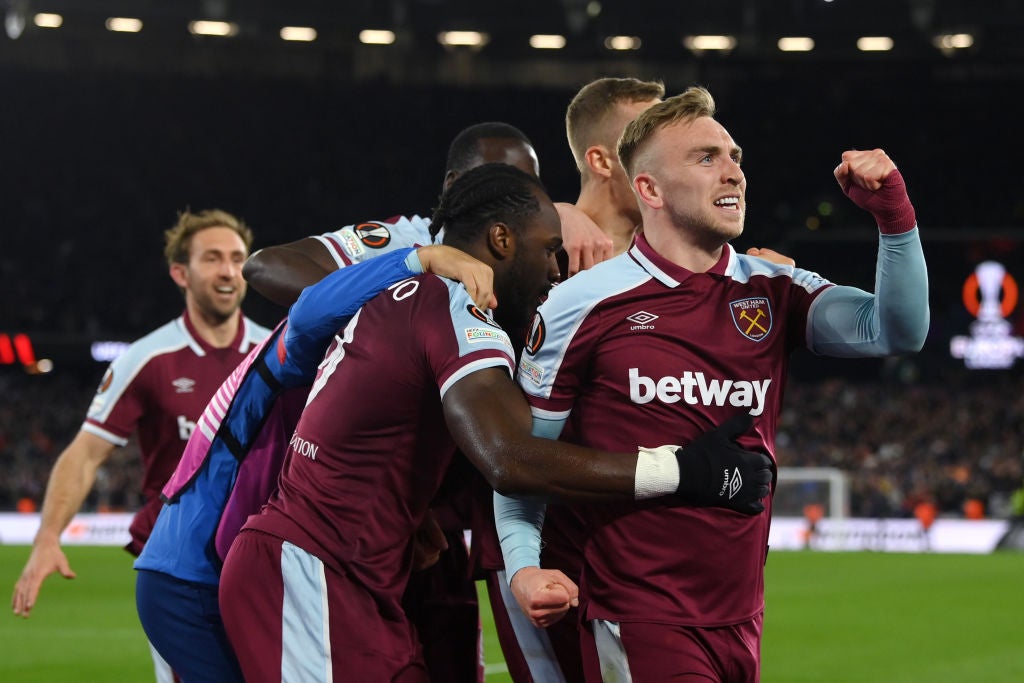 Moments later, McGregor pushed a long-range effort from Andre Horta past the post for a corner which was defended.

There was little more goalmouth action at either end and with only a one-goal deficit to overcome the incentive is there for an improved Rangers performance at Ibrox. 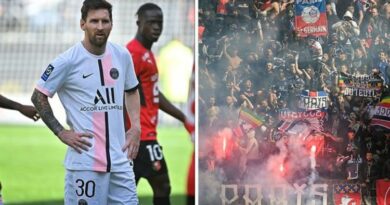 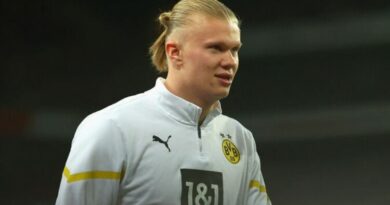