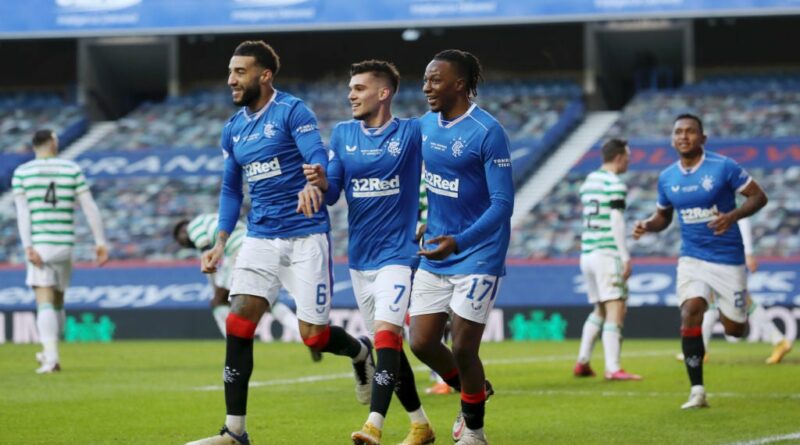 Rangers took a huge step toward the title with a 1-0 win over Celtic in the Scottish Premiership on Saturday.

Odsonne Eduoard had an early shot saved in a dominant opening to the game from the away side, with Leigh Griffiths curling a shot goalward midway through the half – only for Allan McGregor to make a huge fingertip save onto the post.

Neil Lennon grew visibly more frustrated on the sidelines as his team were the better but failed to find the net, while Rangers had to wait until almost the hour mark to have a first notable effort on goal, Kristoffer Ajer blocking Alfredo Morelos’ goal-bound effort.

The game changed suddenly and drastically just after the hour mark, with Nir Bitton sent off for a last-man foul, and minutes later a Rangers corner ended in the net via Celtic captain Callum McGregor’s shoulder.

Here are five things we learned from the Old Firm derby at Ibrox.

Rangers headed into this game having conceded just five league goals all season long, an incredible rate of one every 378 minutes of play.

Top and clear they might have been, but it was on this defensive resilience they were prepared to lean in the opening stages, clearly happy to try and bide their time for Celtic to overcommit and strike on the counter.

It almost went against them. Celtic were excellent in the first half, Rangers unable to get out of their own half and only the heroics of goalkeeper McGregor kept the scores level.

The theme of the entire season in Scotland’s top flight has been over whether Rangers can prevent rivals Celtic making history, with a first 10-titles-in-a-row achievement.

Steven Gerrard’s team have made their intentions clear from the outset and remain undefeated all season – but with three games in hand for Celtic, even the big points lead wasn’t enough to absolutely end any questions of a fightback.

But this win? It’s now 19 points between first and second, double figures even if Celtic do win all three of their spare fixtures, and should be too much for the in-form Gers to drop.

No pressure to straight red

The clear moment of the match was Bitton’s red card. He had barely been troubled all game long, even out of his most natural holding midfield position as centre-back cover, but one instant altered the entire flow of the game.

Until then Rangers hadn’t managed a clear chance, a shot on target, any kind of consistent build-up play or got their full-backs into attacking areas of the pitch – but from the moment the red came out, Celtic were overrun.

Gerrard might feel vindicated in that, however the change came about, his team withstood pressure and took their chance – but Lennon will be utterly deflated his team couldn’t make their early dominance count.

Heart of the team

While Rangers were far from their best in an attacking sense, there was a real determination and consistency about their midfield play in the second half.

Glen Kamara was once again fantastic, using the ball better throughout the match than most of his colleagues and opponents, with his ability to drive forward from deep the only real respite his team had for a long spell, while he also showed his usually ball-winning with gusto and good positional work.

Steven Davis, while more understated in his work, was diligent positionally, made several big challenges, stopped the runners from deep and did much of the unseen work which kept Celtic at bay despite dominating.

Title talk and challenges ahead

While stopping 10 in a row (and earning their first a decade) are key objectives, Rangers won’t be celebrating yet.

They play third-place Aberdeen next which is another tough encounter, and it’s important to note they’ll have ambitions of going a little further in the Europa League yet, too.

How Gerrard juggles his resources, if any winter additions are made and what the scale of the club’s European targets are will all determine just how memorable a season this can be for the Gers.

No celebrating yet, but this was a huge three points and a big step toward the title.

Jose Mourinho plays the mind games ahead of Liverpool clash