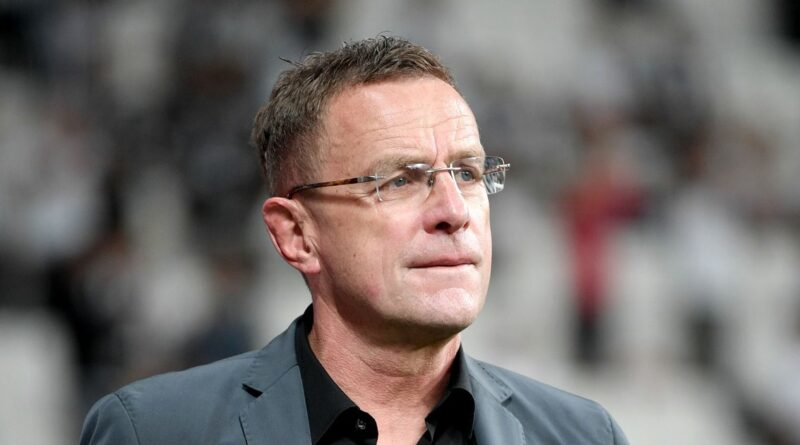 Ralf Rangnick has claimed he rejected the chance to become Chelsea's manager on an interim basis prior to the appointment of Thomas Tuchel at Stamford Bridge.

The former Schalke and RB Leipzig boss has not held down a managerial post since 2019, when he was promoted by Red Bull to oversee their global football development.

He has often teased a return to the dugout though, and was due to take over the reins at AC Milan in the summer until the Italian club made a shock U-turn.

And it appears he could have succeeded Frank Lampard at Chelsea, but opted against it due to its short-term nature.

"I said: 'I would like to come and work with you, but I can't do it for four months. I'm not an interim coach," Rangnick recalled to The Times .

Chelsea owner Roman Abramovich has been a fan of appointing interim coaches in the past, with Rafa Benitez and Guus Hiddink the most notable stop-gaps.

But instead he eventually offered an 18-month deal to Tuchel, who had only recently been dismissed by PSG.

Rangnick has fulfilled brief tenures at both Schalke and Leipzig in the past but now wants a more long-term project, similar to he had with Hoffenheim between 2006-11.

Asked whether he was tempted by the prospect of managing in England, Rangnick replied: "It would have to be something special.

"It depends on the club and whether you want to work with a German coach."

The 62-year-old also revealed he came close to landing the role of England manager following Roy Hodgson's resignation, but ultimately lost out.

"The England job was between me and Allardyce," he said. "They decided on Sam. We know how that went."

Where will Chelsea finish in the table this season? Have your say below.

Meanwhile Chelsea are still paying Lampard a weekly wage of £75,000 by way of compensation.

The Blues owed him for another six months after axing him last month but have kept Lampard on the payroll rather than fork out one lump sum of £1.8million.

Lampard will have received the total amount due by July, unless he takes another job before then, in which case the cash would be foregone.