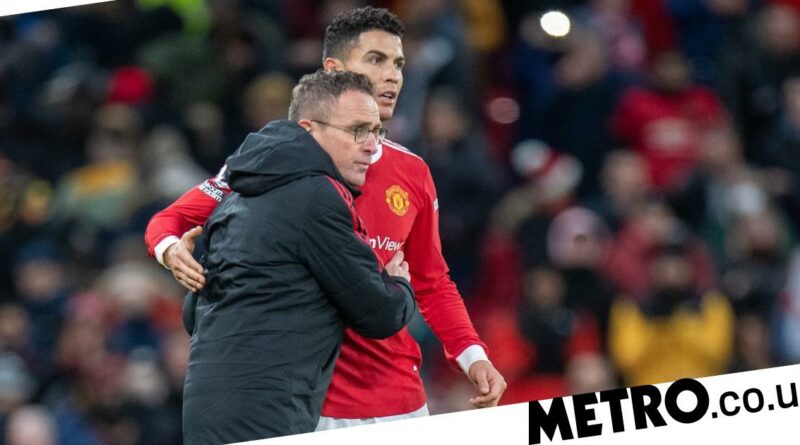 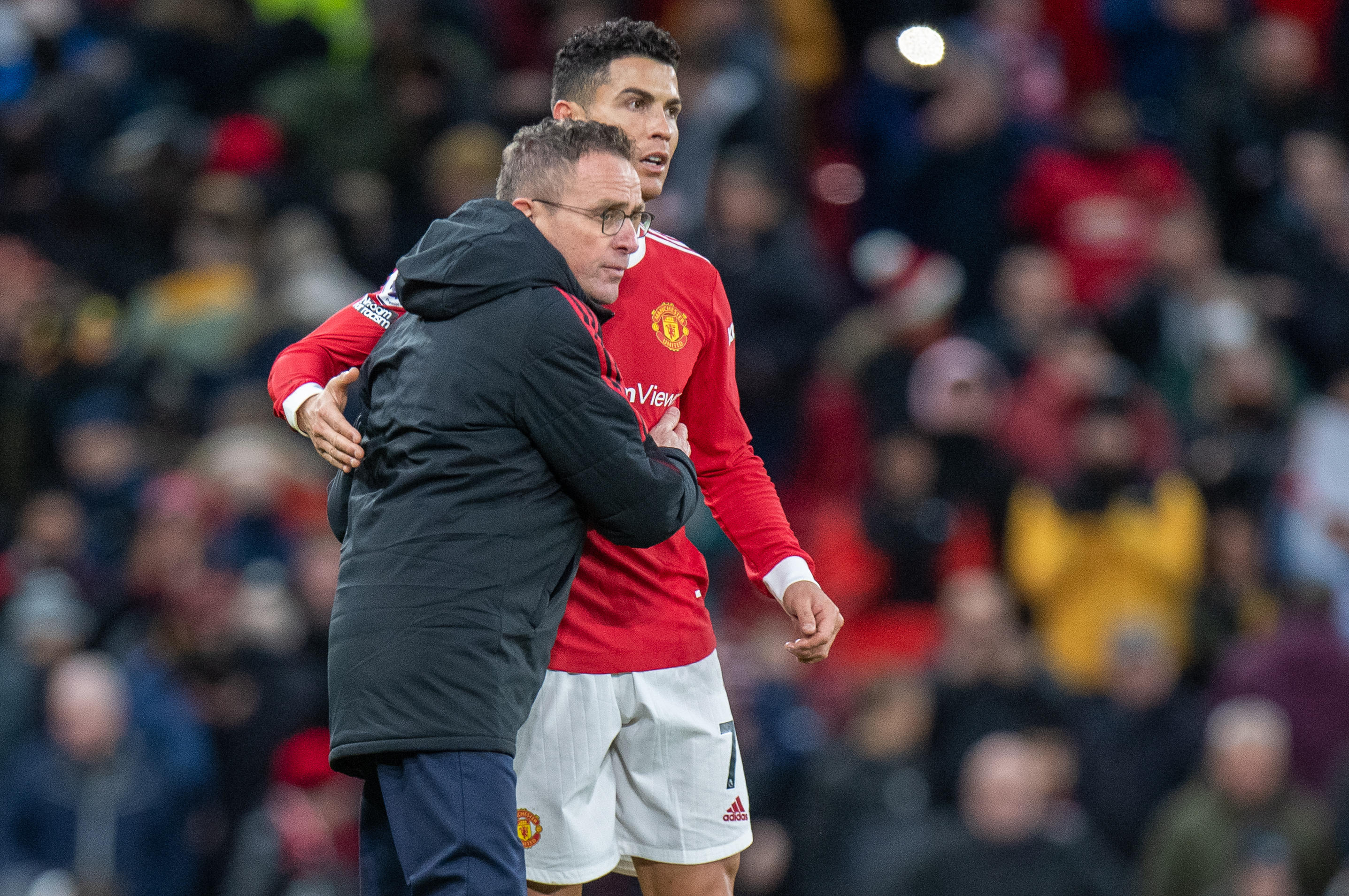 Ralf Rangnick has revealed Cristiano Ronaldo is missing Manchester United’s clash with Leicester this evening due to illness.

The Red Devils will be without their star striker after a doctor went to visit his home this morning but ruled he was not well enough to feature.

‘He had some flu like symptoms before training yesterday, he didn’t feel well enough to train,’ Rangnick said.

‘We sent out doctor to his home this morning to check if he felt any better but he didn’t, so he’s not in the starting XI as he was supposed to be.’

The 37-year-old helped Portugal qualify for the 2022 World Cup over the international break, featuring in both of their playoff wins against Turkey and North Macedonia.

However, the striker didn’t report to the Lowry Hotel last night and hasn’t recovered from illness in time for today’s match.

The Red Devils sit sixth in the Premier League table, four points behind fourth-placed Arsenal but having played a game more than the Gunners.

It’s unclear exactly how United will line up this afternoon but with Edinson Cavani also out, Paul Pogba or Bruno Fernandes could play as a false nine.

Teenage star Anthony Elanga leads the line up front while Marcus Rashford is on the bench.