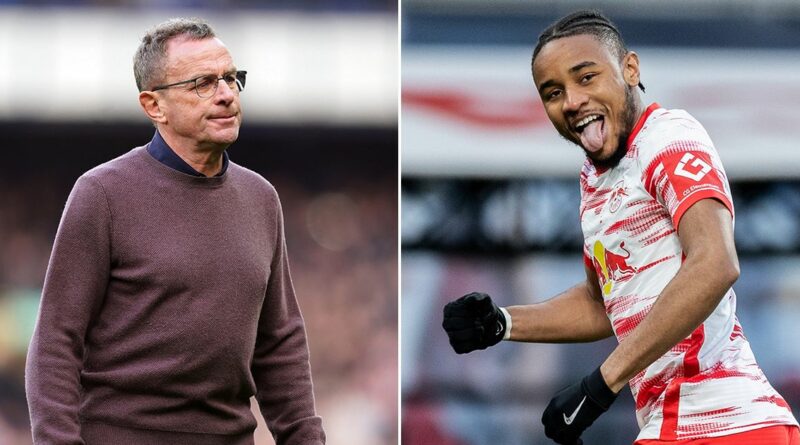 The German, 63, is a former boss of the player’s side and knows all about the Frenchman’s ability. And ESPN report that Rangnick could not believe it when United scouts informed him that they had not listed Nkunku, 24, as a potential target.

Nkunku has scored an incredible 28 goals already this season, including a devastating hat-trick against Manchester City in September. But the Stretford Paddock YouTube channel says that United were not actively looking at the star midfielder before Rangnick took over in the dugout and no shortlist was complied featuring the player.

Nkunku moved to the Bundesliga from PSG in 2019 and is enjoying a superb season for Domenico Tedesco’s side. ESPN also say that the German side will listen to offers around £63million mark for the player whose contract is up in 2024.

Though Rangnick will move upstairs to an advisory role, it’s believed he will have some say on transfers. Following the 1-0 defeat to Everton on Saturday, the United interim boss said the managerial situation cannot excuse the players' performances.

Do you think an attacker should be a priority to United this season? Let us know your thoughts in the comments section below.

Ajax coach Erik ten Hag is expected to take over as manager in the summer but recent reports state that the finer details are still being ironed out. It’s led to some to believe that the players are putting on poor displays owing to the lack of clarity.

"No, I don't see any connection between this issue and I don't think that we should allow anyone to have that alibi, or that excuse," Rangnick stressed. "A new manager will come and it doesn't matter if this will be announced in five days or 10 days or 20 days.

"The players should be eager to play in the Champions League but if we play like we did today we just don't deserve it. To qualify for Europe you have to be able to score in 95 minutes."

Rangnick joined United as a manager in November on a deal until the end of this season, whereupon he should take up a role as a consultant. 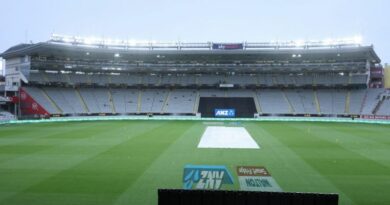