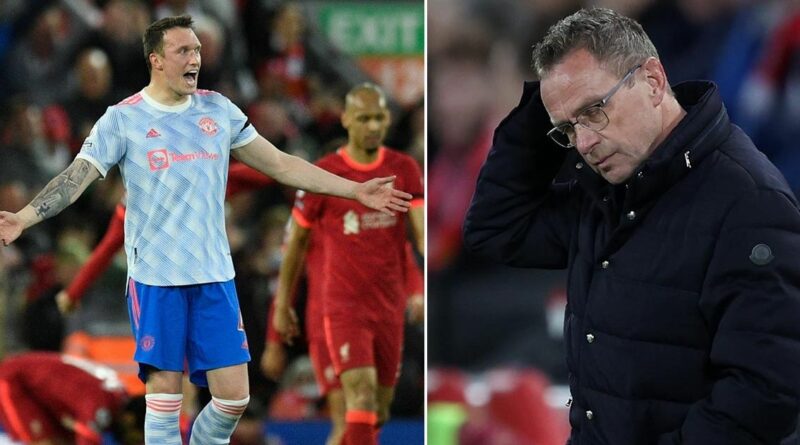 The TalkSport pundit raged online after the United coach picked the defender to start in United's 4-0 loss to Liverpool as part of a five-man defence only to substitute him after half-time.

During the Reds’ 4-0 mauling of United, the former Tottenham player tweeted: “Phil Jones must be thinking cheers gaffa absolutely throw me under the bus, thanks for your help and then drag me at half time, shambles of a manager #ManchesterUnited #LIVMUN.”

Jones, 30, made just his second appearance for United this season, with his first coming in January in a 1-0 loss to Wolves.

At Anfield, Jones was hooked off after 45 minutes as Jadon Sancho was put on for the second half. But the change did not help much as United succumbed to two further goals.

On Sky Sports duty was Roy Keane, who said that he was surprised by Jones’ admission: "If you go with a back three or back five it gives you that false sense of security,” said the Irishman. “Phil Jones has come into it. Listen, we all know about his injury problems. This is his fourth start in three seasons. Pfft. Good luck with that."

Do you think United's players are performing like the season is over? Let us know your thoughts in the comments section below.

Gary Neville said: “I'm surprised that Phil Jones has come in, but he has seen this fixture before and I think it makes them a little bit more solid."

United found themselves a goal down inside five minutes at Anfield, with Luis Diaz opening the scoring after finishing off a finely-worked teamwork goal. Mohamed Salah then latched onto Sadio Mane’s exquisite pass to give Liverpool a two-goal advantage.

Salah then scored past United’s four-man defence in the second half, before Mane rounded off the game with the Reds’ fourth of the evening.

The win puts Liverpool top of the Premier League table once again, with a point between them and Manchester City, who have a game in hand. 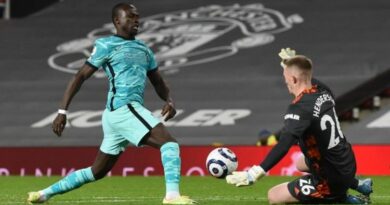 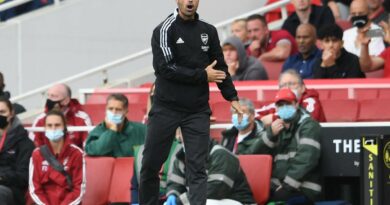 Is Man City vs Arsenal on TV today? Kick-off time, channel and how to watch Premier League fixture