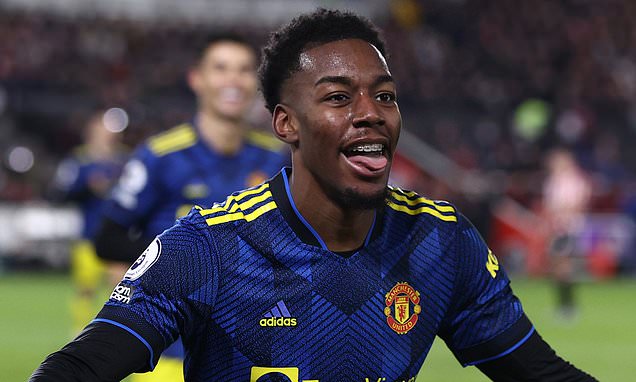 Ralf Rangnick reveals he watched videos of Anthony Elanga on YOUTUBE before working with him and thought ‘he was really good’, as interim boss admits he blocked the Manchester United starlet from leaving on loan this month

Ralf Rangnick is known for shaping the careers of young talents and it is clear that Anthony Elanga is one that has caught the eye of the interim Manchester United boss.

The 19-year-old rewarded his manager’s faith in him by scoring the opener in their 3-1 win at Brentford on Wednesday night with a brilliantly taken finish. 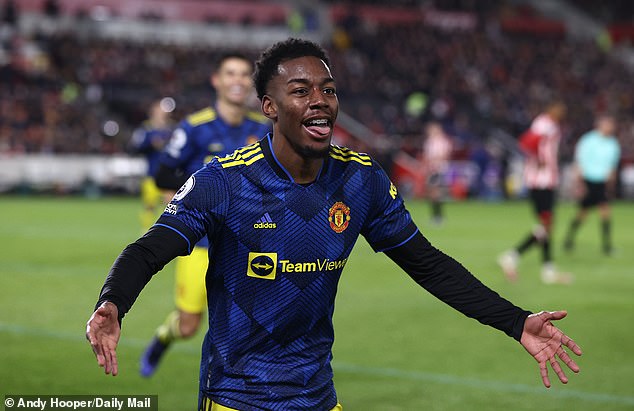 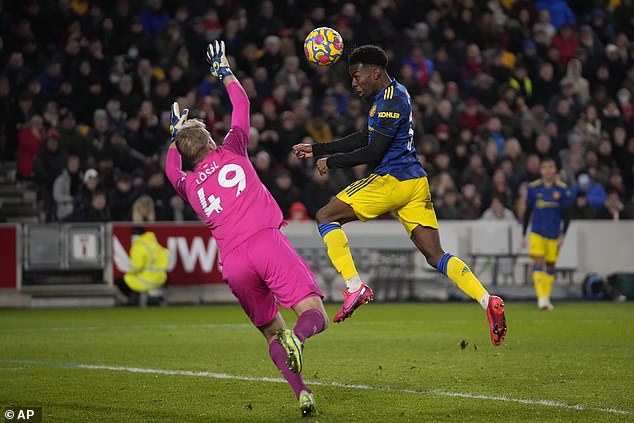 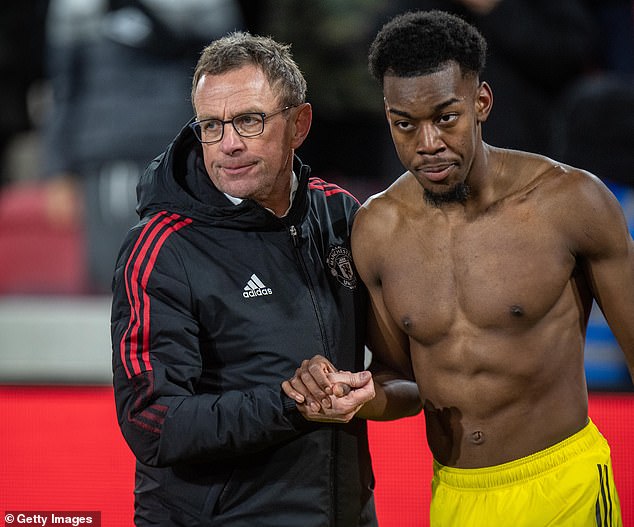 Before his appointment in December, Rangnick has revealed he watched footage of Elanga on YouTube and knew straight away he had a player on his hands.

‘I must say from the very first day from my first training session, he showed up,’ said Rangnick post-match on Wednesday.

‘l had heard his name before and I was in my hotel room watching videos of him on YouTube, I thought this boy was really good.’

Heaping further praise on the Sweden international, Rangnick said he even stopped the teenager going out on loan – such was the impression he had made.

‘He was almost on his way out on loan. I told him: “You will not go out on loan, you will stay here.” He has developed in training,’ he continued. 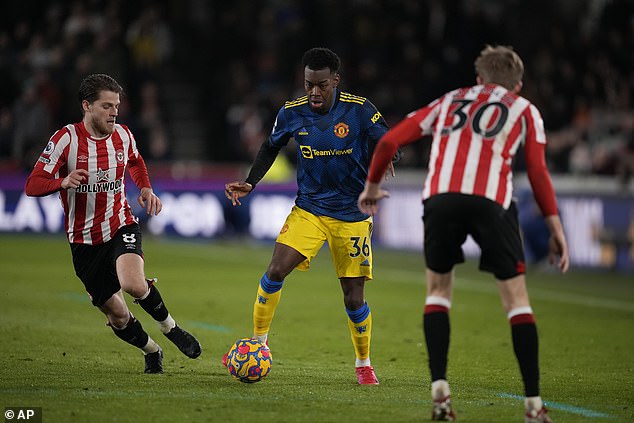 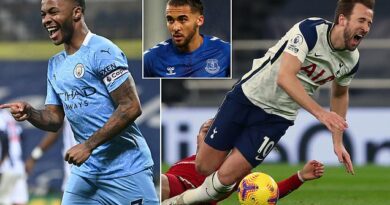