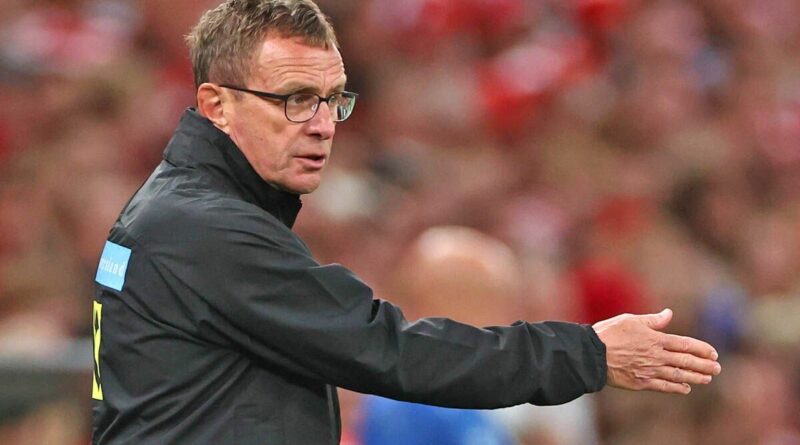 Ahead of Arsenal’s clash with Manchester United, it’s time to wind the clock back. Ralf Rangnick was in charge of the Red Devils when they last travelled to the Emirates Stadium back in April. Yet he could easily have ended up as Gunners boss instead…

Rangnick was hired as United’s interim replacement for Ole Gunnar Solskjaer back in November 2021, shortly after they’d parted ways with their former striker.

But he would end up being a disastrous appointment, with the Red Devils’ campaign going from bad to worse.

Rangnick’s time at United was marred by bad results and one of them came against Arsenal, with the Gunners beating the Red Devils 3-1 last season.

Nuno Tavares, Bukayo Saka and Granit Xhaka all struck for Mikel Arteta’s side that day.

And while Cristiano Ronaldo was on target for United, a missed penalty from Bruno Fernandes compounded a nightmare afternoon on enemy turf.

Rangnick could easily have become Arsenal manager, however. The German was shortlisted as a potential replacement for Arsene Wenger, who stepped down as boss back in 2018.

The Mirror revealed in December of 2021 that the 64-year-old actually turned down the north Londoners, however, despite their interest.

Rangnick was displeased by Arsenal’s decision to renew Mesut Ozil’s contract, with the playmaker penning a new deal that would see him pocket £300,000-a-week.

He felt he should have been consulted, especially given the club’s interest in acquiring his services, with Ozil extending his contract at a time where Arsenal were sounding out potential Wenger successors.

That decision saw Ozil become the club’s best-paid player in their entire history.

And Rangnick ultimately turned down Arsenal as a result, with the German’s call paving the way for the Gunners to hire Unai Emery instead.

Ozil signing his new Arsenal contract backfired, too, with the playmaker then enduring a remarkable fall from grace.

He didn’t feature in the first half of the 2020/2021 season and was allowed to leave for Fenerbahce, while he’s since moved to Istanbul Basaksehir.

As for Rangnick, United are now moving on from his failed stint under the guidance of Erik ten Hag.

The Dutchman’s reign started poorly with defeats to Brighton and Brentford, while they were also mauled 6-3 by Manchester City.

But United have been on an upwards trajectory in the time since and haven’t lost a game since November.

Whether they can continue their fine form against Arsenal on Sunday, in their biggest test yet, remains to be seen.

Yet there’s a sense the two fallen giants are both waking up after years of sleeping and a fascinating showdown now lies in store.

Meanwhile, United legend Gary Neville recently claimed his old side would finish higher than Arsenal in the table.

“They won’t win the league. Manchester City will win the league and I think Man United will finish second, and I know that will annoy Arsenal fans!

“The reality of it is, I think at some point Man City will hit a run. Once they do, they’ve got to play Arsenal twice.

“If Erling Haaland starts to kick on, if City start to purr, if the defence starts to shore up a bit more than it has done, and they need Ruben Dias back if they can, I think City will win it.

“At some point, there will be a very difficult period for Arsenal this season. Is it conceivable that Arsenal are going to continue as they are? I don’t think it is.”

However, former Arsenal star Bacary Sagna has disagreed and feels United are too far behind their rivals to catch them.

He told FindMyCasino: ”That is his (Neville’s) opinion. He has his own point of view, but there is a difference between his point of view and what I believe will become reality.

“This season, Arsenal have been the best, most consistent team. They have two important games coming up: United and City.

“I don’t see United finishing in front of Arsenal. They are doing better than previous years but Arsenal are better and have been the best team all season – Pep (Guardiola) will agree with that.” 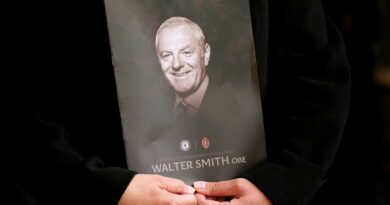