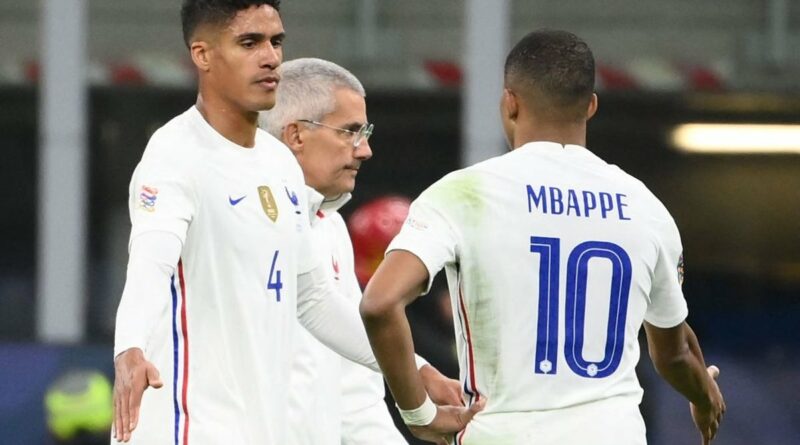 Raphael Varane went off injured during France’s Uefa Nations League final victory over Spain, with the Manchester United defender facing between a week and almost a month on the sidelines.

That’s according to injury expert and doctor of physical therapy, fitness and movement, Dr. Rajpal Brar.

France won 2-1 on Sunday thanks to Kylian Mbappe’s late winner, after Varane departed the pitch injured before the end of the first half, replaced by Dayot Upamecano.

The injury appeared to be an adductor injury to Dr. Brar, who explained the timeline for a return to action based on the different severities Varane may have suffered.

“His return timeline will depend on the specific location, and severity of the injury.

“If it’s indeed an adductor tear, a Grade One typically comes with a one-to-two-week return timeline, Grade Two you’re looking at two-and-a-half to three weeks, and then a Grade Three is going to be dependent on if surgery is required or not. Although I highly, highly doubt it’s a Grade Three, based on the fact he was able to walk off pretty well and was allowed to be on the bench, as well.

“We’ll certainly find out more, as he’s evaluated by the national team and also by Man United staff as well, but these can be tricky injuries to deal with and quite sensitive to reinjury because of the significant demands placed on the adductors during football.”

At the lower end of that scale, Varane may not miss much club-level action at all, with another week of international action lying ahead – though France are now not in action until mid-November.

At the opposite end of the likely time range with a Grade Two injury, United also face Atalanta, Liverpool and Tottenham within the 21-day period of Varane exiting France’s final. 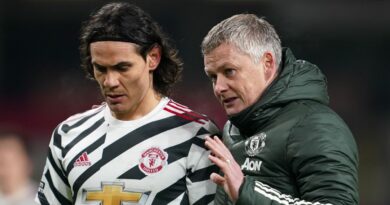 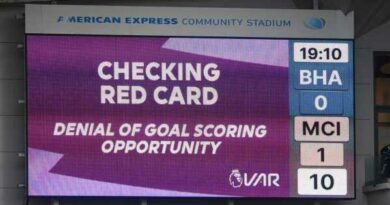 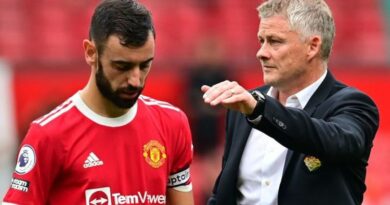