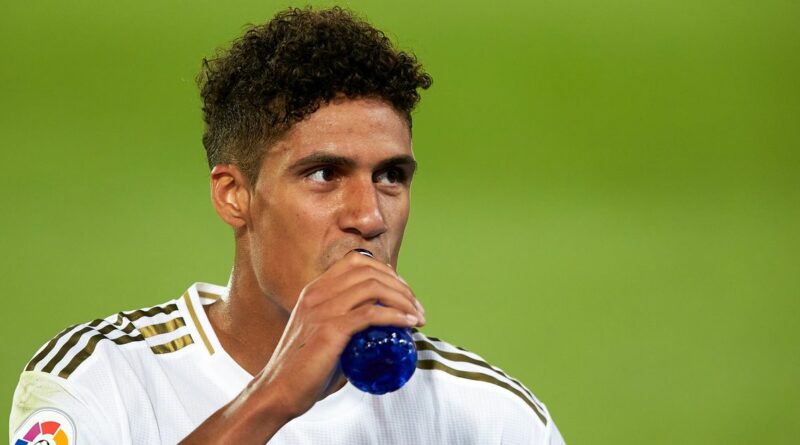 Real Madrid have announced that they will be without Raphael Varane for their Champions League quarter-final clash against Liverpool on Tuesday following a postive COVID-19 test.

Their statement reads: "Real Madrid CF informs that our player Raphael Varane has given a positive result in the COVID-19 test that has been carried out this morning."

That further blow to Zinedine Zidane means he will be without his two first-choice central defenders with Sergio Ramos also on the sidelines.

The news will come as a boost to fans of Jurgen Klopp's side, who have struggled with their own injuries in the centre of defence so far this season.

Zidane was asked before the match about another player who is on the sidelines in Eden Hazard, before praising Klopp for the work he has done at Anfield.

He said: "The important thing is that Eden is relaxed, and returns when he is fully recovered.

“If he is right, then I always want him with the team. But now we are going step by step, and we will see when he plays again."

Before adding of Klopp: "He's a great coach. He has experience and the work he has done. Everyone has their own way. I looked at all the technicians and saw a lot of things about him when he was doing the course.

"I'm not going to copy him but you learn and I learned from him."

Klopp said before the encounter in the Spanish capital: “I’m not so determined to show the world how good we are or whatever. I want to show our fans that we are still fighting.

“That is much more important to me. If people think because we don’t play a good season I am a worse manager then I don’t like that but I don’t care to be honest.

"We had some problems that you know about, but it’s not about that.

“We want to get whatever is possible out of this season. We’ve said it a lot of times – until a specific moment in a season you create a basis and then there is the finishing part of the season. We are in that.

"Recently we have created a better basis than we have done this year but we are still in a fight and all of a sudden for the Champions League spots as well."

Zidane was also asked about the fitness of his captain Ramos, who spent time on the sidelines before going away on international duty and picking up another knock.

He said: "Injuries are a part of football that we don’t like, but they happen. But, nobody is to blame here.

"We just want Sergio to recover as soon as possible, knowing the player and captain he is.