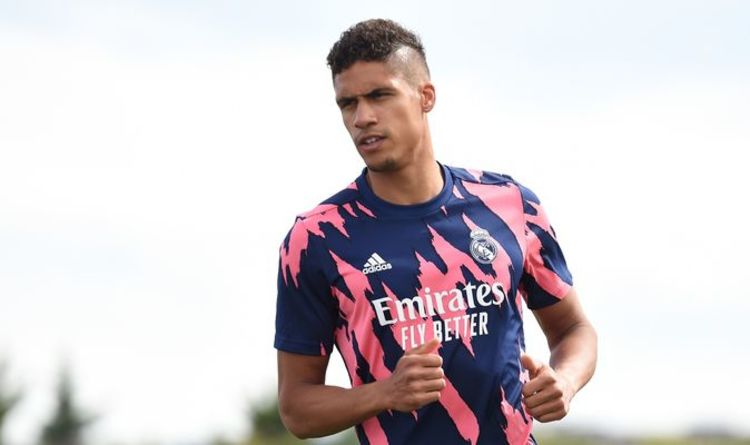 Varane: All you need to know about Man Utd-linked defender

Raphael Varane is set to demand enormous wages from Manchester United if he is to complete a move from Real Madrid this summer. The Frenchman is edging closer to a departure from Los Blancos as he enters the final year of his contract.

Negotiations over a new deal have broken down, with Varane telling the La Liga giants that he is ready for a new challenge.

The Red Devils are the frontrunners to sign him from Madrid as Ole Gunnar Solskjaer looks for a new partner for Harry Maguire at the heart of his defence.

Varane is the man Solskjaer has earmarked for that role and the two clubs are edging closer to agreeing a price.

Should a valuation be agreed, the move should not take much longer to complete, with personal terms having already been reached.

As part of those terms, United are set to hand Varane a bumper pay rise which would automatically make him their fifth-highest paid player.

According to Sport, Varane will be given £10.3million a year deal to sign for the Red Devils, a pay rise of more than 50 per cent from his current contract with Madrid.

They state that wages are one of Varane’s main reasons for departing the Spanish capital, with Los Blancos only able to hand him a £1.7m pay rise on his £4m contract.

The defender believes that Madrid should be able to at least match United’s offer considering his decade of service, which has delivered four Champions League titles.

But such an offer has not been forthcoming, putting the Red Devils in the driving seat as their offer “far exceeds” Madrid’s.

In fact, it would put him into the top five for the highest earners at Old Trafford according to Spotrac, ahead of potential centre-back partner Maguire, who takes home £9.8m a year.

Spanish keeper De Gea is United’s top earner, being paid an enormous £19.5m a year, with Martial second with a £13m a year pay packet.

Cavani and Rashford both earn more than £10.4m, with Varane sitting just behind them if he does move to United.

United’s player of the season last term Bruno Fernades is in a similar pay bracket as Maguire, earning £9.4m a year.

Juan Mata and Luke Shaw are next on the list, followed closely by Fred and Victor Lindelof, while outcast Alex Telles earns roughly £200,000 a year more than first-team regular Aaron Wan-Bissaka.

Scott McTominay is the lowest paid starter in Solskjaer’s squad, with the Scot earning just more than £1m a year.