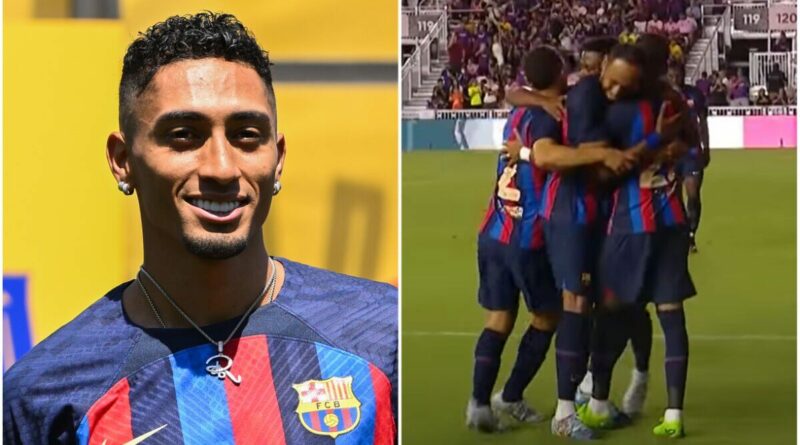 Raphinha put on a show during his non-competitive Barcelona debut on Wednesday morning, playing a prominent role in all three goals during a rampant first-half display. The Brazilian was chased by both Chelsea and Arsenal before sewing up his move to the Camp Nou, where early signs suggest that he could be a massive hit under Xavi.

Raphinha’s transfer saga was one of the most dramatic and unpredictable of the summer, with the former Leeds winger being pulled in one direction and then the next. At one point Arsenal looked to be leading the race, before Chelsea stormed ahead by agreeing a £55million fee.

The Brazilian was always keen to wait until Barca submitted their own offer, however, and the Catalan giants eventually pulled through and tabled enough cash for Leeds to give the green light. After two superb seasons in the Premier League, Raphinha has wasted no time in making an impression on Xavi and his coaching staff, dazzling in a pre-season rout over Inter Miami on Wednesday.

The Spaniards were three up by half time, and Raphinha immediately showed his team-mates what he is capable of by playing an eye-catching role in all of them. 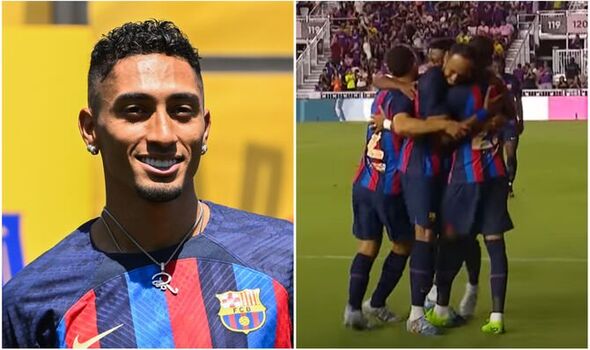 Within 20 minutes, the former Rennes winger drifted inside, played a quickfire one-two and fed Pierre-Emerick Aubameyang who opened the scoring with a deft chip over the goalkeeper. It was then time for Raphinha to get on the scoresheet himself, dropping off to the back post and making a full, left-footed volley into the far corner look second nature.

Before he was substituted at half-time, he dinked an inch-perfect ball to the onrushing Ansu Fati who struck a half-volley into the net. Barca were then well on their way to completing the 6-0 scoreline with Gavi, Memphis Depay and Ousmane Dembele rounding off the match after the break.

Although not his competitive debut, it was some way for Raphinha to announce himself to the Barca fanbase after a high-profile switch from Elland Road. The 25-year-old should get another chance to impress in a pre-season tie with Real Madrid on Sunday, and the La Liga season is due to get underway in less than a month’s time.

The tricky winger becoming a success under Xavi will be considered paramount for everyone at the club, given that they pulled a series of financial strings to make it happen. Last summer, Barca had racked so much debt that they were forced into an emotional farewell with club icon Lionel Messi.

While Chelsea and Arsenal both missed out on Raphinha, there are already other options on the table. 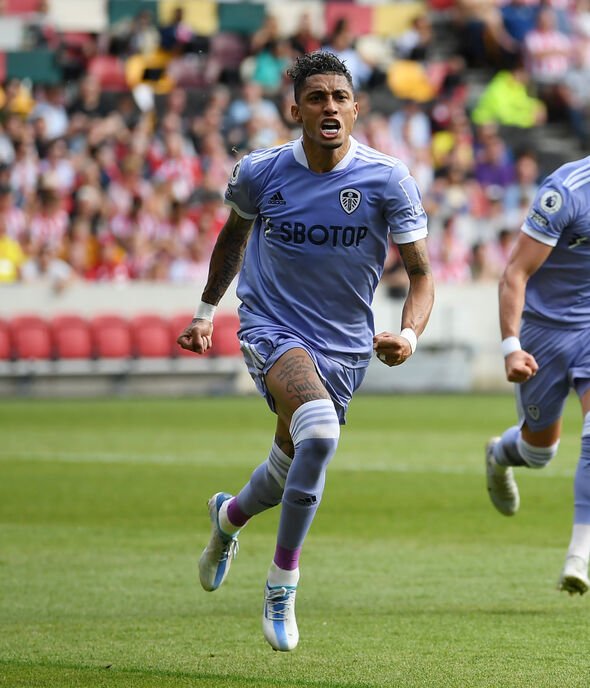 The Blues completed one of the biggest Premier League transfers of the summer by splashing out on Raheem Sterling from Manchester City. Another winger is believed to be on Thomas Tuchel’s wish list, however, with Hakim Ziyech and Timo Werner both linked with exits from Stamford Bridge.

As for Arsenal, an agreed deal for Oleksandr Zinchenko will boost their versatility and squad depth, but Mikel Arteta may switch focus to recruiting more width before the end of the summer having missed out on Raphinha and put Nicolas Pepe in the shop window.

No fairytale finish for Muscat, Valeri as Hiroshima see off Victory 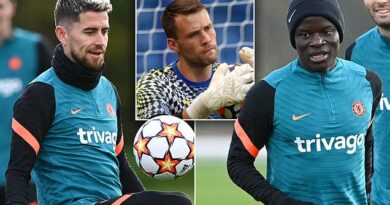