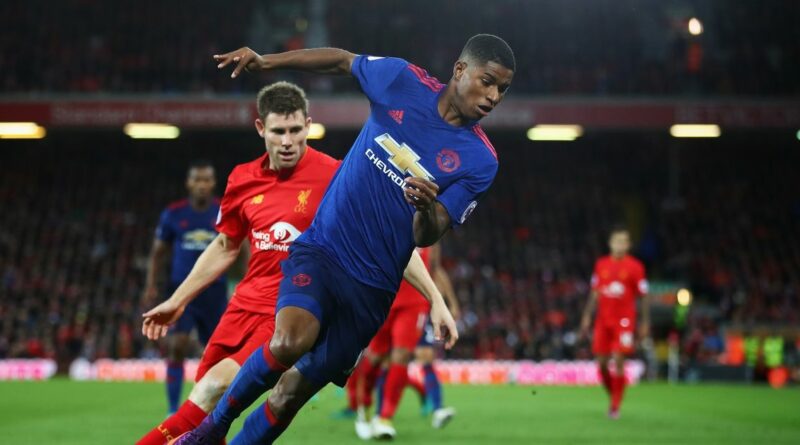 Marcus Rashford has called for cool heads when Manchester United go into battle with bitter enemies Liverpool this weekend.

The two giants of English football collide at Anfield on Sunday in what promises to be another explosive chapter in their long and fierce rivalry.

United will arrive on Merseyside looking down on Jurgen Klopp's men for once, having charged above them to the top of the table.

The reigning champions, meanwhile, will be desperate to peg back United in what is always the biggest game of the season for both clubs.

The fixture has been a powderkeg one down the years – as Rashford knows only too well.

The England striker admits the occasion got to him at first and he almost saw red in one particular clash at Old Trafford when he clattered into rival James Milner.

Rashford even remembers how the likes of Wayne Rooney and Michael Carrick had to calm him down as he threatened to let his emotions get the better of him.

The 22-year-old, who was speaking after become the youngest ever recipient of the Football Writers' Association 'Tribute Award' in recognition for his fight against child food poverty, said:

"I think it was my first or second game and just one minute into the game, I was just emotionally into the game and I made a tackle and was lucky it was on James Milner. He is not one to roll around on the floor! He just bounced back up.

"It was just a yellow card, but on another day it could have been a red card.

"They are the moments where you have to learn from and I had the right players around me who made me just get on with the game and play football.

"At that time, it would have been Carra (Carrick) and Wazza (Rooney). They were just getting me to calm down and play the game.

"You have to, it is so important that you do that because you can be off before you know it."

Rashford admits he loves to score against Liverpool more than any other club – and is relishing the chance to try and end his rivals' remarkable unbeaten home record of 64 league games.

He said: "For me there is no sweeter feeling. As a kid from Manchester that supports United, there are no bigger games to score goals in.

"But for us to beat them we are going to have to be at our best – it is as simple as that really. Nothing changes for us, we try to be at our best for every single game. We will approach this one in the same way.

"If you do that, as players, if you give all you can give, you know that when you come off the pitch you have left everything out there, there is not much you can do

"You can be down about the result if it does not go your way, but other than that, you know you have given yourself the best chance of winning the game – and that is what we will go there and do."

United have not led the league after 17 games of a season since 2012, when Sir Alex Ferguson was still manager.

Rashford knows it would be a dream come true to go on and land the title – and admits anything less will be considered a failure in his eyes.

"We are a team which is still improving, we are in a good run of form, so we have to just try to keep focussing on ourselves and do the best we can do. As long as we do that, you walk off the pitch with no regrets."

Robertson has written a book after Liverpool's title-winning season 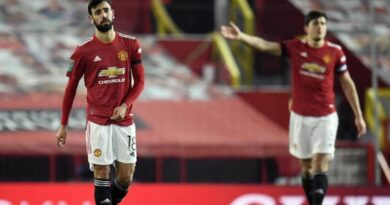