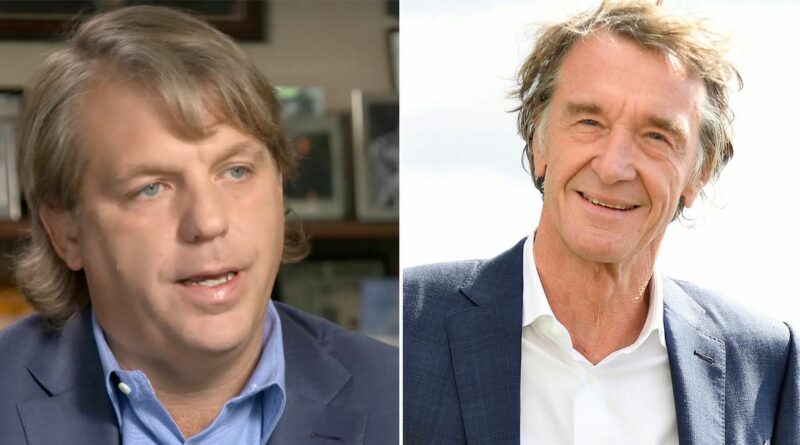 Sir Jim Ratcliffe is not willing to accept defeat in his bid to become the owner of Chelsea Football Club, despite Todd Boehly being named as the preferred bidder.

Many weren’t expecting Ratcliffe, who is one of the richest men in Britain, to submit a bid for the club but arrived with an offer of £4.25billion in the eleventh hour. However, despite the significant proposal, Raine Group are thought to be allowing Boehly exclusively negotiate for the club, according to the Evening Standard.

But they report that Ratcliffe’s offer remains on the table and is still seen as a ‘viable option’ by some at the club. He could even increase his offer further to swing the pendulum in his favour and hijack the negotiations entirely.

If Boehly successfully negotiates a deal with Chelsea and becomes their owner then he has plans to invest into Stamford Bridge and redevelop their home ground. However, there appears to be no room for error in those negotiations.

If the talks break down then Ratcliffe is waiting in the wings to capitalise on the opportunity and get a deal over the line. Boehly and his company, INEOS, currently own Ligue 1 outfit Nice.

But that doesn’t mean that he is not willing to pump cash into Chelsea, releasing a statement about how he wants to improve Stadium Bridge as well as the team. It went on to state that there will be an investment into all teams and also into the academy.

Speaking to talkSPORT, former Crystal Palace owner Simon Jordan was asked about the purpose of Ratcliffe’s bid, to which he replied: "No idea… being a disruptor? His bid is the lowest bid.

“He hasn’t bid what the other guys have bid (£3 billion) and he has bid the £2.5billion. Jim Ratcliffe, whenever he gets involved in sport it is not always the greatest success.

“You also have the Todd Boehly bid, the make-up of that and who is behind it. There are some very interesting people, not necessarily financially well-heeled, but people who are intellectually well-heeled like Danny Finkelstein. It’s going to be Todd Boehly and his gang."