‘It is good to know that they are talking about you’: Manchester United target Raul Jimenez welcomes transfer talk as Wolves slap £90m price tag on star

Manchester United target Raul Jimenez has welcomed talk of a Wolves exit this summer after admitting he is delighted to see his name linked with top clubs.

The Mexican striker has been prolific in his two seasons in the Premier League and at 29 is now being linked with a whole host of big names.

Jimenez has now broken his silence on the transfer rumours surrounding him, with Wolves reportedly slapping a £90million price tag upon his head. 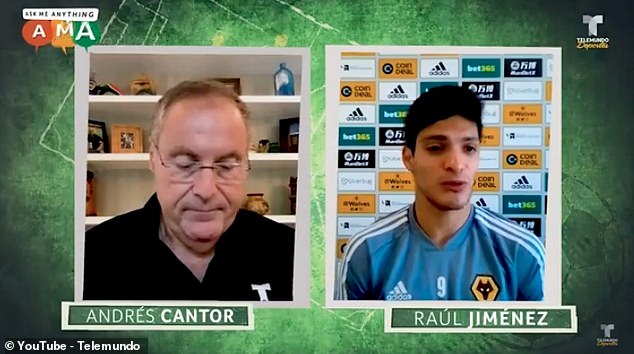 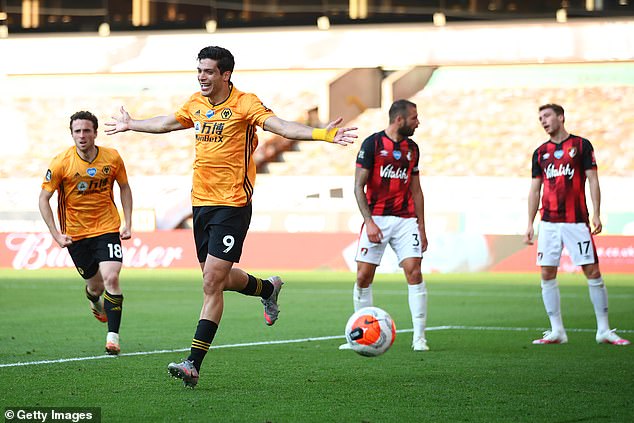 He told Telemundo: ‘First of all I am very happy here with Wolves. I am in a place where from the first moment we made an incredible connection.

‘It is good to know that they are talking about you, but what I have to do to make that happen is to continue doing my job here with the Wolves.’ 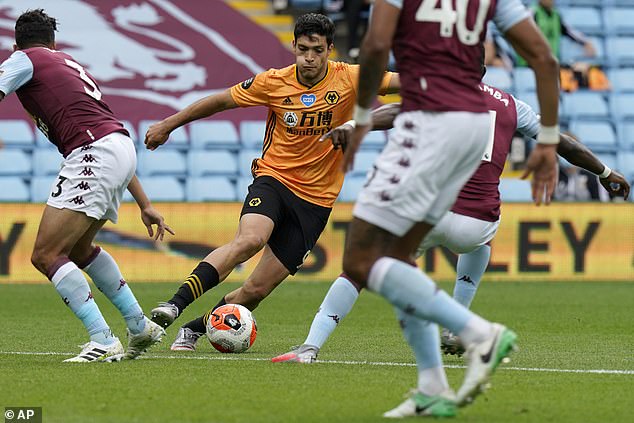 Jimenez, pictured taking on Aston Villa after the restart, has 41 goals in 91 games for Wolves 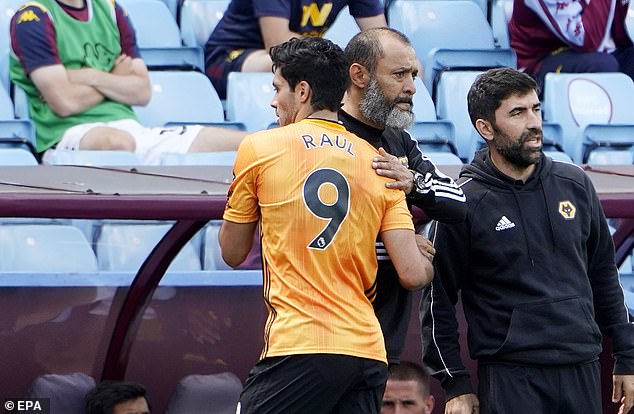 United are one club that appear to have a keen interest in signing the striker, although any deal may hinge on whether they secure Champions League football.

In fact, there is still a chance Wolves will finish above their rivals, with the two teams sitting level on points after 32 matches.

They are currently fifth and sixth respectively in the Premier League table and are embroiled in a fierce battle for Champions League football next season.

Espirito Santo warns Arsenal that Wolves will ‘compete to the maximum’

Classic Match of the Day to show highlights of memorable matches