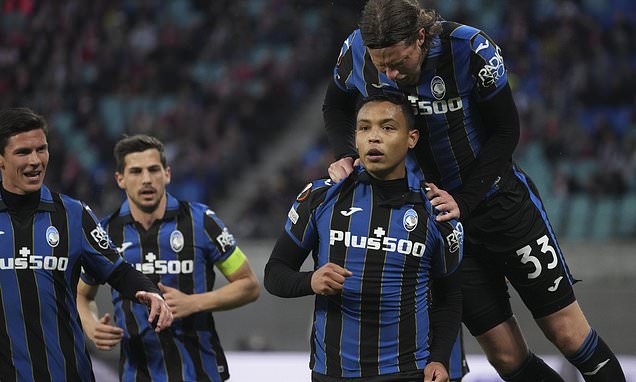 RB Leipzig and Atalanta played out an exciting draw in Germany to leave their Europa League quarter-final tie finely poised ahead of the return leg next week.

Both clubs have struggled to replicate previous seasons’ form so far this campaign but they put on a showcase of entertaining, if at times chaotic, football here.

Having both dropped out of the Champions League into Europe’s secondary continental competition, it was billed as one of the ties of the round and it lived up to that billing. 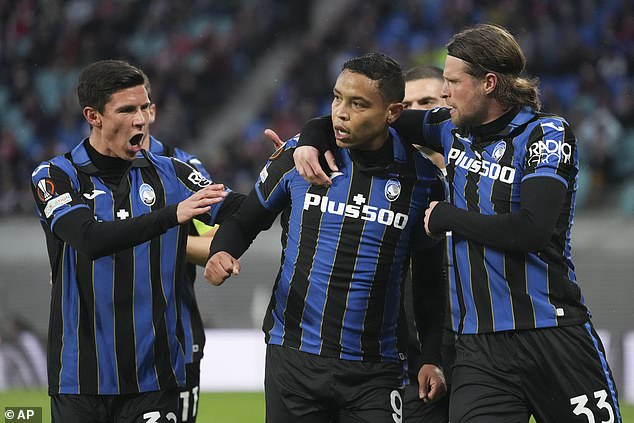 Atalanta, who went ahead through an excellent strike from Colombian Luis Muriel, had to withstand some early Leipzig pressure.

The German side’s tails were clearly up after a resounding 4-1 victory away at Borussia Dortmund over the weekend which only further confirmed the remarkable job that Domenico Tedesco has done since taking over in December last year.

However, Europe is a different matter after 17 minutes they were behind to Gian Piero Gasperini’s side. 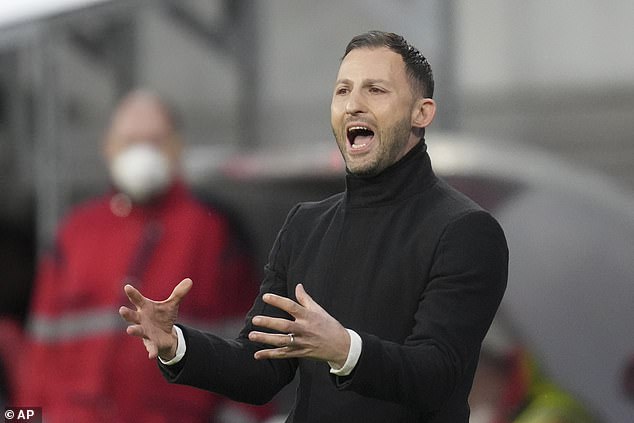 Davide Zappacosta picked up the ball on the left and played a simple pass to Muriel.

Muriel, seeing a wall of Leipzig defenders in front of him might have been better placed to delay and find a teammate. But he took on the challenge.

Jinking inside two in a manner rather reminiscent of Kylian Mbappe’s first leg goal against Real Madrid in February, Muriel then let fly past Peter Gulacsi.

From there, they pressed for a second, but the threat from Leipzig’s array of attacking talent was ever-present.

The instruction to former Middlesbrough midfielder Marten de Roon had clearly been to mark Dani Olmo out of the game, and it was a job he performed well.

But often that opens space for others, as it did here. Christopher Nkunku bundled his way into the box before the ball fell to Andre Silva who struck the base of the post.

There would still be time in the first half for the woodwork to be struck again, this time Mario Pasalic spotting a hole in the Leipzig backline and he tried to squeeze the ball in from an angle but it proved just too tight. 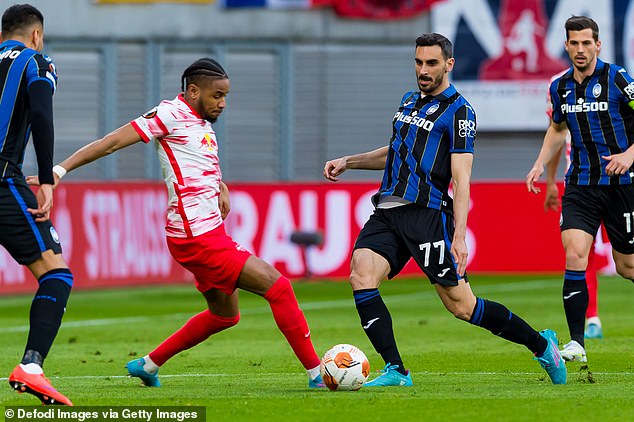 Christopher Nkunku troubled Atalanta all night, including winning a penalty off Demiral

The second half brought slightly more control early on, but then the game exploded into life.

Nkunku, who worried Atalanta all evening, drove into the box before cutting back. Merih Demiral’s feet were not quick enough and he brought the Frenchman down. Referee Michael Oliver said penalty.

VAR briefly had a look, but there was not enough of an error by Oliver for it to reverse the decision.

Silva stepped up but it was superbly saved by Juan Musso who raised a right arm when diving to his left to deny the Portuguese.

If Atalanta had thought justice was served for a dodgy penalty decision, they were soon ruing some defensive mishaps. 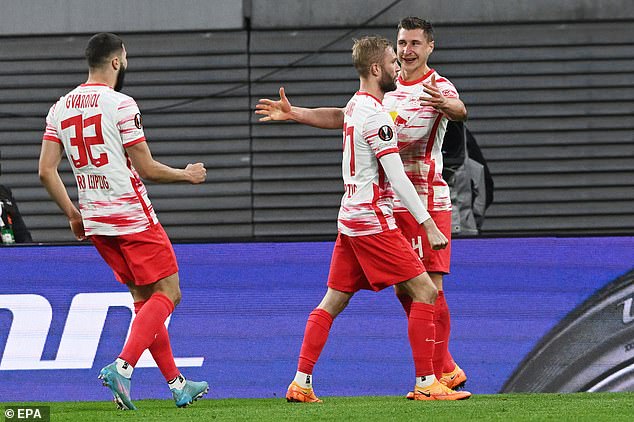 The ball ended up at the feet of Angelino who still had a number of teammates in the Atalanta box. Willi Orban, challenging Zappacosta, got a touch that saved the blushes of Silva. 1-1.

The rest of the half brought with it chances, notably falling to substitute Giorgio Scalvini who fired over after some nice striker play from the also-introduced Duvan Zapata.

The better of the chances fell to Leipzig, however, with Silva once again missing a gilt-edge chance late on and some astonishing last-gasp Atalanta defending denying Lukas Klostermann’s shot on the line.

It leaves open the prospect of an equally entertaining return leg in Italy next week. 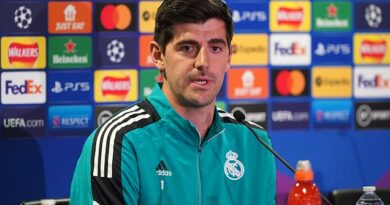