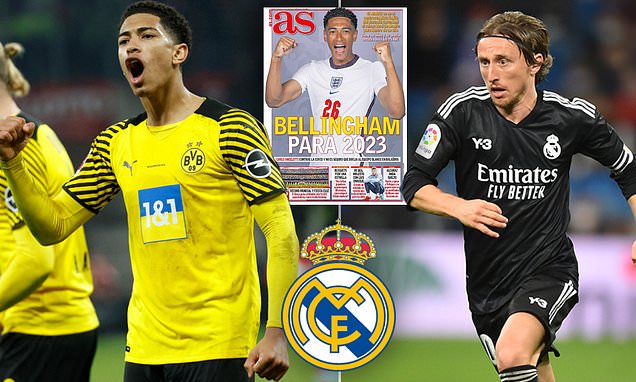 Real Madrid ‘are plotting a big money move for £100m-rated Jude Bellingham in 2023’, with the Spanish giants ‘viewing the Borussia Dortmund and England star as Luka Modric’s replacement’

Real Madrid are reportedly targeting a huge move for Jude Bellingham next year as they look to rejuvenate their midfield.

The 18-year-old has enjoyed a meteoric rise following his move from Birmingham to Borussia Dortmund in the summer of 2020 and is now one of the most sought-after talents in the game.

His brilliant performances for club and country have caught the eye of Europe’s elite and Real have now joined the race to sign him, with a plan in place to splash the cash and bring him to the Spanish capital in 2023, according to AS. 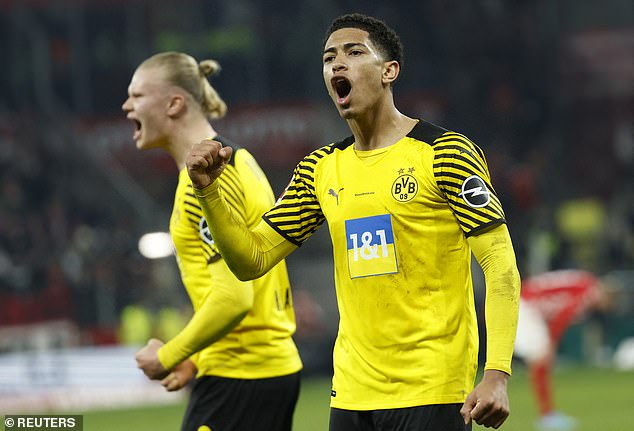 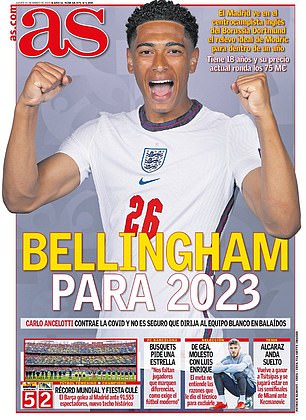 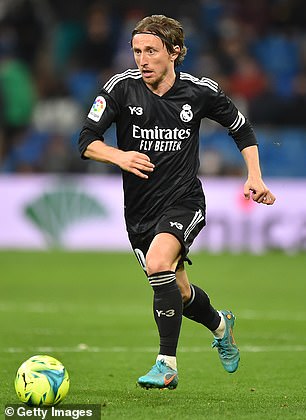 The report goes on to suggest that the Spanish giants view the England international as the ‘ideal replacement’ for Luka Modric, who turns 37 later this year.

Real are keen to rejuvenate their midfield, given Modric (36), Toni Kroos (32) and Casemiro (30) are all now in their thirties and a move for Bellingham would see him join another supremely talented midfielder in Eduardo Camavinga at the club.

While Dortmund paid £25million for a 17-year-old Bellingham in 2020, his price is now thought to have quadrupled and he will cost any potential suitors above £100m given his potential.

This has led Real to reportedly shelve plans to buy the teenager this year, given that they are prioritising moves for either Kylian Mbappe or Erling Haaland this summer. 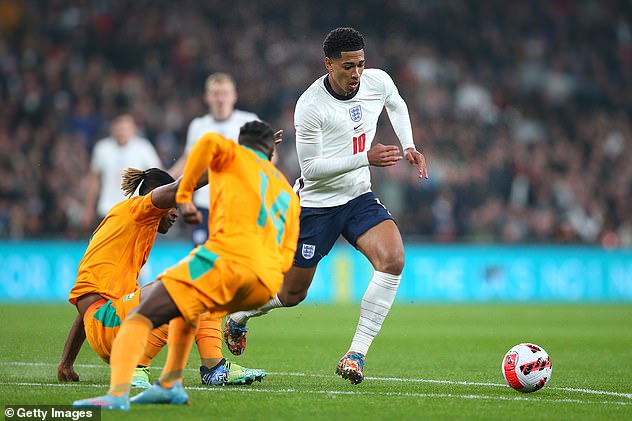 Any move for Bellingham, 18, could cost over £100million, given his incredible rise 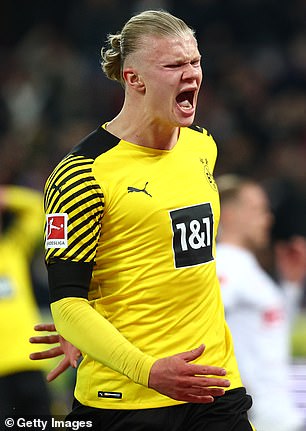 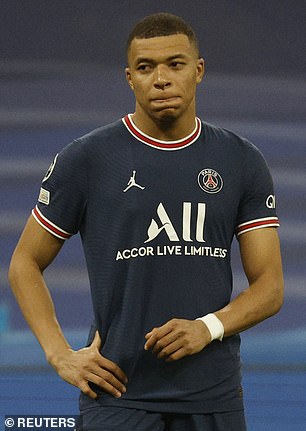 Liverpool, Chelsea and Manchester United are also said to be interested in signing Bellingham but may now find the task of landing him all that much harder given Real’s pull in the transfer market.

Bellingham was part of England’s squad for last summer’s European Championship and looks certain to travel to this year’s World Cup after shining on only his fourth international start – his 12th cap overall.

His performances for England and in training have left Manchester City winger Jack Grealish stunned at just how good he is for his age.

‘I haven’t actually (played with a teenager who is that good),’ Grealish said. ‘It is scary how good he is at 18.

‘He is just so mature. He is built like he is my age at 26. He has so much technical ability and he is mature for his age. 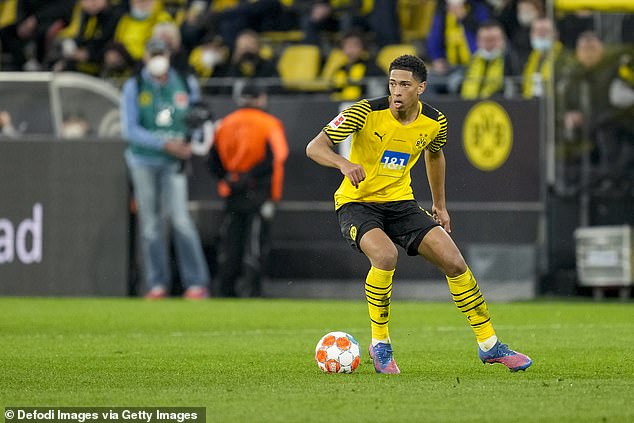 Liverpool, Chelsea and Manchester United are also said to be interested in signing Bellingham

‘I can tell you one thing, I was nowhere near as good at 18. I was at Notts County (on loan from Villa) and I was a scrawny little thing as well.

‘You see talented 18 or 19-year-old kids but not many are that mature as he is on the pitch. He is so versatile and can play in many different positions on the pitch.

‘He can be a six, eight or a 10. It was good to play with him and I think it was my first time playing with him. It is nice to play with a fellow Brummie.’

League One play-off final prize money: How much will winner of Charlton vs Sunderland get?