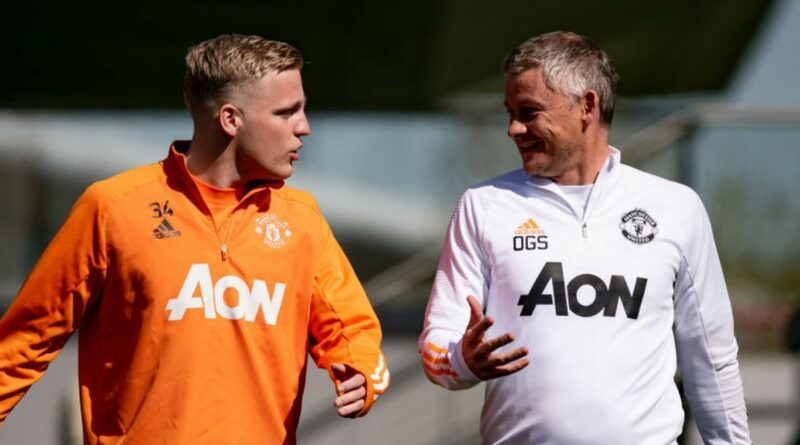 The 24-year-old has been continually shunned by Ole Gunnar Solskjaer following his August 2020 transfer, making just four Premier League starts last season and none so far this term.

Van de Beek had played a crucial role in the promising young Ajax side that came within seconds of reaching the Champions League final back in 2018/19 and winning Eredivisie the same season.

Despite being under contract until the summer of 2025, Van de Beek could be keen to leave Old Trafford due to his lack of opportunities – and might end up in Spain.

Fichajes have reported that Real Madrid have not ended the interest that they had in Van de Beek before his move to United, and will not rule out a future move.

They add that his lack of starts has seen a significant drop in his transfer valuation, and that he could be brought to Madrid as a replacement for a club icon.

Luka Modric, who could leave the club at the end of his contract in the summer, recently celebrated his 36th birthday following nine full seasons at the Bernabeu.

Modric has won two La Liga titles and four Champions League trophies during his time at the club, as well as four domestic cups since leaving Tottenham.

What do you make of Man Utd's treatment of Van de Beek? Tell us in the comments section

Back in September, Netherlands international Van de Beek told Rio Ferdinand's YouTube channel FIVE that he planned to stay and fight for his place at United.

He said: "The start was good – in my first game I scored and I think I did well.

"It's normal that you need to have time to adapt but of course you're not happy. I want to play, that's clear.

"It's hard [to deal with]. I train really hard every day, I try to improve and just wait for my chance – that's the only thing I can do. If the moment is there I have to be ready."

Next up for United after the international break are clashes against Watford, Villarreal and Chelsea, and Van de Beek will be desperate to feature following a tough start to the season.