Real Madrid are ‘confident’ that Manchester United will make an offer for Gareth Bale this summer, according to reports in Spain.

Zinedine Zidane is determined to finally cut ties with Bale, who has only made two Los Blancos appearances in the last seven months.

A departure appears to be the best solution for both parties, with reports suggesting they fail to see eye-to-eye behind the scenes, yet the Welshman’s staggering £14million-a-year wages have put off a number of potential suitors.

He still has two years remaining on his current contract, meaning Real will need to find a buyer soon or risk paying him another £28million.

However, Mundo Deportivo are reporting that the Spanish giants expect United to move for Bale in the summer transfer window.

It is unclear what that confidence is based upon, given they are yet to hear from the Red Devils.

But Daily Star Sport understands Ole Gunnar Solskjaer and co are prepared to turn their attention to Bale should they fail in their pursuit of Jadon Sancho.

Sources close to United claim the club hierarchy are plotting a sensational swoop for the ex-Tottenham star, with Borussia Dortmund still demanding £108million for Sancho.

The Old Trafford club are not willing to meet that valuation and are instead hoping Dortmund lower their asking price.

Should that not happen, however, a move for Bale will become priority.

United enquired this time last year about the winger, only to be put off by his £600,000-a-week Real wages.

Mundo Deportivo claim Bale’s salary is the biggest obstacle preventing him from leaving, as no club are prepared to match his current pay-packet.

The newspaper also makes it clear that Real are fully aware “this is what may end up happening”.

As a result, it is believed Los Blancos will offer to pay half of Bale’s salary in order to get him off their books this summer.

United’s interest has therefore been revived, although they would prefer to take the player on loan rather than buy him outright for £22million. 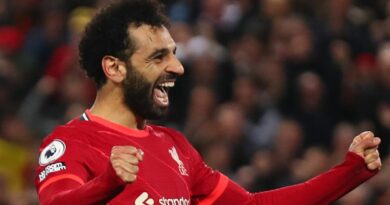 LaLiga could be stripped bare if Lionel Messi leaves Barcelona