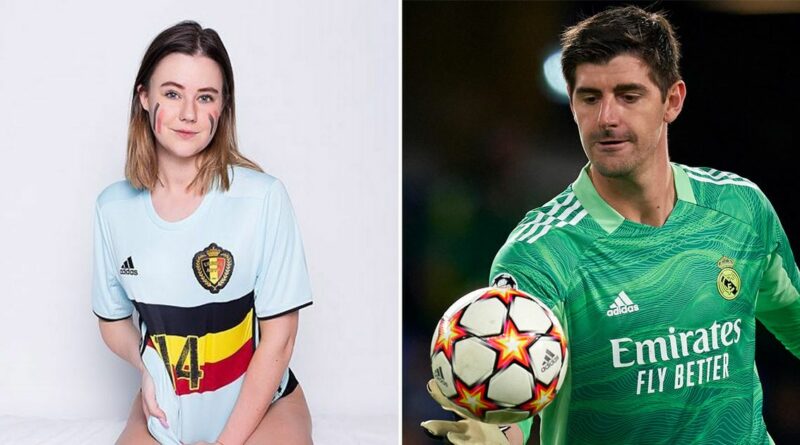 Caroline Lijnen went public with her and Courtois' affair back in 2014 and claimed she had strayed towards him after De Bruyne himself had already allegedly cheated on her with a friend. It is not the only time Courtois' dating history has made the headlines during his career, either, having dated a host of stunning models in the past.

With that in mind, here is a breakdown of his dating history, including ex-girlfriends and the neighbour he allegedly fathered a love child with. In 2014, Lijnen revealed that she had cheated on De Bruyne with Courtois two years earlier, while the pair were both loaned out by Chelsea.

Lijnen had spent three years with De Bruyne but claimed that their relationship was not the same after he had allegedly cheated on her with a close friend.

Explaining her decision to cheat on him with Courtois, she said: “Kevin had deceived me and I thought ‘Why shouldn't I do that too?’”

De Bruyne was said to be 'devastated' by the incident but the pair have since gone on to play alongside each other 70 times for the Belgian national team. According to a spokesperson from the Belgian in 2014, the pair now laugh about it. Courtois has two children with Spanish beauty Marta Dominguez, with the couple having dated for several years before confirming they had split in 2017.

They welcomed their first child in 2015 after meeting during Courtois' time on loan at Atletico Madrid, but split up while Dominguez was on the verge of giving birth to their second.

Their time together was plagued with cheating rumours, with a tapas waitress claiming Courtois cheated on Dominguez with her in 2014 before Belgian model Emily Vanhoutte claimed they had a fling a year later.

During Courtois' final season at Chelsea in 2017/18, the Belgian goalkeeper was linked with American model, and friend of Kim Kardashian, Brittny Gastineau.

The couple were first pictured kissing on a night out together after meeting at a hotel in Los Angeles in July 2017, according to The Sun.

It is understood they remained an item into 2018, with Gastenau's former partners including 23-time Olympic gold medallist swimmer Michael Phelps. Two years on from Courtois' split from Dominguez, Daily Star revealed he had fathered a secret love child with his married neighbour while Dominguez was pregnant with their second child.

Courtois reportedly struck up a relationship with Elsa Izac after she had signed for a delivery to the then Chelsea keeper's home.

Izac romped with Courtous at the Chelsea team hotel before matches and split from her husband after the affair, before giving birth to son Enzo in September 2017, the same month Courtois confirmed his split from Dominguez.

Following his wild dating past, Courtois is now dating Israeli model Mishel Gerzig, having gone public with their relationship in August 2021.

Prior to going public, he had been spotted on a yacht with the 23-year-old model in Ibiza following Belgium's exit from last summer's Euros.

Gerzig regularly shares pictures of herself attending Real Madrid matches with her 363,000 Instagram followers and posed with Courtois and his children after Los Blancos' win over Chelsea last Wednesday. 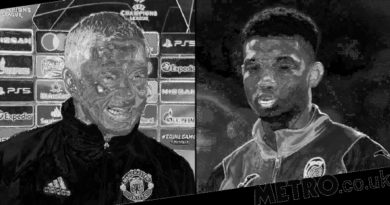