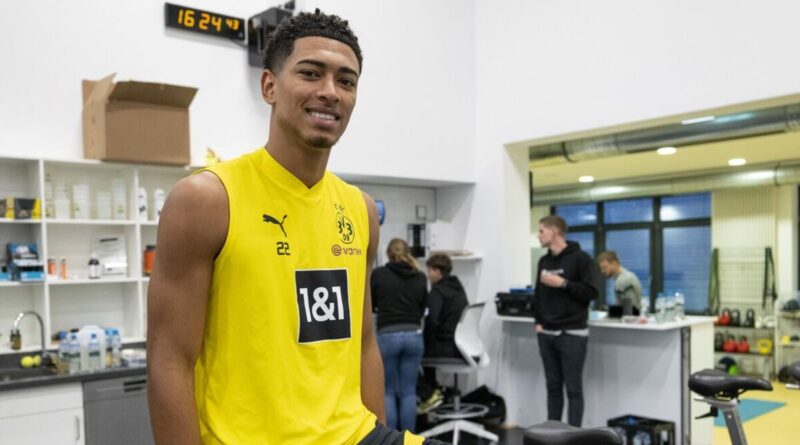 Real Madrid’s players reportedly believe the Spanish giants will lure Jude Bellingham to the Bernabeu as Liverpool are left praying for a repeat of the Kylian Mbappe transfer saga that saw the French attacker turn down Los Blancos. The La Liga outfit are one of the clubs desperate to sign the Borussia Dortmund midfielder next summer.

Bellingham is likely to leave Dortmund at the end of the season. Every major club in Europe is poised to be interested in a deal.

Dortmund could demand north of £100million for Bellingham, ruling out several clubs. However, Liverpool and Real are believed to have completed plenty of the groundwork on a possible blockbuster transfer.

The two European heavyweights could end up going head-to-head for Bellingham in the summer, with Liverpool boss Jurgen Klopp desperate to overhaul his midfield. But Real apparently believe they have the edge over the Premier League side.

According to the Independent, Real executives feel they have been successful in pitching a move to the Spanish capital to the player and his family. That confidence has since transitioned to the dressing room, where players believe Bellingham will join before 2023-24.

The caveat is that this was the exact same feeling around the club regarding Paris Saint-Germain forward Mbappe in the months before he turned down Real last summer. The 24-year-old’s PSG contract was coming to a conclusion and he had a stunning offer from Madrid.

PSG ultimately presented Mbappe with an eye-watering £1m per-week deal that he signed in May last year. Real were left feeling bitter about missing out on the star of the World Cup.

Although a slightly different situation to Bellingham’s – who will almost certainly leave Dortmund and it is a matter of where he will go – Liverpool will hope for a repeat of Madrid being snubbed. The 19-year-old sensation is a key part of Klopp’s future plans.

The Reds have struggled for consistency with an ageing midfield. The aggressive and energetic performance of years gone by have been absent this season, and Klopp needs at least one new midfielder in January.

Bellingham was scheduled to hold talks with the Dortmund hierarchy once he returned from the World Cup. The German club want an answer on his future soon so they can sign a replacement.

Brighton’s Alexis Mac Allister has been linked with a switch to Dortmund to replace Bellingham. The 23-year-old has also been linked with Liverpool, but reportedly has his heart set on a move to Juventus.