‘Real Madrid to Juventus – Wales one up! Never mind the chances he’s missed, who cares about them now?’: Robbie Savage goes mad for Aaron Ramsey opener against Turkey after brilliant link up with Gareth Bale

Ramsey had already spurned two great chances but kept knocking on the door and found a way through before half time in Baku.

Savage, co-commentator on the BBC, said: ‘Never mind about the two chances he’s missed, who cares about them now!? 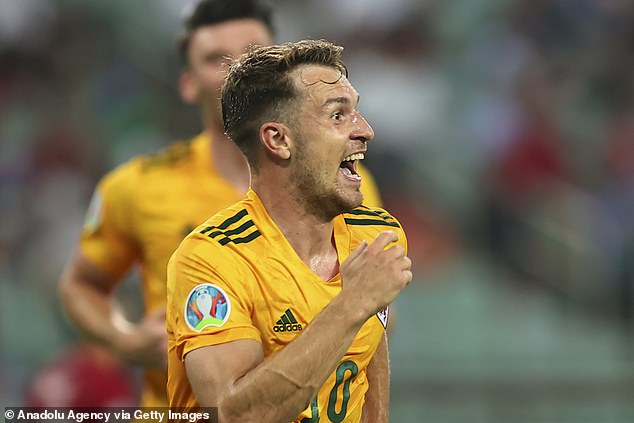 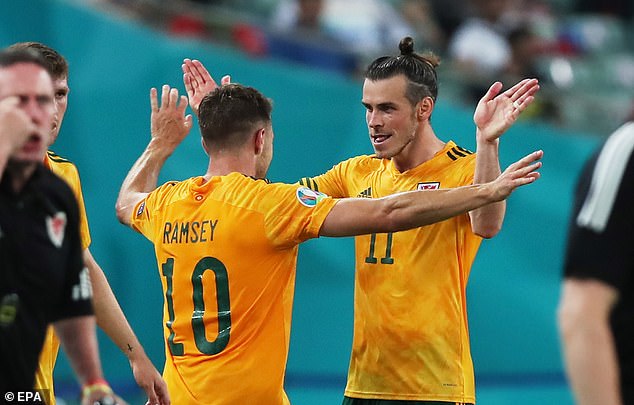 ‘Brilliant ball from Bale, he’s done that a few times tonight. The run, perfectly timed, what a pass. Then the chest, then the finish on the half volley.

‘Brilliant from Bale. Real Madrid to Juventus. Wales, one up. He can miss as many as he likes as long as that was the winner.’

Bale picked out the Juventus midfielder with a raking through ball over the top, having already found success with it early in the game.

This time he took a touch and knocked it past the keeper into the net to give Robert Page’s side the lead.

In the BBC studio at half-time. The pundits praised Ramsey’s perseverance despite missing chances. 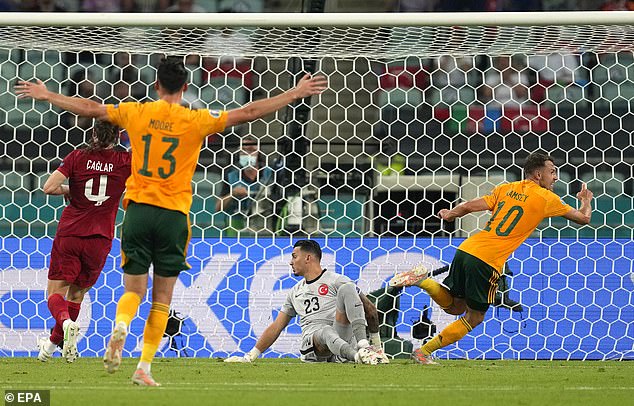 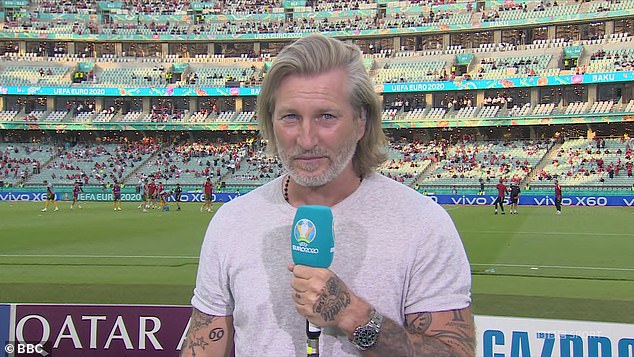 Ashley Williams said: ‘Ramsey earned all of his chances, that is a great touch and finish, on the move, onside, kind of bobbled but a great finish.

‘That is the kind of performance we need from Ramsey. He is brave, he will not shirk anything, link up play with him and Gareth have been the same for years.’

Mark Hughes added: ”Ramsey didn’t get disappointed, he kept on going, great intelligence to get on the end of the same type of ball.

‘Angled runs on straight balls takes people out of the game.’ 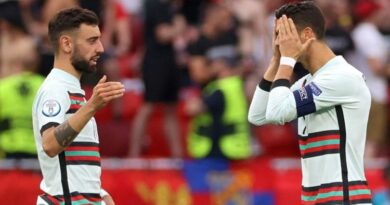 Manchester United board at war with Everton over failed transfers 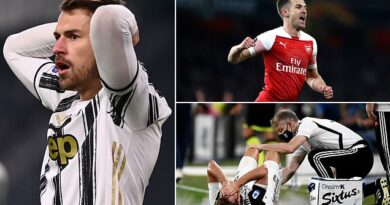