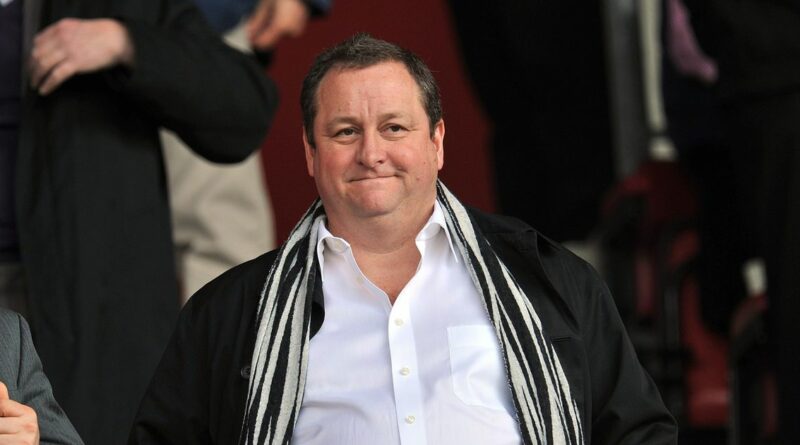 A new era has dawned on Tyneside, with Newcastle United under the ownership of a new consortium, led by PCP Capital Partners’ financier Amanda Staveley and funded by the Saudi Arabian sovereign wealth fund. In doing so, it calls time on Mike Ashley’s ill-fated 13-year association with the city as the club’s controversial owner.

The Sports Direct tycoon endured a fair share of run-ins with the club’s support, and with a handful of the club’s managers.

Tensions between the club’s enthusiastic fanbase and the Buckinghamshire billionaire were never far from boiling point after the sportswear magnate’s repeated abuses of trust in the eyes of the Toon Army.

Upon appointing club legend Kevin Keegan as manager in 2008, Ashley was seen to undermine the man he referred to as ‘King Kev’ by appointing Dennis Wise and Tony Jimenez to the boardroom to oversee signings.

The likes of Xisco and Ignacio Gonzalez arrived at St James’ Park with Keegan reportedly being told to check out his new players on YouTube.

Needless to say, both signings were bonafide car crashes with Gonzalez playing just once, and Xisco – a Spanish striker – scoring on one occasion in five years.

Incensed by the club’s transfer committee going over his head with incomings and outgoings, Keegan left the club acrimoniously, much to the disgust of the Toon Army.

A year later he was awarded £2 million in damages, winning a court case over the club for constructive dismissal.

In court, it was revealed, "the club admitted to the Tribunal that it repeatedly and intentionally misled the press, public and the fans of Newcastle United.”

The subsequent managerial appointment of Joe Kinnear in 2008 who had been out of top level football management for 10 years, was met with vitriol in the fanbase and local press. Kinnear bit back, unleashing an expletive-laden first press conference, which included calling one journalist a “c***”.

What is the defining moment of Mike Ashley's period as Newcastle United owner? Let us know in the comments section below.

Kinnear’s posting and subsequent behaviour was seen as a scourge on the name of Newcastle United, which would only be sullied further through the re-naming of the club’s famous stadium.

In 2011, St James’ Park became the Sports Direct Arena – named after Ashley’s budget sportswear giant. Having already soured relations with the club’s supporters in recent years with managerial and boardroom turmoil, the decision to rename the stadium was seen as nothing short of sacrilege.

Then in 2013, Joe Kinnear returned to the club in a Director of Football capacity, referring to 31-year-old striker Shola Ameobi as a ‘good, young player’ and pronouncing star player Yohan Cabaye’s name incorrectly in a local radio interview.

This was not Kinnear’s first incident of misspeaking either; during his stint as manager in 2008-09, he referred to star French winger Charles N’Zogbia as “Charles Insomnia” who had previously failed to sign a new contract and subsequently requested a move from the club.

While on a scouting mission to Birmingham City as Director of Football, Kinnear identified Blues’ midfielder Shane Ferguson as a player Newcastle should be targeting – only to find that Ferguson was in fact on loan at the club from Newcastle United.

By this point, new manager Alan Pardew had been awarded an unprecedented eight-year contract by Ashley after finishing fifth in the 2011-12 Premier League season.

Pardew – who was seen as a ‘yes man’ among Newcastle supporters – would go on to suffer disciplinary action from the FA for pushing a linesman, verbally abusing Manuel Pellegrini on the touchline and headbutting Hull City’s David Meyler in 2014.

Perhaps the incident which displayed Ashley’s ignominy in the eyes of Newcastle supporters most, came in 2015. Upon receiving a diagnosis for testicular cancer, Argentine winger Jonás Gutiérrez accused the club of disability discrimination, which culminated in another successful lawsuit against the club.

After battling back to full fitness, Gutiérrez ensured Newcastle’s survival by scoring on the final day of the 2014-15 season. He was subsequently released via telephone by caretaker boss John Carver weeks later.

After years of Ashley’s ownership, a relegation, two lawsuits levelled at the club by fan favourites and poor board-supporter relations, the fanbase strongly believed he was incapable of appointing individuals befitting of the posts they held at the football club.

That was until the appointment of Rafa Benítez in 2016. The Champions League-winning manager ushered in a new age on Tyneside, helping the club back to the Premier League at the first attempt in 2017 and re-invigorating a divided and divisive fanbase.

However, during Benítez’s three years in charge, multiple requests were made for improvements to the training ground and for specific transfer targets – all of which were ignored by the club’s hierarchy.

Blame was laid at the door of Ashley once again, whose use of St James’ Park and the club as an advertising arm for Sports Direct had limited Newcastle’s commercial potential and ability to support Benítez’s aims for the club.

The club’s latest accounts showed that Newcastle United’s commercial income was lower in 2018 than it had been in 2008 when Ashley took over.

Not only had this limited the commercial potential of the club, but the team’s progression on the pitch. Players were routinely sold and replaced with cheaper or loan alternatives, much to the dismay of Newcastle supporters.

Benítez was the latest to depart St James’ Park in 2019, with his contract coming to an end. Fans believed strong attempts to keep a manager of his pedigree were not made, due to the Spaniard’s repeated requests for investment.