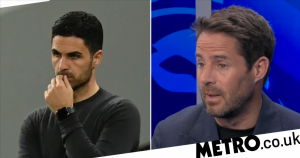 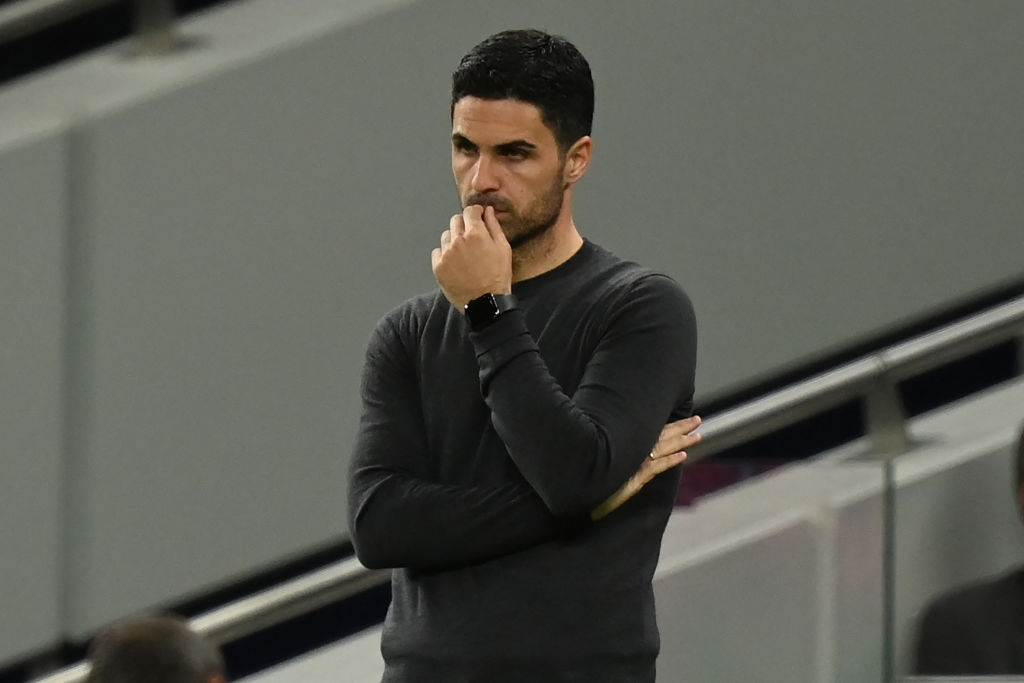 The Gunners suffered a 3-0 defeat to their rivals on Thursday night, which has damaged their chances of landing a top-four finish.

While Arteta’s side are still in the driving seat, one point above Spurs with two games to go, they missed the opportunity to seal a return to Champions League football with a win at the Tottenham Hotspur Stadium.

A nudge in the back from Cedric on Heung-min Son resulted in a penalty for the hosts, which Harry Kane converted to make it 1-0.

Not long later, Rob Holding was sent off after a second yellow card for a foul on Son, resulting in an uphill battle for the Gunners.

Kane then headed in for his brace before half-time, and Son recorded Spurs’ third goal of the game early on in the second half to effectively end the contest.

Speaking to Sky Sports after the match, Arteta was clearly fuming with the decisions made by referee Paul Tierney.

Asked if he was unhappy with his players, he said: ‘With my players, no [not unhappy]. I’m so proud of my players.

‘It’s a shame because a beautiful game was destroyed today.’

But former Tottenham and Liverpool midfielder Redknapp has dismissed the Arsenal manager’s complaints.

‘I don’t understand where he’s coming from in that interview,’ Redknapp said on Sky Sports.

‘If you think about the decisions and what Rob Holding did, he should have got booked earlier, could have got sent off. I don’t see what his complaints are with that one.

‘The penalty, he should be saying to his right back, “What are you doing?” You’ve given the referee a decision to make. It’s a poor decision from his point of view.

‘Sometimes when you play away, things don’t always go your way. But the big decisions, the referee actually got them right today.

‘If anything, I’m not sure Mikel Arteta had his best night. He’s had a great run of form. He’s done so well, we’ve all applauded how well he’s done.

‘But today, he should have acted quickly. He didn’t.’ 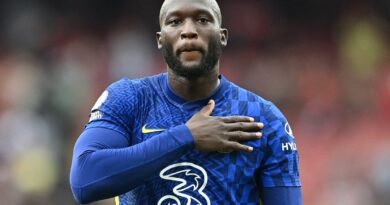 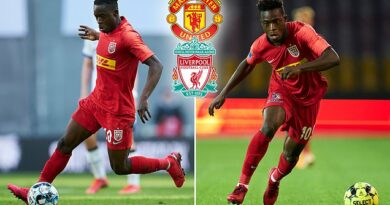