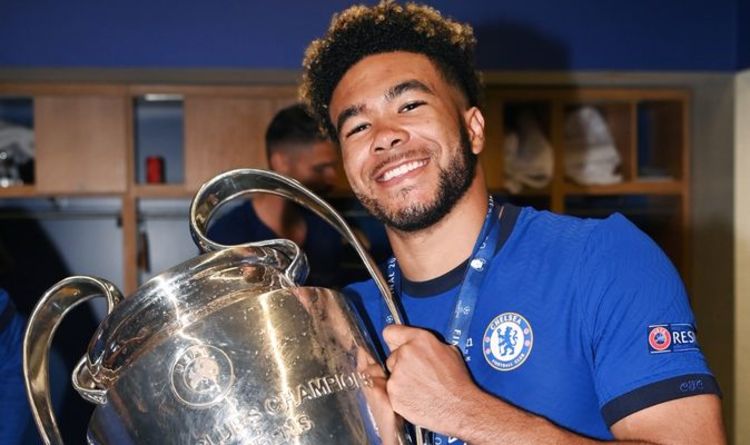 Asked about Chelsea’s Champions League winning star James back in 2020, Alexander Arnold said: ‘I remember him always being good for Chelsea youth teams, remember watching him in the FA Youth Cup.

“Chelsea is probably the hardest team to break into as a local lad and as a young English player.

“For him to be able to do that is a statement itself.

“He has shown since he came in over the last year or so that he is a good player, solid defensively and good going forward.

“He is an all-round right-back and probably up there with some of the best in the league.”

Southgate faces one of his most difficult selection decisions this week as he looks at his right-back spot, with James, Alexander-Arnold and Kieran Trippier all in the frame. 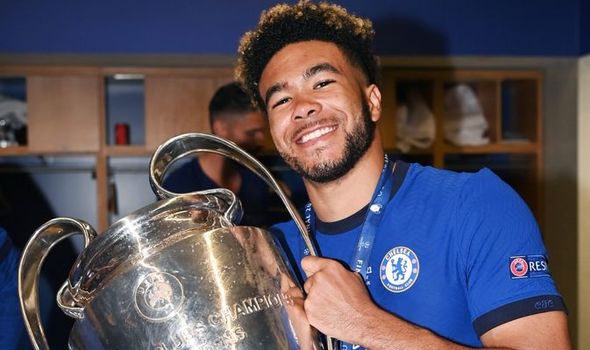 But James, on Saturday night in Porto, with a flawless display against Manchester City, laid down a formidable marker.

The Chelsea academy product, given his chance in the first team last season by Frank Lampard after a year on loan at Wigan that saw the phenomenally strong, pacey, skilful and intelligent youngster win three awards, including the club’s Player of the Year gong.

When he first burst onto the first-team scene at Stamford Bridge, James, although superbly athletic and quick, had a tendency to get caught out defensively as he pushed upfield.

Those lapses in concentration appear to have been ironed out under Tomas Tuchel, however.

The German also at first preferred to use the experience of Cesar Azpilicueta as his first choice right back when he arrived.

But James fought his way back in as Chelsea switched to a three man back four.

Azpilicueta’s versatility enabled him to drop back into a centre back role, with the youngster coming into his own as a wing back.

James’ versatility would also be a bonus for Southgate.

He can play either as a right-back, wing-back, can slot into the centre of defence, and has on occasions moved into midfield.

In fact one criticism of the Redbridge-born youngster, whose sister Lauren plays for Manchester United women, is that he sometimes plays it TOO safe on the flank, when he clearly has the ability to take on players and beat them.

His crossing is accurate and his defending now more solid. 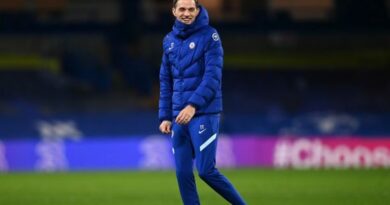