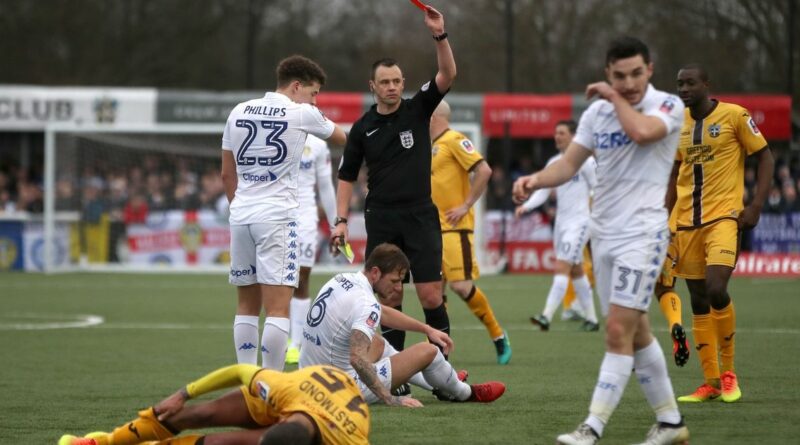 Football referees have begun to use an online tracker to ensure that they can get home safely after fixtures due to the horrific abuse that some endure after the final whistle.

The app was initially developed to protect lone women on their journeys from point A to point B, but many are beginning to see the utility of having a system that knows where you are at all times.

Former Premier League referee Graham Barber is behind the app and is now pushing for the FA to ensure referees up and down the country get on board and feel safer when leaving matches.

The role of a referee is a thankless one and even at a very low level, even children’s local Sunday league, they are subject to vile abuse on a fixture by fixture basis.

So to avoid that maltreatment continuing on the officials’ way home, the app is a way to prevent them from clashing players and fans.

Speaking on behalf of the Referee’s Association, Paul Field said that newfound coaches and managers have to shoulder some of the blame for how officials feel as they “think they are a mini-Jose Mourinho and can say whatever they like.”

Although it isn’t the perfect outcome to the scenario, which would quite literally be ‘stop abusing people’, Barber believes the app can be seen as a ‘guardian angel’ for referees.

“This allows them (officials) to have a guardian angel on call and to have their journeys followed to and from the match," he explained.

Should referee's have more protection from the FA? Have your say in the comments below.

“This is for everyone, but we’re extending it to referees now.”

The news comes shortly after Northamptonshire FA have revealed that they will be issuing a five-year ban to anyone who abuses officials after they revealed the mass incidents they have already had to deal with this season.

“In line with the national game, NFA has a zero-tolerance policy on abuse or assault of match officials. Sadly, this policy has been utilised in recent weeks to remove perpetrators from the game for a minimum of five years, which is the maximum penalty under current FA regulations,” their statement read.

“There is no excuse for the behaviour of a minority of individuals and football simply will not accept or tolerate it.”

Bournemouth vs Wolves LIVE – PLUS action at Newcastle vs Huddersfield