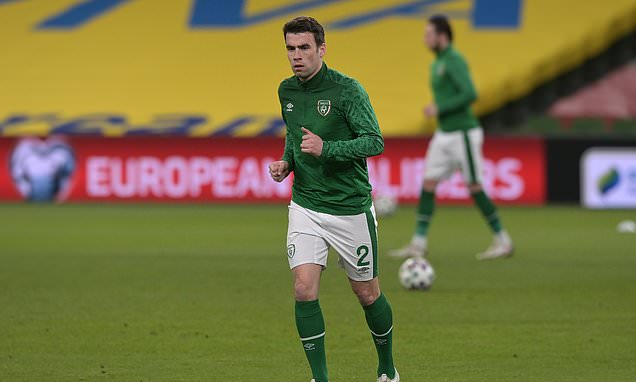 LIVE: Republic of Ireland vs Luxembourg – Follow all the World Cup qualifier action with Cristiano Ronaldo’s Portugal and Belgium’s team of stars in action too

Despite losing the 3-2 to Serbia in midweek in their opening 2022 World Cup qualifier, the Republic of Ireland at least managed to arrest a slump of seven games without a goal, a run that saw them lose home and away to Finland and resulted in their Euro 2020 qualifying dreams dashed at the final hurdle by Slovakia.

Aaron Connolly has returned to club side Brighton after playing 67 minutes against the Serbians following a recent return to first-team action. The forward appeared to be bothered by cramp and a calf issue when he came off.

This is Luxembourg’s first match of the campaign.

Follow Sportsmail’s Alex Bowmer for live World Cup qualifier coverage of the Republic of Ireland vs Luxembourg, including scoreline, lineups and build-up.

Elsewhere, Group A rivals Serbia and Portugal are also in action, which we will keep you up-to-date with.

Diogo Jota has put Portugal ahead against Serbia.

Matt Doherty can continue. Vincent Thill’s brother Olivier has been booked for a foul on Jason Knight.

Alan Browne flings his head at a cross and isn’t able to get any purchase on the header and clutches his head after clashing with visiting defender Marvin Martins. Both are fine… but now Matt Doherty is down.

Enda Stevens plays a one-two with Callum Robinson and just about keeps it in before being dispossessed.

Vincent Thill tries his luck again, but his shot is off target.

Gavin Bazunu’s first experience of international football is a positive one as he gathers in Vincent Thill’s shot.

Lastly, we will updating you on Czech Republic vs Belgium. The Czechs kicked off their campaign with a 6-2 win in Estonia, while Roberto Martinez’s men saw off Wales 3-1.

We will also be providing updates from Serbia’s clash with Portugal, who beat Azerbaijan 1-0 in their opening World Cup qualifier.

Luxembourg are No 98 in the world and enjoyed a strong 2020, with wins over Azerbaijan and Cyprus in the Nations League, as well as a memorable triumph over Montenegro in Podgorica.

They are currently on a four-game winless run and lost 1-0 in a friendly to Qatar in midweek.

It is very much a family affair in the squad, with brothers Olivier, Vincent and Sebastien Thill all selected (the former two are starting today).

Stephen Kenny has made three changes, with the most eye-catching one in goal, where Gavin Bazunu comes in for Mark Travers.

Bazunu has been plying his trade Rochdale in League One this season and according to Opta has become the first teenage goalkeeper to start a European World Cup qualifying match since Jan Oblak in September 2012.

Aaron Connolly has returned to parent club Brighton as his fitness continues to be managed, with James Collins starting in his place after coming off the bench to score the consolation goal in the 3-2 defeat to Serbia.

…and welcome to coverage of this evening’s pivotal clash for the Republic of Ireland against Luxembourg. Team news coming right up.

Brentford’s Chris Mepham may be on the move to Bournemouth 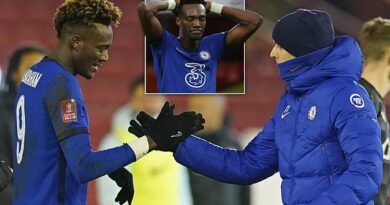