Liverpool duo Rhys Williams and Nat Phillips have had an unlikely battle for places in the first-team this season.

Injuries to Joe Gomez and Virgil van Dijk have seen the two youngsters given a chance for minutes.

Jurgen Klopp has reportedly decided against signing a new centre-back in order to continue giving them minutes.

Williams, 19, has played in all six of Liverpool ’s Champions League fixtures so far this season, having come on for James Milner against Ajax in the opening group game.

Since then, he started three of their remaining five group games, and has made a pretty impressive impact on the side.

He’s managed to successfully earn more minutes than Phillips, who has also been trying to find a way into the team.

The 23-year-old has played twice in the Premier League, and has been left on the bench seven times.

And Williams has discussed his battle for minutes with Phillips, and insisted there’s no needle between them.

He said: “We never take it badly if another one of us gets picked, we’re always congratulating each other. I think it’s healthy to have competition around the changing room, you don’t want stuff handed to you on a plate.

“Once you earn the right to get in there, that’s the better feeling than just being gifted the opportunity.

“When Nat gets an opportunity I’m happy for him because he has done great in the games he has played, and I think it’s the same when I get my opportunity: he is pleased for me as well.”

Williams also praised Van Dijk, and discussed what he he’s learned from the Dutchman.

He said: “He’s a player I’ve been watching and admiring from where I’ve been playing since he has come to the club.

“I can see why people call him the best defender in the world, because he makes everything seem so easy and he helps everyone else around him with his voice and his instructions.”

Arsenal players’ and stewards’ gesture to fans upon Emirates return 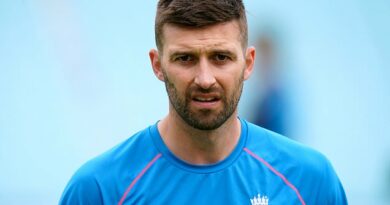