Ricardo Rodriguez has endured a difficult couple of seasons in his club career, falling out of favour at AC Milan before being loaned to PSV in 2019 and sold to Torino the following year.

A former standout star in the Bundesliga with Wolfsburg, the full-back has found himself in the less familiar position of having to battle for his place in recent campaigns.

But his status with Switzerland has rarely been in doubt, and the left-sided star has played every minute thus far of his country’s Group A campaign at Euro 2020.

It’s an even more remarkable outcome considering Rodriguez, 28, was given only a 50 per cent chance of survival at birth due to a defect called a diaphragmatic hernia.

His mother, Marcela, learnt of the condition when she was eight months pregnant. A ‘defect or hole in the diaphragm’ meant Rodriguez’s stomach, spleen, liver and intestine moved upwards into his chest, requiring emergency surgery immediately after he was born.

It was thanks to those efforts—and possibly some intervention from his family—that the defender went on to star in the top flights of his native Switzerland, Germany, Italy and the Netherlands.

The Guardian recounted in 2018 how Rodriguez’s grandfather, Nelson, ordered a priest to leave the hospital room after doctors sent one out of concern for the infant: “My grandson is strong enough, he will survive, don’t you worry about that.”

An image of the Virgin Mary—or ‘Madonna’—was placed in Rodriguez’s bed by his uncle, something Marcela attributed as a major factor in his survival.

Do you think Switzerland will advance from Group A at Euro 2020? Let us know in the comments section.

In a 2011 interview with Swiss newspaper Blick, she remarked: “Our Lady did a good job.”

So severe was the scare that Rodriguez had to check in with the hospital every six months for the first three years of his life, with his mother remembering he “wasn’t even allowed to catch a cold.”

The pair developed a rare connection through that ordeal, inspiring Rodriguez to have the number ’68’—signifying the year of his mother’s birth—tattooed on his back after Marcela died of cancer in 2015.

Vladimir Petkovic’s side are yet to win at the tournament and must beat Turkey on Sunday if they’re to have any chance of clinching a place in the knockout stages.

Italy look destined to win Group A ahead of their climactic clash against second-place Wales, who are also on course for a top-two place as things stand.

It’s been a difficult road to Euro 2020 from the very beginning, but Rodriguez is now on the verge of joining some esteemed company among Swiss football’s elite.

He has earned 83 caps and will pull level with national team legend, Alexander Frei—Switzerland’s all-time top scorer—at 10th in the country’s caps list if he features against the Crescent Stars.

Petkovic guided Switzerland past the first round of a European Championship for the first time in their history in 2016, where Rodriguez played every minute of their campaign in France.

Progressing past the group stage at Euro 2020 would represent a daring escape for the country, though nothing compared to the odds Rodriguez has beaten to reach this point. 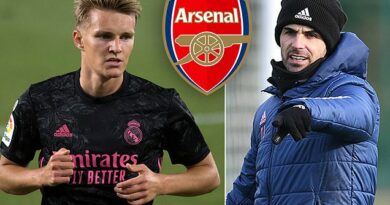