Home » Soccer » Ricky Hatton: Why I believe Tyson Fury could retire if he beats Dillian Whyte 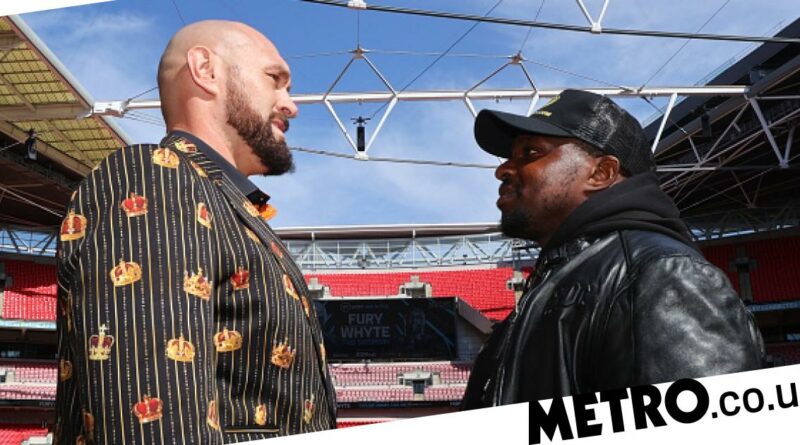 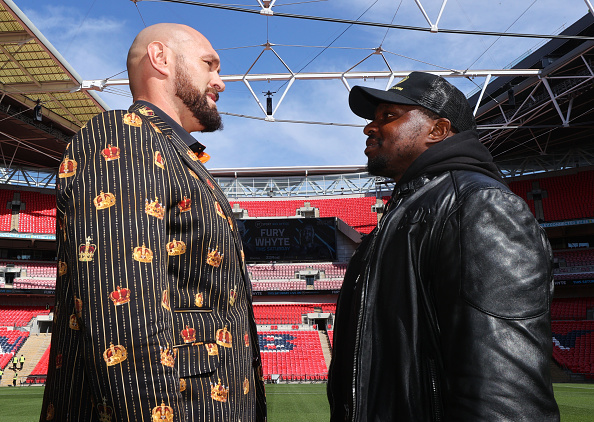 In his latest column, the British boxing breaks down Saturday’s Battle of Britain and looks ahead to a huge night for Jack Massey on Fightzone next week.

No one deserves this title shot against Tyson Fury more than Dillian Whyte. It’s been a tough road but Dillian has never taken his eye off the prize, he has kept that self-belief throughout this long wait.

When he was on the verge of getting his chance he had to come back from that shock defeat to Alexander Povetkin and did that in style.

Amid all the waiting and uncertainty, he didn’t let anything get him down, he has worked hard at every stage and I think anybody that can take those knocks and still have that fire and still be as dedicated as Dillian has been deserves it. He has done it the hard way. He has paid his dues and he is still here and that makes him a very dangerous man.

But this is Tyson’s fight to lose

Dillian has got to take it to Tyson. Of course, that is easier said than done. Tyson beats Dillian in every area, truth be told. But sometimes even the best fighters don’t win. They come unstuck because of the game plan. If Dillian avoids walking onto any silly shots and draws Tyson into having a fight with him – which Tyson isn’t shy of doing – he has a big chance.

But to be honest, it is more about what Tyson does on the night rather than what Dillian does. If Tyson goes to war like he has done in his last two fights against Deontay Wilder, Dillian has a fantastic chance. But if Tyson does what he does best and picks him off, makes him fall short and frustrates him, he will break Dillian down and maybe force a late stoppage.

I think Tyson’s team will have told him: ‘You are not getting any younger, we can’t afford to have another one of those ding dongs. Let’s be nice and smart this time. Make him miss and make him pay. Torment him and p**s him off.’

Later on we might see Tyson put his foot down and I can see him getting Dillian out of there maybe round seven or eight.

Tyson knows he can’t go toe-to-toe because he is giving up all the advantages he has if he does that. He will want to do everything in his power to make sure Dillian doesn’t clock him. And for me, than means keep it long range, hit him hard from a distance and make him fall short. Break him up in the early rounds rather than going to war. Tyson can make this fight as hard or as easy as he wants.

If this is to be Tyson Fury’s last fight, he should be more than satisfied with his career. He could retire quite comfortably knowing all he has achieved in the sport and I would like to see him retire in a sense.

He keeps getting back up and being knocked down but I am worried about that one day coming where he gets knocked down and he can’t get up. Your chin gets broken down over a number of years. When I fought Kostya Tszyu, he could have hit me with a baseball bat, never mind a right hand and he wouldn’t have knocked me out.

But it is like chopping a tree down, over and over it gets chipped away and that is what happens with your punch resistance. All of a sudden, you’re down and it just isn’t your day anymore. I hope that doesn’t happen to Tyson. I just worry that might happen one day. And Dillian is very much capable of doing that on Saturday.

Having said that, of course we want to see him fight Anthony Joshua or Tyson Fury, don’t we? I would like to see him retire as his friend but I don’t think he will. He is still very much a fighting man. Knowing Tyson, if he were to call it a day, he would be sat on his couch in 12 months time saying to himself: ‘I knew I should have fought AJ, I knew I should have fought Usyk.’

So if he is going to do that and push for those fights, do it now. I don’t want to see him retiring with regrets. But I think he could retire now and retire a proud man. I am proud to call him my friend after what he has been through inside the ring and outside.

It is not nice seeing your friends get hurt so what better way to end his career than beating Dillian Whyte at Wembley Stadium in front of 94.000 people.

We are also counting down to a big night for Jack Massey on Fightzone as he makes the first defence of his IBO cruiserweight title against Vaclav Pejsar on 30 April.

Jack is going back to where he won the belt in Bolton. His confidence will be sky high here and he has been given a decent test against Pejsar who has won four of his last fights to earn his shot at gold.

Of course, Jack will be looking for bigger and better fights with so many great options out in that cruiserweight division, against the other champions like Lawrence Oklolie and the likes of Richard Riakporhe and Chris Billam-Smith.

It’s great for Dennis Hobson to have a champion on Fightzone so it will be another big night for all involved. But the hardest thing in boxing isn’t winning the title, it is holding onto it. There will be pressure on Jack because this lad will be coming to take his title away but I am sure he will be relishing the occasion.

Get all the Fightzone action free for three months – visit www.fightzone.uk to subscribe 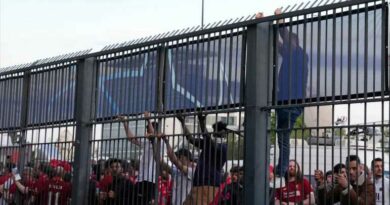