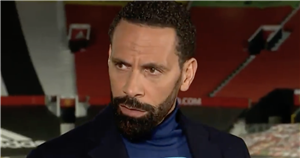 Ole Gunnar Solskjaer was spot on to suggest Manchester United must spend big this summer to ensure they have a squad depth similar to Manchester City's next season, says Rio Ferdinand.

United slumped to a 2-1 defeat at home to Leicester on Tuesday night, paying the price after Solskjaer was left with no choice but to shuffle the pack and rest his key men.

Having played away at Aston Villa on Sunday, and with their rearranged fixture against Liverpool to come on Thursday, the Red Devils boss was forced to field some of his fringe stars and academy prospects against Brendan Rodgers' men.

As a result, the Foxes picked a precious victory at Old Trafford on Tuesday night, which also confirmed City as Premier League champions.

When discussing Pep Guardiola's title winners after the game, Solskjaer said: “You know, if you want to take up the challenge with them, of course we have to strengthen our squad.

“Congratulations to them, they’ve had a fantastic season.

“Very pleased with my boys because they’ve made it into the last 10 days of the season with a Man City team ahead of us that are lauded as the best in Europe.

“We’ve done well, but we want to take the next step and it might be that we need a couple more to have a strong squad.”

And Ferdinand agreed with his former team-mate, saying on BT Sport: “I think it’s evident. You see the team, if you change the squad.

"Man City can do this. They’d come here today and be comfortable, wouldn’t look like a team out of sorts, being thrown together.

“Man United today had young kids playing, the two wide boys, very inexperienced. Man City change their team like this and they just look like the first XI.

“You don’t see a change because of the quality, the depth in their squad.

“Man United, to get to that level, I think Ole is perfectly right, they have to invest in the transfer market and I imagine they will.”

READ MORE:Two things Ole Gunnar Solskjaer got right and one he got wrong in Man Utd's defeat to Leicester 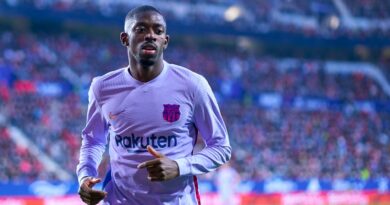