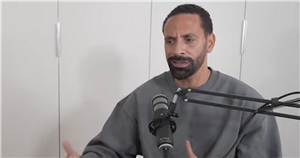 Manchester United legend Rio Ferdinand has changed his mind on whether to sack Ole Gunnar Solskjaer or not.

The Norwegian is under huge pressure at Old Trafford after another shoddy defeat at the weekend.

Manchester City made light work of their local rivals away from home in a 2-0 result that could have been a lot more had they kept up their pressure.

The Red Devils looked lifeless once again – just two weeks after a 5-0 thrashing from Liverpool at Old Trafford.

A 3-0 win over Tottenham in between for United gave Solskjaer some respite but the latest defeat means that they are falling further behind in the Premier League title race.

In their last six league matches, United have managed just four points – akin to a side that would be lucky to stave off relegation rather than a team that spent over £100million on the likes of Cristiano Ronaldo, Jadon Sancho and Raphael Varane.

Ferdinand had always been a supporter of Solskjaer but has changed his mind over the past few days, indicating his old teammate might be better off walking away.

Speaking on his Vibe With Five Youtube channel, the former England international said: “The biggest thing for me is I don't see a philosophy, I don't see an identity.

"When I go and see my team and they get beat that's fine. It happens. But I want to see what they're about. What are you? "He's done what he was brought in to do. He's given the fans hope again.

"Made the fans want to come back and watch the team again. He's done that. He's done a great job in that sense.

"But is he going to take us to win titles? Is he going to make us win Champions Leagues? The football club will be living here and breathing longer than any individual.

"But it's what's best for this football. I just feel that maybe it's time now for the baton now to be handed on to take us on now and I feel Ole would leave now with his head held high.”

Watch out United: Messi and his Barcelona team-mates dress to impress